During almost four decades at the institute, he brought innovation to many complex issues, such as reducing animal use in research.

John Bucher, Ph.D., senior scientist in the NIEHS Division of the National Toxicology Program (DNTP), retired in April after nearly four decades at the institute. His scientific achievements, innovative thinking, and mentorship will leave a lasting influence, according to colleagues.

Throughout his career, Bucher advanced knowledge on the health effects of numerous environmental agents, such as fluoride and cell phone radiation. He also expanded understanding and adoption of nonanimal approaches to toxicological research. 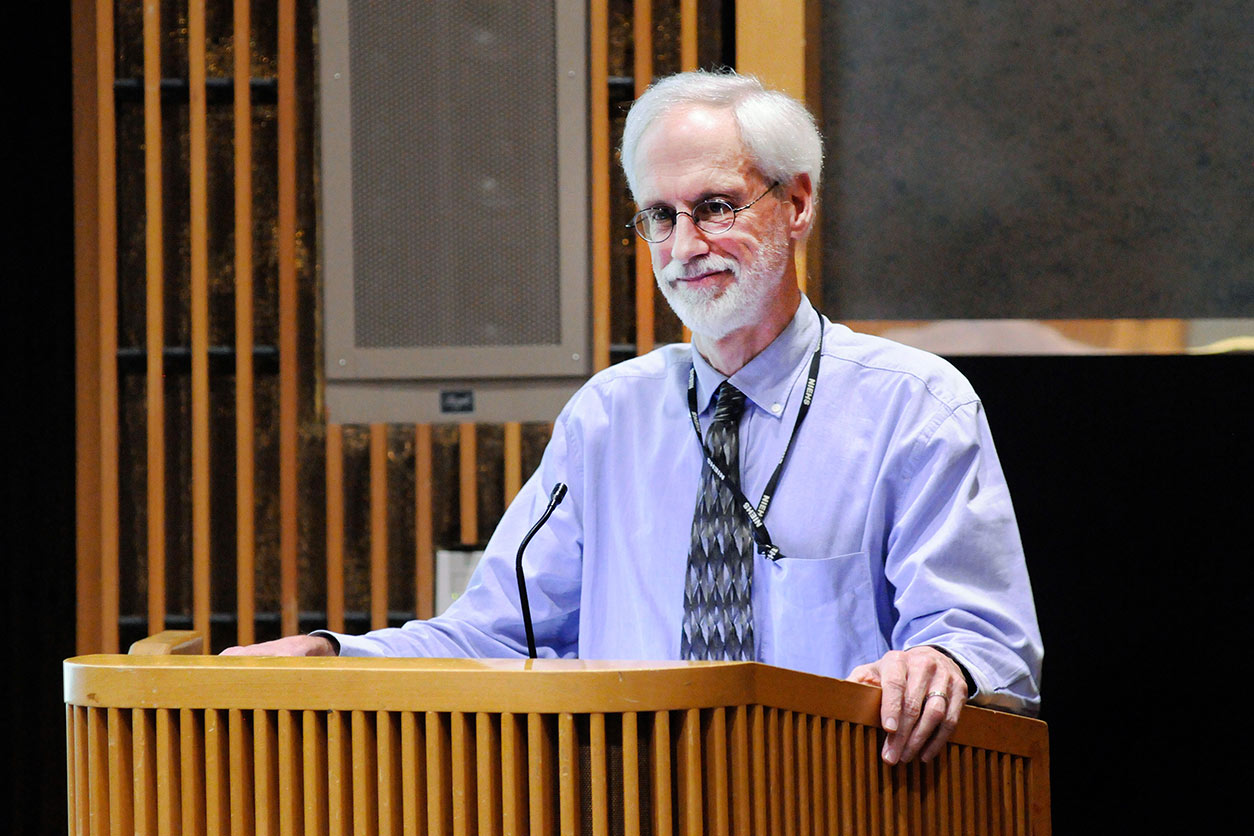 Bucher, shown above in 2014, regularly reported to the NTP Board of Scientific Counselors. (Photo courtesy of Steve McCaw / NIEHS)

Reducing use of animals

After earning his undergraduate degree in biology from Knox College in Illinois, Bucher received a master’s in biochemistry from the University of North Carolina at Chapel Hill. He then took up pharmacology as a doctoral student at the University of Iowa.

Later, Bucher drew insights from pharmacology when developing ways to reduce the use of animals in toxicological research and study chemicals more rapidly and efficiently. He said that his achievements in this regard are especially rewarding.

“Traditional toxicology studies often are too expensive and time-consuming, and it can take years for findings to be disseminated,” said Bucher. “I am proud that my colleagues and I recognized that this was unsustainable and worked to advance novel experimental approaches.” 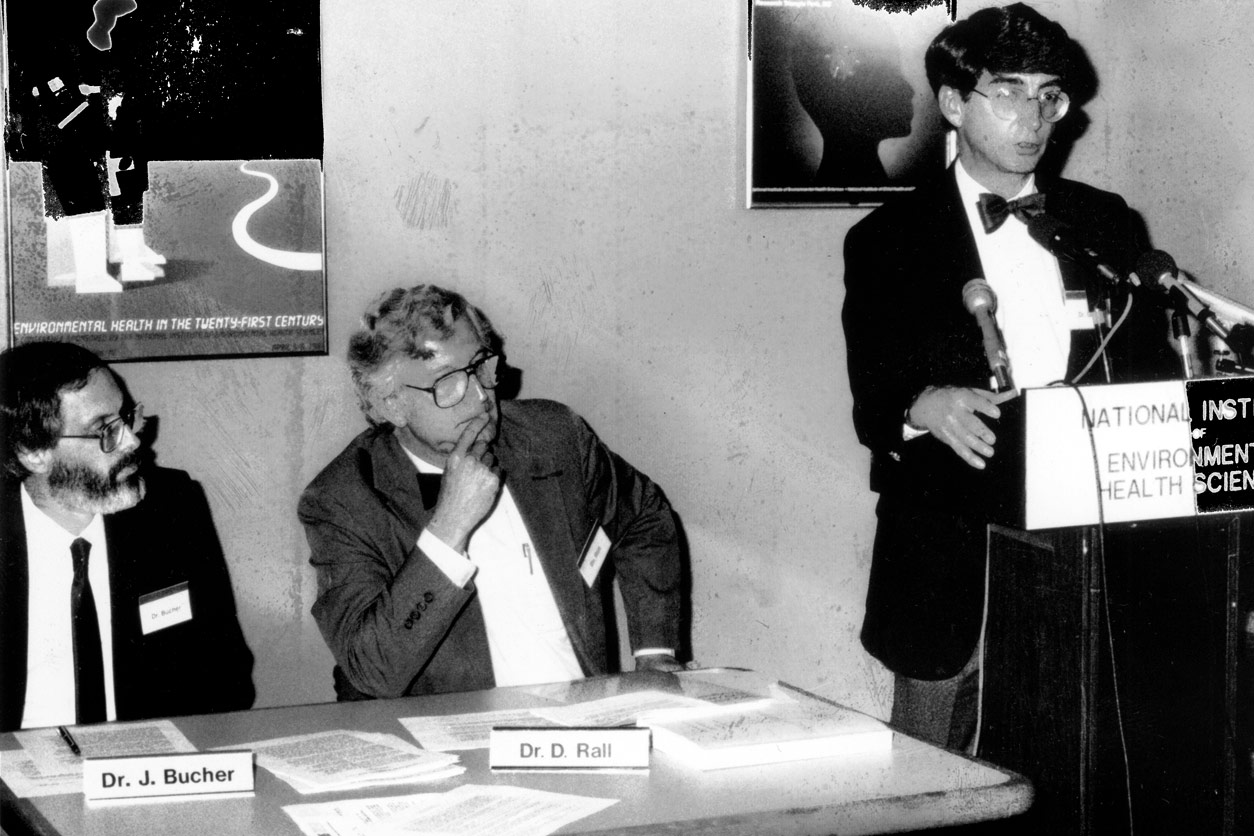 In the early 2000s, Bucher brought his leadership to bear by promoting such approaches in contributions to a strategic roadmap for the National Toxicology Program(https://ntp.niehs.nih.gov/) (NTP). “John brought bold thinking to the field, and he played a pivotal role in transitioning toxicology to a more predictive science,” noted NIEHS and NTP Director Rick Woychik, Ph.D.

John brought bold thinking to the field, and he played a pivotal role in transitioning toxicology to a more predictive science. Rick Woychik

That new focus represented a paradigm shift in toxicology, and it was a significant influence on a major 2007 report by the National Research Council titled “Toxicity Testing in the 21st Century: A Vision and a Strategy.” The publication led to a federal partnership still in place today. 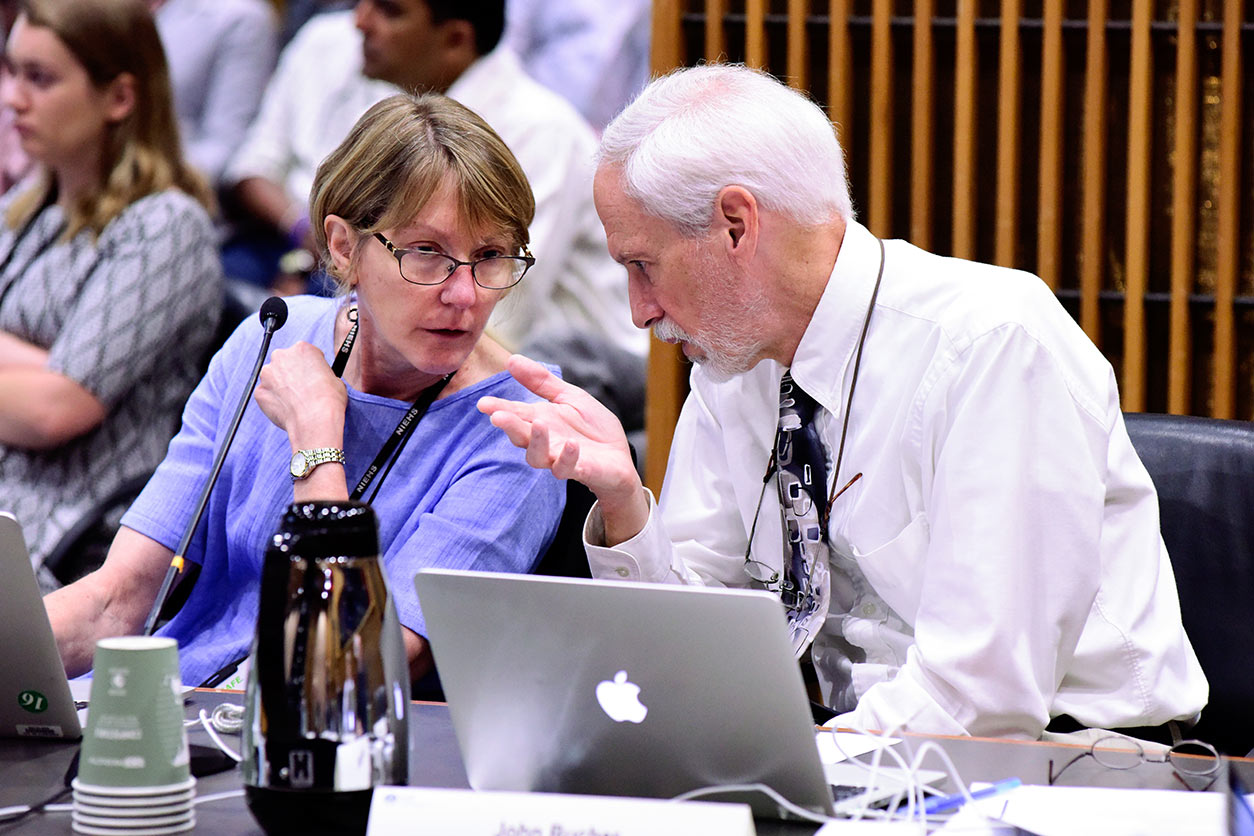 Bucher joined NIEHS as a staff toxicologist in 1983, eventually rising to leadership positions. He became associate director of NTP in 2007. Bucher worked with former NIEHS and NTP Director Linda Birnbaum, Ph.D., to transition the institute’s NTP-related efforts into an intramural research unit, DNTP. He became the DNTP scientific director in 2011.

“John was an amazing, steady force at NIEHS and NTP,” said Birnbaum. “In his quiet way, he moved the science forward, and his retirement leaves a huge hole.”

Some of Bucher’s other contributions and achievements are listed below (see second sidebar for more highlights). He emphasized that all were collaborative efforts. 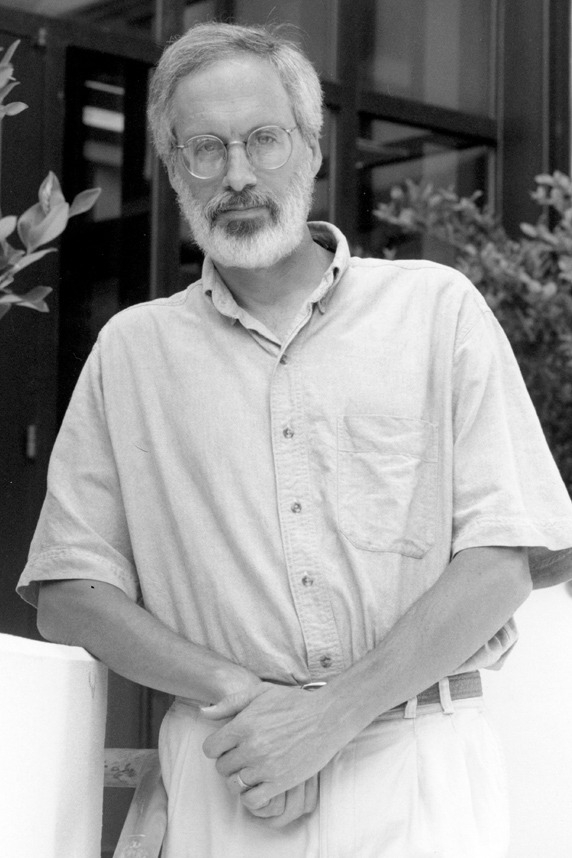 Portrait of Bucher, taken in the 1990s. (Photo courtesy of NIEHS)

Nigel Walker, Ph.D., from DNTP, said Bucher oversaw studies of a variety of exposures while at NIEHS, ranging from acrylamide to zinc. “He literally covered it all, from A to Z,” joked Walker.

“For 10 years as his deputy, I had the good fortune of seeing John operate up close,” he continued. “John was instrumental in helping me and many others get to where we are today. He challenged us and afforded us opportunities where we had to step up to the plate to solve complex problems.

“Due to John’s leadership, the NTP brand is looked upon globally as the gold standard in toxicological research. We wish him a wonderful retirement.”

Check out these papers for more detail on Bucher’s research and ideas. — Ed.

DNTP Scientific Director and NTP Associate Director Brian Berridge, D.V.M., Ph.D., who assumed both roles in 2018 after Bucher stepped down, reflected on the contributions of his predecessor.

“I very much appreciated John staying on in DNTP to support a number of important projects that were initiated prior to my arrival,” said Berridge.

“His support allowed me to spend time to fully engage and learn the complexities of the field of environmental toxicology, the broad scientific portfolio of the DNTP, and the many interagency collaborations we maintain in and outside the formal National Toxicology Program,” he added.

“DNTP has a global reputation for conducting credible and influential science, and John played a major role in that success,” Berridge said.

“I’m honored to have followed in his footsteps, and I hope to support the continuing evolution of DNTP as a catalyst of toxicology innovation, for which John laid a strong foundation.” 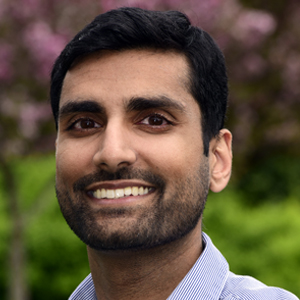