Shedding light on the genetic causes of lung cancer

New findings from NIEHS researchers point to a novel strategy for preventing or treating a common type of lung cancer called lung squamous cell carcinoma (LSCC). The study, published May 14 in Nature Communications, found that a signaling pathway called JNK1-2 plays a key role in LSCC.

Using a new genetic mouse model, the researchers also demonstrated, for the first time, that a single mutation is sufficient to induce LSCC. According to the authors, this animal model will help scientists discover additional regulators of LSCC development. 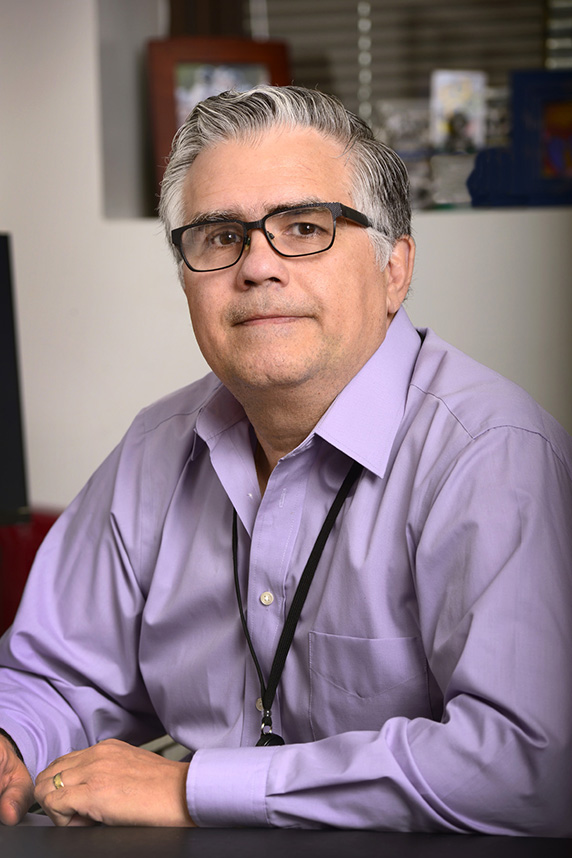 DeMayo and his team study the molecular mechanisms regulating normal physiology and disease development in the uterus and lung to understand causes and treatments for reproductive and pulmonary disorders. (Photo courtesy of Steve McCaw)

“We can use this model to identify the roles of different cell types during the progression of this disease and determine the epigenetic changes as well as the genetic changes in these cells during cancer progression,” said Francesco DeMayo, Ph.D., head of the Reproductive and Developmental Biology Laboratory at NIEHS. Epigenetic changes refer to heritable changes to DNA that affect its function without changing the underlying amino acid sequence.

“This model could also be used to identify environmental agents that promote lung cancer development, as well as molecules that could be used as diagnostic and therapeutic tools to treat the disease,” he said.

“Although the initial stages of human LSCC have been described, there is a lack of in vivo models to mimic the process. Our model recaptures the development stage of human LSCC and can be used to study genetic elements that regulate LSCC development,” said Jian Liu, Ph.D., the study’s lead author and a senior fellow in DeMayo’s group. “The model will help to identify critical targets for treatment of LSCC patients.” 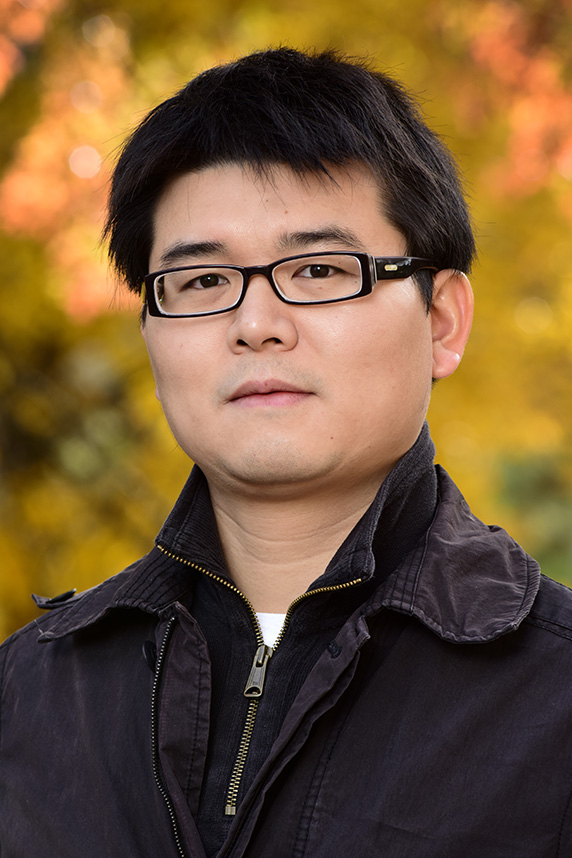 Liu is first author of the Nature Communications study and a senior fellow in DeMayo’s Pregnancy and Female Reproduction Group at the NIEHS.

LSCC includes approximately 25-30% of all lung cancers, which are the leading cause of cancer-related death, according to the World Health Organization.

“The motivation of this study was to establish an in vivo model for squamous cell carcinoma, to identify key drivers of the progression of this disease and identify therapeutic targets for the treatment of this disease,” said DeMayo.

Surprisingly, the researchers discovered that silencing a gene called Lkb1 in lung airway cells is sufficient to induce LSCC in mice. By contrast, LSCC was not induced after manipulation of five other genes that are frequently mutated in human LSCCs.

In contrast to the new findings, past studies in animal models showed that additional mutations in conjunction with Lkb1 deficiency were required to initiate LSCC development. As a result, the role of Lkb1 in driving LSCC development was underestimated and more weight given to other genetic factors.

“Our observations not only place Lkb1 in its right place of the LSCC-driving formula, but also show that our mouse model is a valuable tool for further investigating additional players that contribute to LSCC development,” DeMayo said.

The lungs regularly come into direct contact with cancer-causing environmental agents. In addition to genetic factors, exposure to cigarette smoke, air pollution, radiation, and asbestos may increase the risk of lung cancer.

These environmental challenges trigger regulators of the cellular stress response, such as the JNK1-2 signaling pathway, which, in turn, alters the activity of cancer-related genes. The JNK1-2 pathway has been previously linked to cancers of the lung, breast, colon, and ovary.

“Our findings determine a suppressive role of the stress response regulator JNK1-2 in LSCC development and demonstrate that activating the JNK1-2 pathway could represent a promising therapeutic approach against LSCC,” DeMayo said.

Targeting a gatekeeper — from mice to men

Building on their findings in mice, DeMayo and his team looked at human LSCCs and discovered that the JNK1-2 pathway is also inactivated in a large proportion of other cancers.

“These observations suggest that the JNK1-2 pathway may act as a conserved gatekeeper, preventing the development of squamous cell carcinoma in multiple tissues,” DeMayo said. “Continued identification of the pathways regulated by JNK1-2 will serve to better target and customize therapy for squamous cell carcinoma.”

Taken together, the findings in mice and humans suggest that compounds such as anisomycin, which activate the JNK1-2 pathway, may benefit squamous cell carcinoma patients with low JNK1-2 activity. Clinically, anisomycin has been used to treat diseases caused by certain parasites.

Other drugs targeting the JNK1-2 pathway are approved by the U.S. Food and Drug Administration, or are in clinical trials, for liver and prostate cancers. “It may be possible to repurpose existing drugs that activate JNK1-2 for the treatment of squamous cell carcinoma,” DeMayo said. 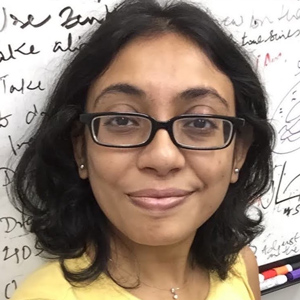