This year’s Juneteenth holiday was celebrated during an inaugural NIEHS day of recognition featuring a lecture and a lunch on June 16. This is the second year that Juneteenth has been recognized as a federal holiday but the first year for any events at NIEHS due to restrictions from the COVID-19 pandemic. 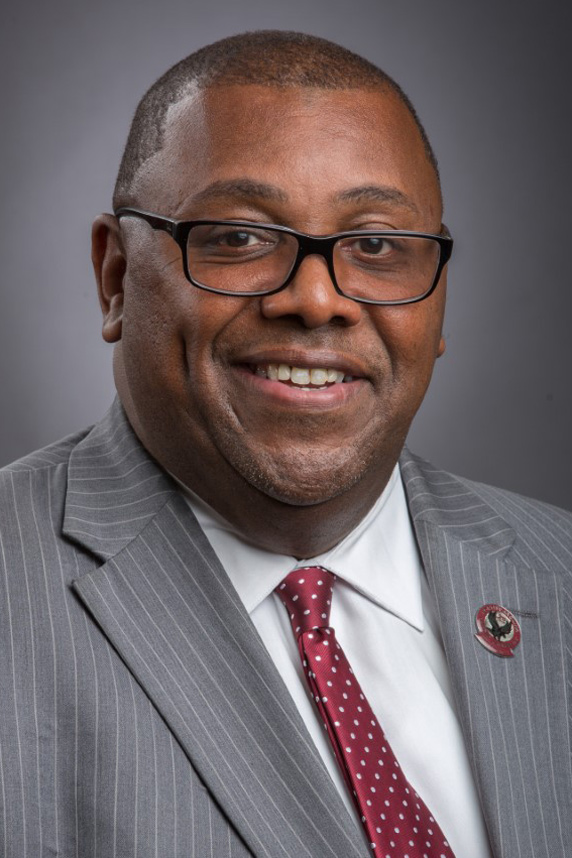 Vann’s talk was titled “A New Birth of Freedom: A Look at the Hawkins and Crutchfield Family in Historical Memory and Photography from Henderson, NC to Cambridge, MA during the Jim Crow Era.” (Photo courtesy of André Vann / NCCU.)

“There is a wonderful African American term called ‘rootedness,’ meaning united with other relatives,” Vann said. “And that’s what happened. My relatives had 40 acres, exactly, in the 18th century. Family and place became very important.” Vann described how his family shared those 40 acres across generations from the 1800s to present day.

“The things that the people who came before us did, mattered,” said Beth Perry, an operations coordinator in the NIEHS Office of Science Innovation and a Juneteenth event planning committee member. Perry said she appreciated Vann’s retelling of his family’s history and how it demonstrates individual family history as an integral part of U.S. history.

The road to a federal holiday 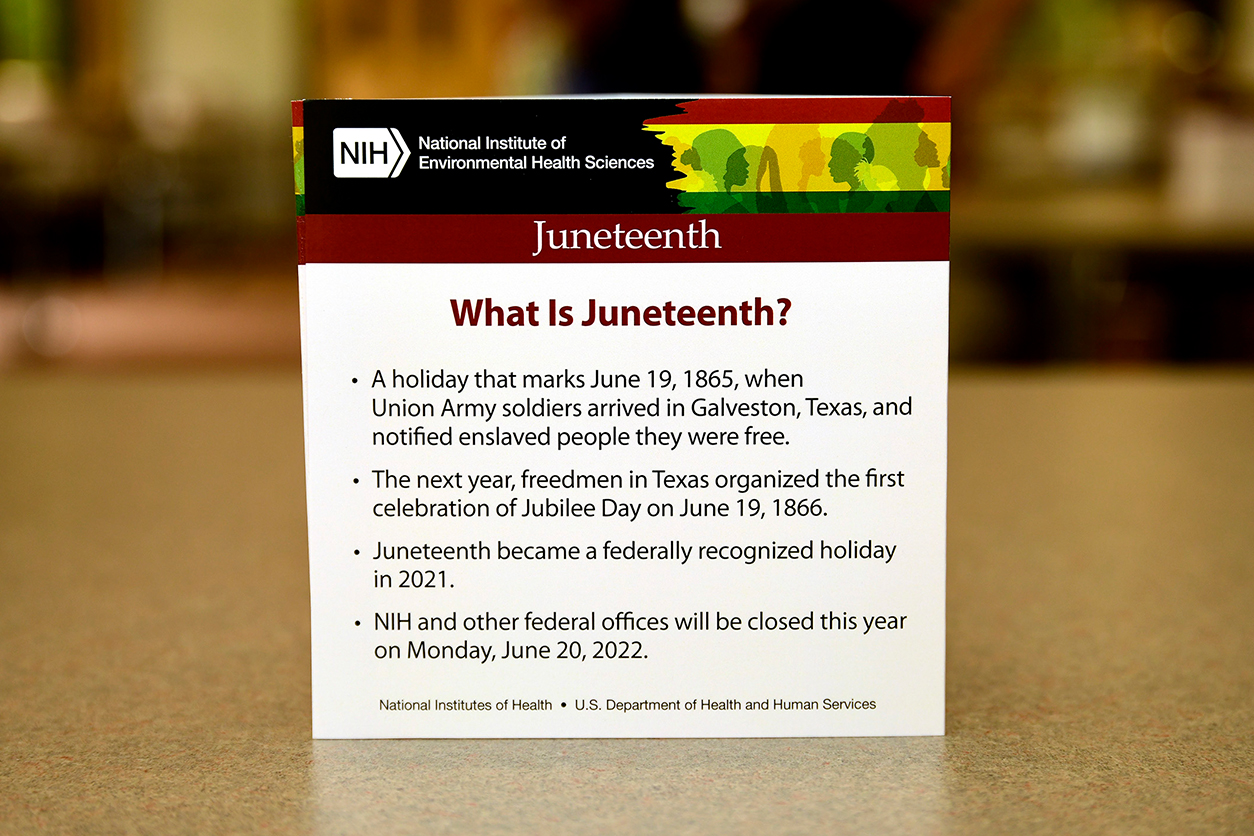 Table tents were placed in the cafeteria explaining the history of Juneteenth, highlighting the event’s lunch menu items, and advertising the Juneteenth lecture. (Photo courtesy of Steve McCaw / NIEHS)

“The thing about this holiday is that it is something that has been shared and celebrated by a lot of African American families for generations and generations,” Perry said. “It is always good to celebrate the things that Black people in this country have achieved, and the way that we’ve made something of nothing in so many cases.”

“The majority of African Americans still reside in the south,” he said. “It wasn’t until the Great Black Migration that you see the mass exodus out of the south to more metropolitan areas. They had expectations and ideas. They did not just accept the conditions. They lived within the confines of segregation, but they also understood the power of coming together and pooling their resources.”

Perry pointed out how these historical events led to some of the science taking place at NIEHS today. 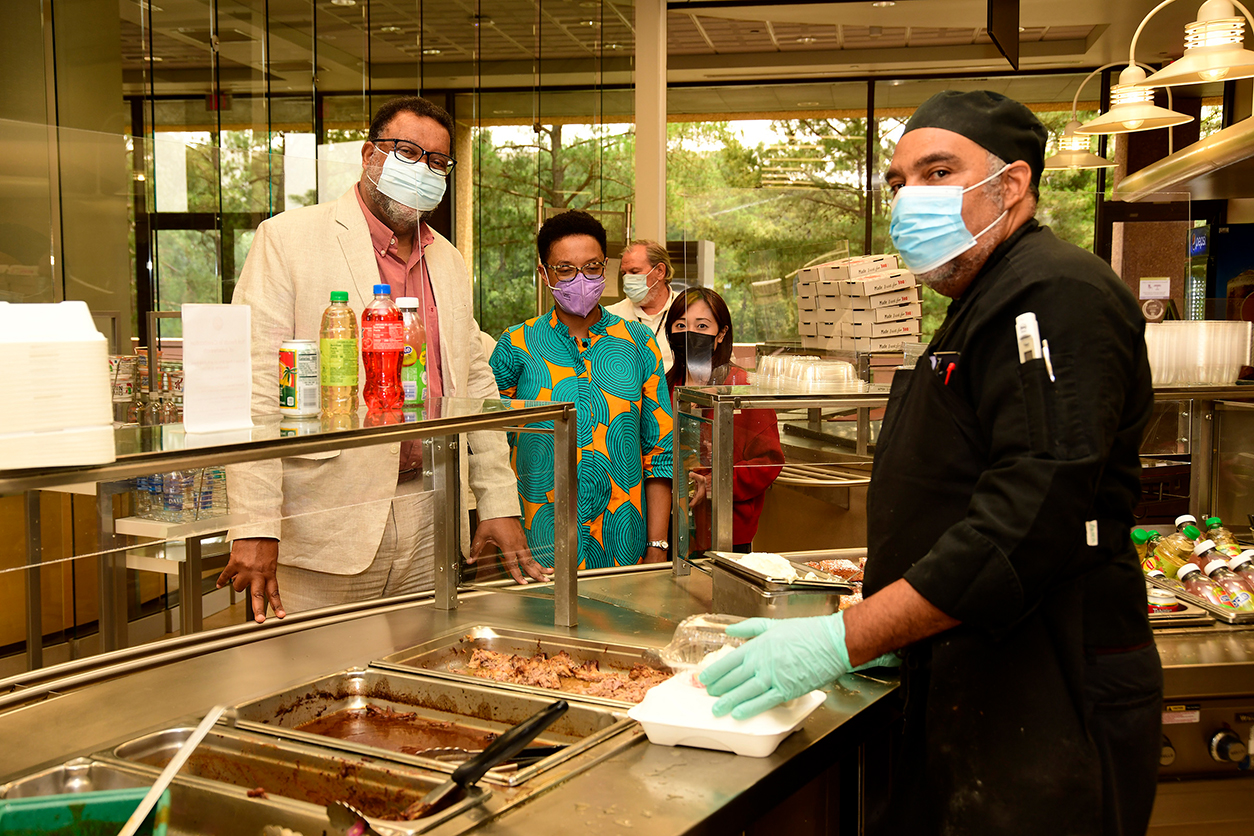 Archer and Perry stand in the meal line in the NIEHS cafeteria after the Juneteenth lecture concluded. (Photo courtesy of Steve McCaw / NIEHS)

“NIEHS scientists are doing such great work on the root causes of health disparities, including the history of redlining in this country and the role of environmental justice in remediating health disparities. So, this history is relevant to the work we do here at NIEHS.”

A Juneteenth-inspired meal of Texas barbecue, beans, mixed vegetables, strawberry cobbler, and fruit soda was served in the NIEHS cafeteria. NIEHS employees from the main campus and from Keystone gathered to enjoy the special menu items.

Texas-style barbeque was served due to the holiday’s Texas origin. Red foods and drinks are historically featured at Juneteenth events. The red drinks honor the kola nut and hibiscus associated with West African people, including the Yoruba, who were brought to America during the slave trade.

“This has been a long time coming,” said Ransom Holliday, feed and bedding lead in the Comparative Medicine Branch. “I am glad they are recognizing Juneteenth as a federal holiday.” 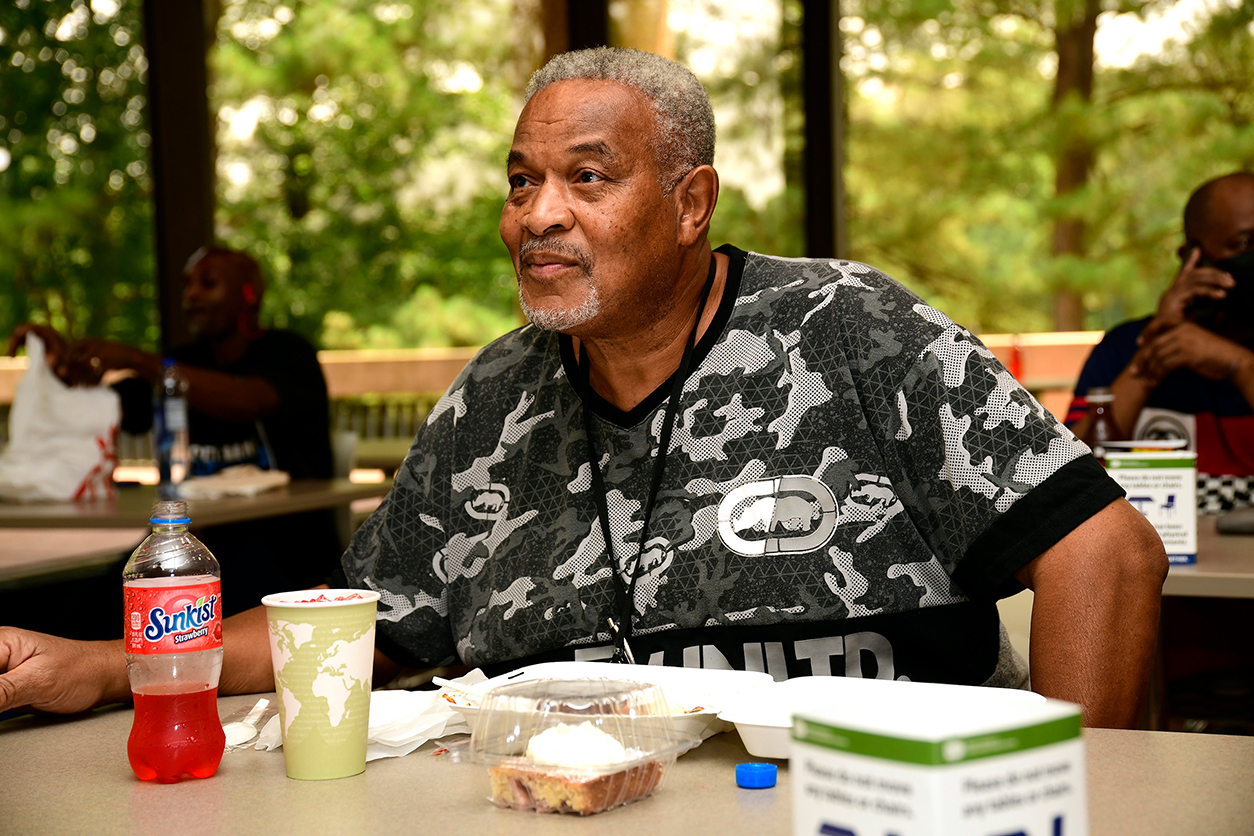 Holliday said he planned to spend the extended weekend in his hometown, Erwin, NC, where a local celebration highlighting the successes of residents would include his wife, who would participate in a book signing.

“I hope that the staff really enjoyed the presentation and learned something about Juneteenth,” said Perry. “We look forward to doing this again next year.”

(Jennifer Harker is a technical writer-editor in the NIEHS Office of Communications and Public Liaison.)

NIEHSers participated in the Juneteenth Move for Equity challenge, hosted by the National Institutes of Health (NIH) 8 Changes for Racial Equity (8CRE). NIEHS is a 2022 partnering institute with 8CRE.

The Move for Equity challenge asked all NIH employees to walk, run, stretch, dance, practice breathing exercises, or engage in some other form of fitness for a distance of 1.9K or a duration of 19 minutes. 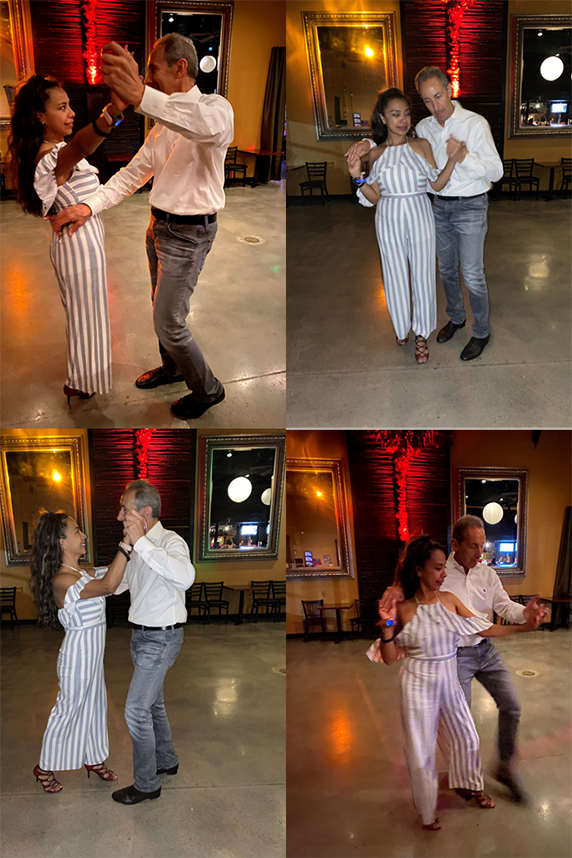 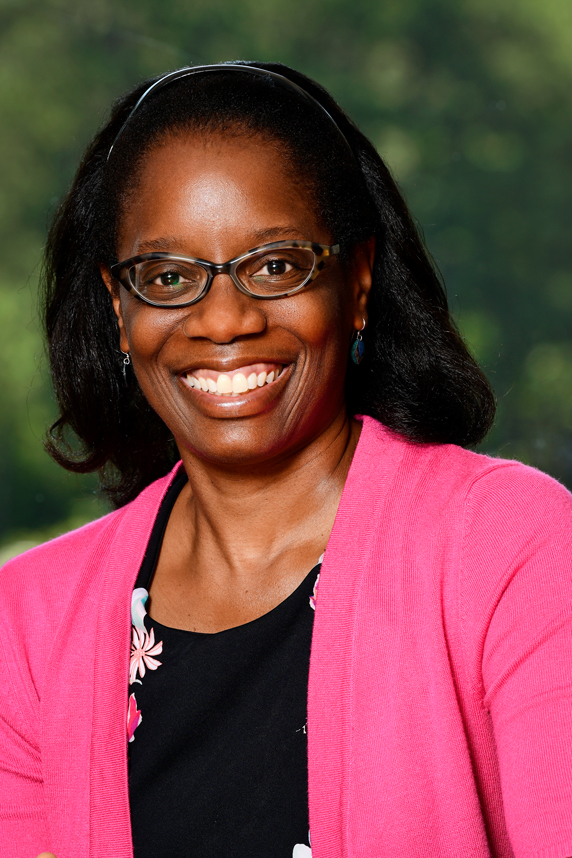 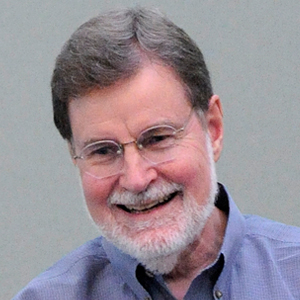 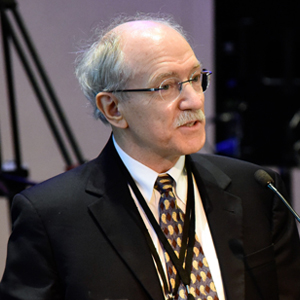 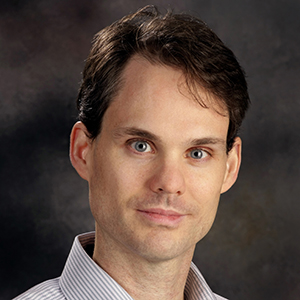 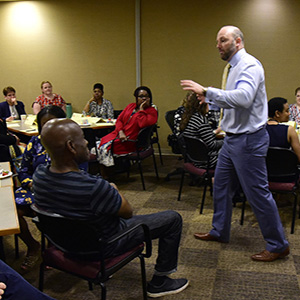