Martin, an NIEHS postdoctoral fellow, told me about her receipt of a National Institutes of Health award that helps her launch her own lab.

In my view, the strength of the NIEHS research enterprise is reflected in the roughly 200 postdoctoral, predoctoral, and postbaccalaureate scientists who help to advance the institute’s vital mission, which is to promote healthier lives by discovering how the environment affects people. I am proud that our trainees receive support, mentorship, and professional development that paves the way for their career success, whether at NIEHS or beyond.

Recently, I interviewed one such success story. Elizabeth Martin, Ph.D., is a postdoctoral fellow in the institute’s Epigenetics and Stem Cell Biology Laboratory who is mentored by Paul Wade, Ph.D. Martin just received a National Institutes of Health Independent Research Scholar award, given to outstanding early-career scientists committed to enhancing workforce diversity. 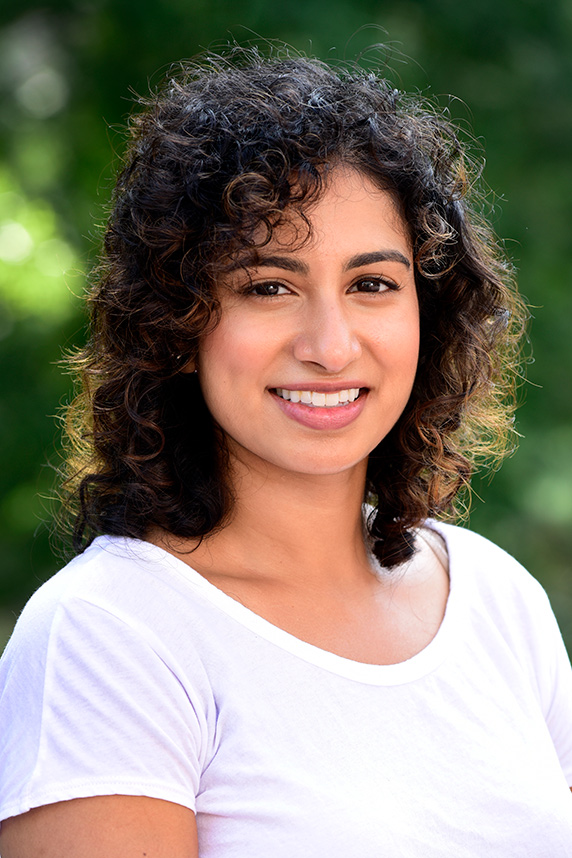 “I’ve been fortunate to work at NIEHS, which has a plethora of resources for trainees, including world-renowned environmental health scientists willing to share their expertise,” said Martin. (Photo courtesy of Steve McCaw / NIEHS)

I was thrilled to speak with her about the award, her research interests, and what she hopes to accomplish going forward. I can happily report that with individuals such as Martin in the ascendance, the future of environmental health sciences research is indeed in good hands.

Pregnancy as a window of susceptibility

Rick Woychik: Can you talk a little bit about your Independent Research Scholar award?

Elizabeth Martin: I was fortunate to win this award because it provides me with a three-year, non-tenure track principal investigator position at NIEHS, and it is geared toward improving diversity in research science. I will still work with my mentor, Dr. Wade, but I also will pursue research that is independent of his work into how eukaryotic cells regulate gene expression.

I plan to look at pregnancy as a window of susceptibility to environmental toxicants for moms. We often think about the infant as being the more vulnerable one during pregnancy. However, I am really interested in whether there is an epigenetic reprogramming event that occurs in the mother and whether that increases her susceptibility to environmental agents, potentially leading to later-life negative health consequences.

RW: Epigenetics refers to chemical modifications on DNA or the proteins associated with DNA that affect how genes are turned on and off. Understanding how environmental exposures influence such epigenetic changes is one of the key goals outlined in the NIEHS Strategic Plan 2018-2023, so I think it is great you are pursuing this line of research.

Before joining the institute, you received your doctoral degree from the University of North Carolina at Chapel Hill, under the guidance of NIEHS Superfund Research Program grant recipient Rebecca Fry, Ph.D. You investigated how prenatal exposure to arsenic and other metals can affect individuals differently, based on how they metabolize these substances, for example.

That work dovetails with the concept of precision environmental health, which I covered in a recent Director’s Corner conversation with Cheryl Walker, Ph.D., from Baylor College of Medicine. Can you talk about that research, which was the basis of your dissertation project? 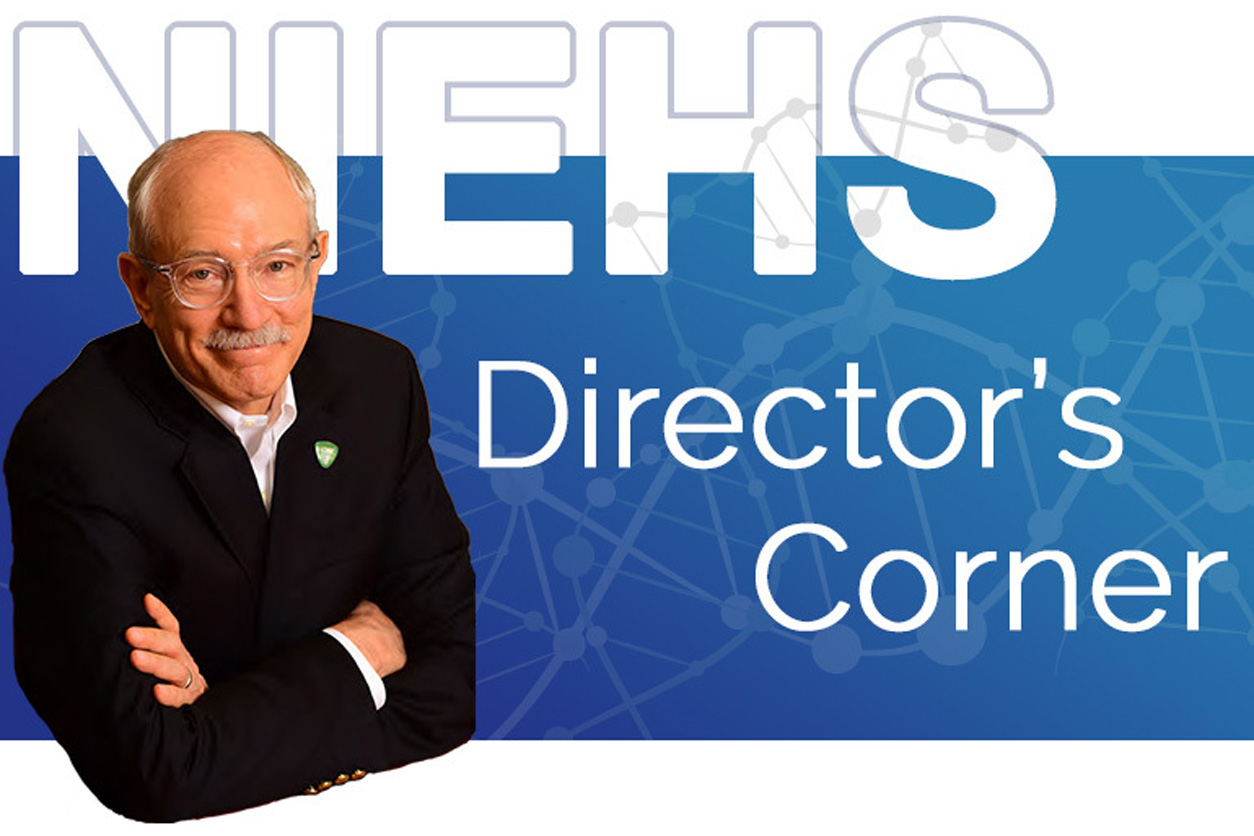 Working in Wade’s lab, Martin has started to think about science through both population-level and molecular lenses, a skill that is key for precision environmental health research. (Image courtesy of NIEHS)

EM: Absolutely. The motivation behind my previous and current research comes from the idea of precision environmental health, which is about expanding knowledge of individual risk and working to prevent disease. I was heavily influenced by a 2014 commentary by [former NIEHS and National Toxicology Program Director] Dr. Ken Olden. He discussed how scientists might incorporate epigenetics data into risk assessment and what such data might tell us about how chemical and nonchemical stressors can worsen health disparities.

A challenge is to account for the complexity and variety of those stressors. Take arsenic as an example. If we look at different parts of the world, we see there is no one-size-fits-all exposure because we are dealing with mixtures involving not just arsenic but nutrition, various types of pollution, psychosocial stress, and so forth. Then there is the issue of timing — whether the exposure occurred prenatally, during puberty, or in adulthood.

Dr. Fry and I found inconsistent epigenetic changes across populations, making it difficult to determine which changes are true indicators of individual vulnerability. We hypothesized that exposures act on what are called transcription factors — proteins that turn genes on or off by binding to DNA — rather than directly on the DNA. That research was one reason I wanted to join Dr. Wade’s lab, which delves into how transcription factors affect the epigenetic landscape. 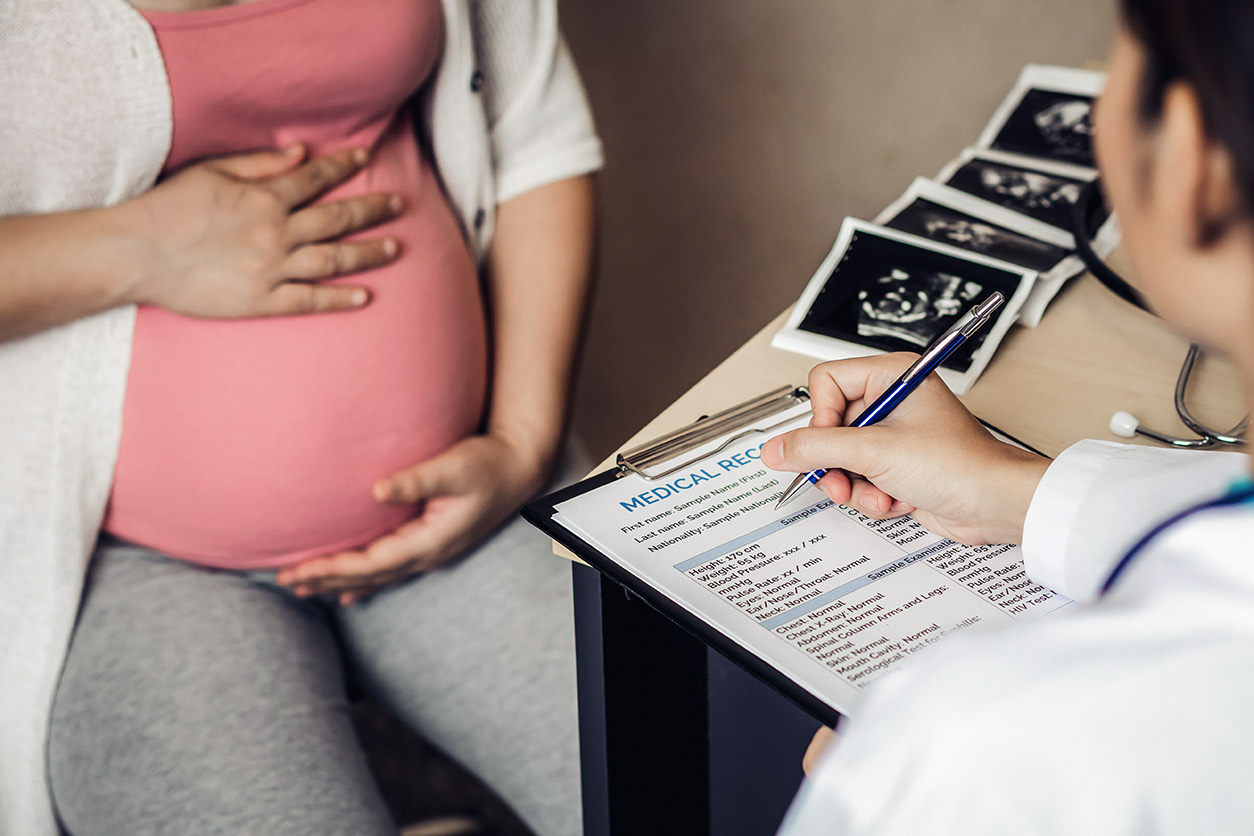 I look forward to following Martin’s research into how certain environmental exposures during pregnancy may affect the mother later in life. (Photo courtesy of Blue Planet Studio / Shutterstock.com)

Going forward, I hope to build on my work at Chapel Hill and NIEHS in the context of pregnancy. I want to identify consistent biological changes that may result from a given exposure, with an eye toward improving understanding of mothers’ later-life disease risk.

RW: You collaborated with 14 other NIEHS scientists on a special issue of the Journal of Women’s Health that focused on maternal health, published in February. Can you talk about your involvement in that project?

EM: I worked on the breast cancer section of that publication with Dr. Sue Fenton, from the NIEHS Division of the National Toxicology Program. Through that project, I realized that pregnancy from the maternal side is understudied, especially in terms of how certain environmental exposures may lead to complications that turn into later-life problems such as diabetes or cardiovascular disease.

In thinking about what chemicals might affect pregnancy, I landed on DEHP [Di(2-ethylhexyl) phthalate], which is one of the most common — and most toxic — phthalates. Those are man-made chemicals used to make a variety of plastics, solvents, and personal care products. Almost all women are exposed to DEHP. Additionally, DEHP is thought to interfere with progesterone signaling, which is critical in pregnancy. Imbalances in that signaling can lead to preterm labor and prolonged labor.

RW: Last year, you chaired the NIEHS Trainees Assembly [NTA] during what was a difficult time for young scientists, due to the COVID-19 pandemic. Can you talk about that experience?

EM: I felt truly privileged to lead the assembly during that time.

NTA effectively communicated with NIEHS senior leaders about key issues we faced, such as not being able to work in our labs, concerns about lack of research productivity, and so forth.

The understanding and support we received in return were truly amazing and helped us build camaraderie when we perhaps needed it most.

And the institute’s Office of Fellows’ Career Development (OFCD) helped significantly, too. OFCD is staffed with wonderful people who are always willing to lend a hand.

Among other services, they help trainees navigate the job application process, provide networking opportunities, and teach leadership and communication skills.

EM: I’m lucky that I grew up around science. My mom is a dentist, my dad completed his doctoral degree in biochemistry, and my grandpa came to the U.S. from India to earn his Ph.D. in physics.

But when I was a child, I was diagnosed with visual tracking disorder, which affects me in a lot of ways. I still struggle with reading across straight lines and correctly ordering letters and numbers, among other tasks.

Growing up, it was particularly difficult because I had smart parents who wanted to help but couldn’t relate. I definitely was the oddball in my family, who are all talented high achievers.

What really turned around my academic trajectory was the support I received from teachers who nurtured my talent.

Today, I still struggle with the fear that I’m not good enough, but I have an amazing group of mentors, particularly Dr. Fry and Dr. Wade, and friends who help me work through it. And my husband — he’s definitely my biggest cheerleader.

Such experiences make me realize how important it is for scientists to support their peers, and certainly individuals just starting their careers. We don’t know about peoples’ private struggles, and a kind word here or there can really go a long way.

At NIEHS, I have been fortunate to work with Dr. Wade, who has encouraged me each day to pursue bold research questions and advance as a scientist. I have learned so much from him.

Before joining his lab, I viewed science mainly from the perspective of large study populations. But through his guidance, I can now approach research questions at the cellular level.

That is a skill that I know will serve me well as I advance in my career and dive further into epigenetics research.