Chemicals’ effects on development and reproduction reviewed by expert panel

The National Toxicology Program invited outside experts to review its first technical reports related to developmental and reproductive toxicology.

On July 31, four chemicals studied by the National Toxicology Program (NTP) were the focus of a rigorous peer review process involving experts from academia and industry. The panelists gathered at NIEHS to evaluate NTP’s conclusions regarding the chemicals’ effects on developmental and reproductive health.

Ultimately, those outside experts agreed unanimously with nearly every NTP conclusion. And throughout the back-and-forth discussion, important public health questions were addressed.

What’s in the water?

One of the chemicals studied by NTP, 4-methylcyclohexanemethanol (MCHM), became a problem for Charleston, West Virginia, in January 2014. Roughly 10,000 gallons of MCHM, which is used to remove impurities from coal, and other related chemicals spilled into the Elk River. The river is a municipal water source for about 300,000 people in the area. 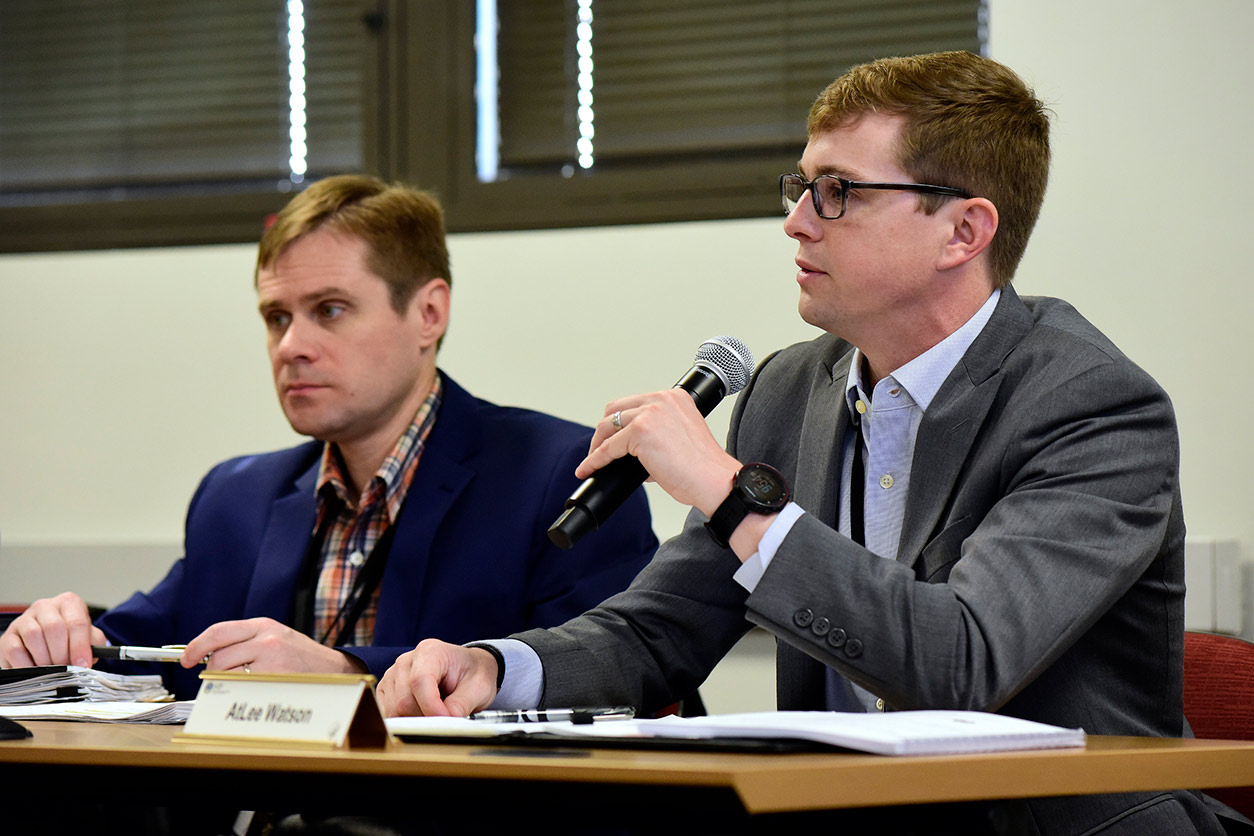 “Residents in Charleston began to notice a licorice smell from tap water,” said AtLee Watson, Ph.D., a postdoctoral fellow at NTP and the lead scientist for the study. “Local hospitals reported incidents of nausea, headaches, and rashes following the spill.”

There was concern that the spill, predominantly made up of MCHM, might affect pregnant women and their developing fetuses. However, a 2015 NTP analysis and the latest report showed that at the time of the spill, water in the area was safe to drink because potential exposure levels would have been too low to cause harm.

After administering extremely high doses of MCHM to rodents, NTP scientists found clear evidence of developmental toxicity — the highest level of evidence on its scale. Rat fetuses showed reduced body weight, as well as malformations of the adrenal glands and skeletal structures. However, the peer review panel agreed that these findings occurred only at the highest dose given, which was considerably higher than any known human exposures during the Elk River spill. There was no evidence of developmental toxicity in rodents with lower doses of MCHM.

George Daston, Ph.D., a Victor Mills Research Society Fellow at the Procter & Gamble Company, chaired the peer review. He commended NTP’s rapid response to studying health outcomes of the spill. Watson thanked him for the comments and referred to NTP’s website, which includes, among other information on the spill, a fact sheet written for the general public. 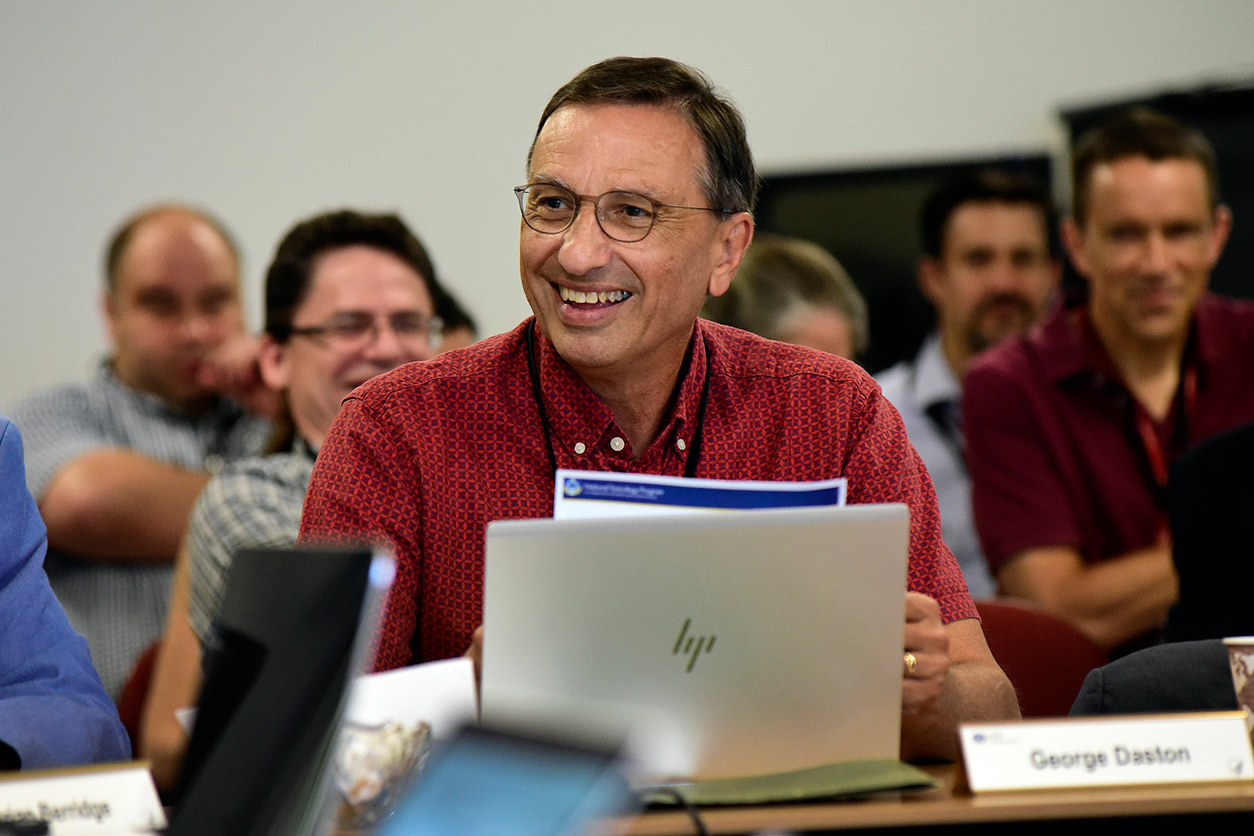 “I would like to thank NTP staff for all of your hard work in preparing these reports and thank the panel for all your preparation,” said Daston. “This was a clear and efficient peer review and a pleasure for the chair.” (Photo courtesy of Steve McCaw)

Is this dietary supplement safe?

Vinpocetine also was reviewed at the meeting. It is a dietary supplement marketed to increase cognitive performance.

“This chemical was chosen [due to] concerns for consumer exposure through dietary supplement use, signals of developmental toxicity in the literature, and lack of adequate toxicity data,” said Vicki Sutherland, Ph.D., NTP toxicologist and lead study scientist. 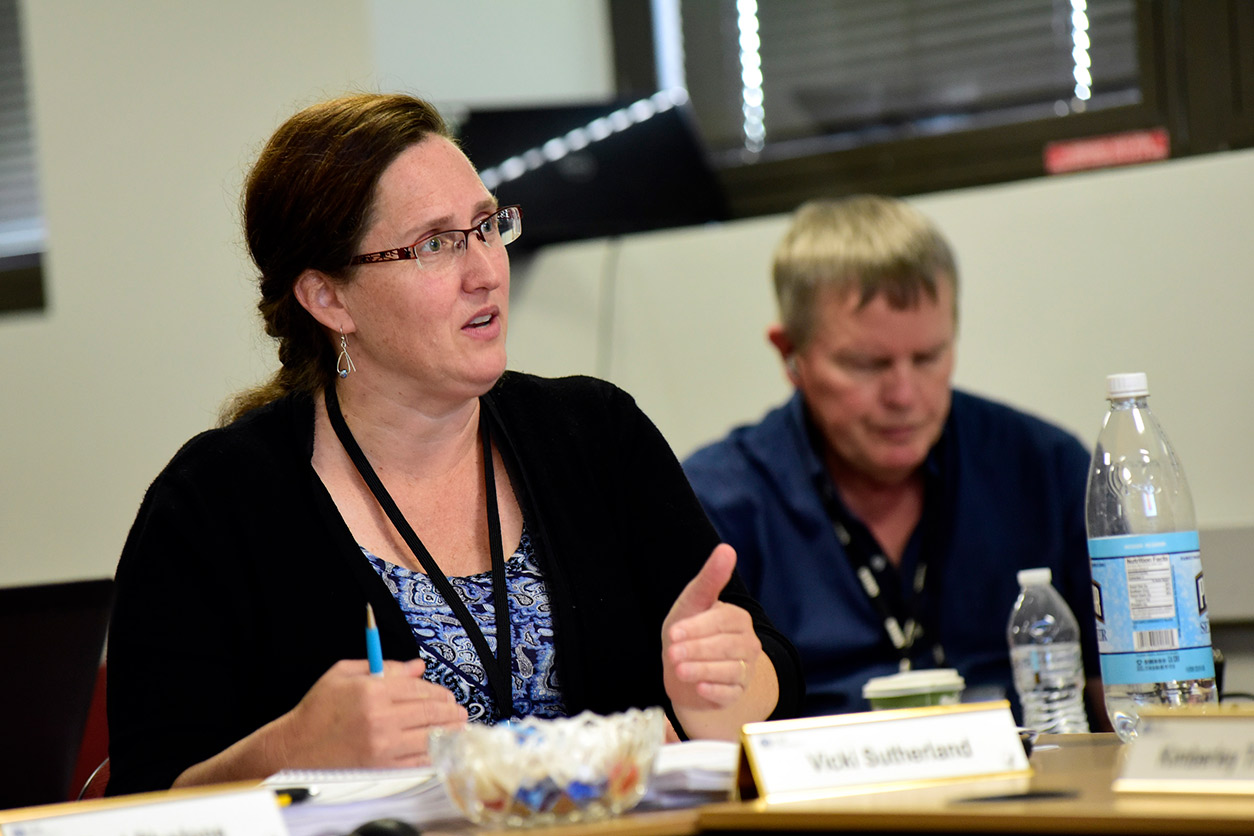 NTP found clear evidence of developmental toxicity of vinpocetine in rat studies based on an increase in pregnancy loss, cardiovascular effects, and skeletal malformations. All findings occurred when the pregnant animals appeared to be healthy.

The panel agreed unanimously with the NTP conclusions. The analysis also is in line with a June statement from the U.S. Food and Drug Administration on vinpocetine’s adverse health effects for women of childbearing age, recognizing that human exposures could occur at levels at which developmental effects were seen in the animal studies.

DMAE is marketed as a dietary supplement that improves memory and general cognitive function. TCPP is a flame retardant used in a variety of commercial and consumer products.

The four studies analyzed during the peer review are the first in NTP’s new series of reports on developmental and reproductive toxicology that use Levels of Evidence determinations (see sidebar for more information). Such determinations are similar to the ones used by NTP in its carcinogenicity evaluations.

“The term developmental and reproductive toxicity, or DART, covers a wide range of biology,” said NTP toxicologist Chad Blystone, Ph.D., during the peer review. “NTP studies reviewed today focused on prenatal developmental toxicity and followed a typical design that exposes pregnant animals to the chemical under study and evaluates fetuses just prior to birth.”

During the studies, scientists look at the pregnant animals for changes in body weight or feed consumption. They also analyze offspring health outcomes, such as body weight, and look for malformations of the internal organs and skeleton.

The researchers determine which of five levels of evidence the findings meet: clear evidence, some evidence, equivocal evidence, no evidence, or inadequate study.

NTP invites DART experts to review draft reports on the findings. During that peer review, NTP scientists describe rationales, methodologies, and findings of the studies.

The panel discusses and votes on whether they agree with NTP’s conclusions. NTP carefully considers the experts’ comments before it publishes final reports on the studies.