NIEHS grantee John Groopman, Ph.D., studies the biological effects of aflatoxin, a potent carcinogen, with the goal of disease prevention.

Looking back, John Groopman, Ph.D., sees the scientific backdrop of 1950s America as a catalyst for his career. The Space Race was underway, and in 1957, just before he began elementary school, the U.S. helped launch the International Geophysical Year — a global research effort to collect data on earthly subjects, like seismology and meteorology, using burgeoning innovations in technology. 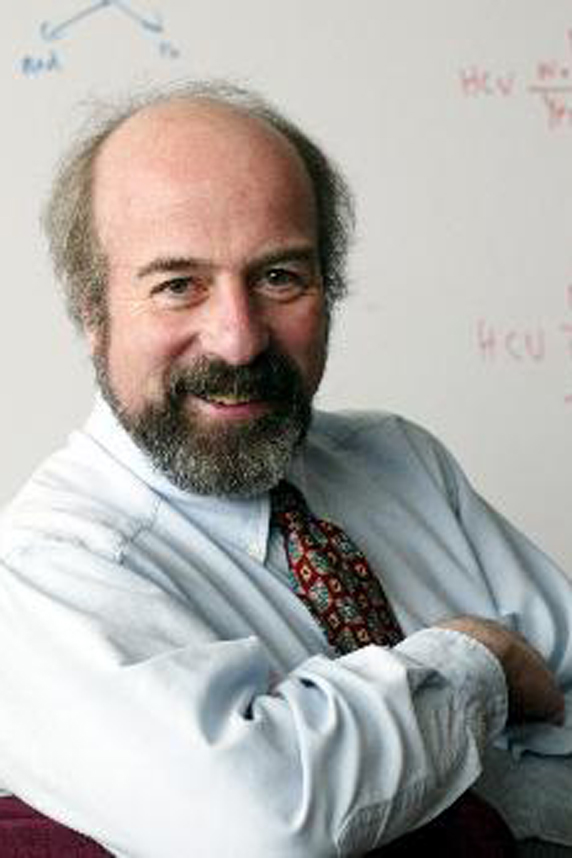 Groopman has had multiple NIEHS grants over the years, starting with a training grant. (Photo courtesy of John Groopman)

“All through my public-school education in New York City, the emphasis on math and science was paramount,” Groopman recalled. “That was probably a massive umbrella influence on what I chose to study.”

After his undergraduate training, Groopman pursued a doctorate at the Massachusetts Institute of Technology (MIT) in toxicology. There, he met several researchers who introduced him to their work on aflatoxin, a carcinogenic compound produced by some soil fungi.

Discovered in the 1960s in turkey feed, aflatoxin can contaminate peanuts, corn, rice, and sorghum, among other food crops.

Fascinated by the potent natural toxin, Groopman continued his research as a faculty member at Johns Hopkins University’s Bloomberg School of Public Health. Since the 1970s, with support from multiple NIEHS grants, he has helped unravel the role of aflatoxin in cancer while also developing a foundation for disease prevention in communities at risk of exposure.

The human health effects of consuming aflatoxin vary depending on degree and duration of exposure. Consuming highly contaminated food over the short term can elicit severe, sudden reactions such as vomiting, liver failure, and even death. By contrast, regular exposure to lower levels of aflatoxin over a course of years can eventually lead to liver cancer.

“In places where people rely on food staples regularly contaminated with aflatoxin, the effects of exposure can start in utero,” Groopman said. “In such areas, liver cancer often develops at ages 45 to 50 — much earlier than it does in places where aflatoxin isn’t a problem.”

The chemical interacts with proteins produced by the liver to form a molecule — called an epoxide — that can bind to, and severely damage, DNA.

Through animal and human studies, Groopman and other researchers have shown that infection with the hepatitis B virus increases the likelihood of liver cancer in people who have been exposed to aflatoxin.

“It’s like a conspiratorial relationship,” Groopman said. “The hepatitis B virus drives inflammation and cell proliferation that magnify the damage from aflatoxin.” 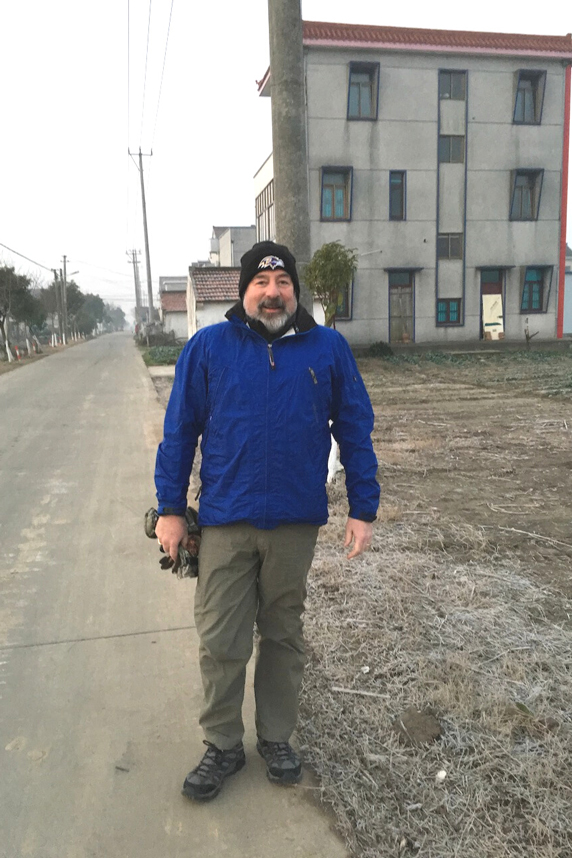 Identifying biomarkers has been key to teasing apart the mechanics and effects of aflatoxin exposure, according to Groopman.

“Biomarkers are molecules found in the body that can be used to gauge an abnormal process, chemical exposure, or disease,” he explained. “For our work, they have been integral to learning whether a health intervention will reduce the effects of aflatoxin exposure.”

For example, in 1999, Groopman was part of a team led by NIEHS grantee Thomas Kensler that described how a drug called oltipraz affected biomarkers associated with aflatoxin exposure. The study — which built on earlier research in rats — enrolled volunteers in Qidong, China, to receive daily or weekly doses of the drug or a placebo.

The team then measured the concentration of two different biomarkers in participants’ urine and found that oltipraz confers protection in different ways depending on the prescribed drug regimen.

Because oltipraz is expensive and can have side effects, Groopman and colleagues have been exploring safer, more affordable interventions. In 2005, the researchers published a study looking at the effects of drinking hot water infused with broccoli sprouts. The sprouts contain a chemical that, upon bacterial breakdown in the gut, is converted into a compound with anti-cancer properties.

The team enrolled 200 volunteers from Qidong who drank broccoli sprout infusions nightly for two weeks. Although results varied widely between participants, the researchers noted that, overall, more biomarkers of the broccoli sprout drink in urine samples were associated with fewer biomarkers of aflatoxin exposure.

“In other words, the broccoli sprout drink appears to interrupt the toxic effects of aflatoxin,” Groopman explained.

The researchers have since helped develop a method for pulverizing broccoli sprouts for use in pill form. They completed clinical trials to test the pill’s efficacy just before the pandemic; results are not yet available.

Encouragingly, in Qidong, where liver cancer was once the leading cause of cancer deaths, rates have gone down over the past several decades.

“We have noted a 50% decline in death from liver cancer since the 1980s,” Groopman said. “Not only that, but the age of diagnosis has increased by 10 years, which is an important metric of prevention.”

Groopman and team attribute those trends in large part to decreasing aflatoxin intake. In the 1980s, social and economic changes led to a dietary shift among Qidong residents: They replaced corn as a staple with rice, which typically harbors less of the toxin.

“We measured biomarkers of aflatoxin exposure in archived serum samples collected from volunteers over the years,” Groopman explained. “Levels were nearly undetectable by 2009.”

Funding from NIEHS has been essential to improving understanding about aflatoxin, according to Groopman, who has served on the NIEHS Advisory Council and in various roles within the NIEHS Superfund Research Program.

“NIEHS support not only helped us understand the basic chemistry and mechanisms of aflatoxin toxicity, but also helped propel a fair amount of the human epidemiology and intervention studies, which has been fantastic,” he said. “NIEHS has also been instrumental in helping develop and maintain our international research teams.”

Now, from his vantage point as a mentor, Groopman has some suggestions: “Hire people who are smarter than you. Find students and fellows who have energy and drive, and give them the running room to develop. Then get out of their way.”

(Julie Leibach is a senior science writer at MDB Inc., a contractor for the NIEHS Superfund Research Program.)

(Note: This story was originally published in June as part of the NIEHS Stories of Success series.)

Groopman and colleagues have also shown that a broccoli sprout-infused beverage can reduce the toxic effects of benzene, an air pollutant and known carcinogen. A 2019 study builds on the team’s earlier research, which was supported in part by NIEHS.

For 10 days, the researchers administered either a broccoli sprout drink or a placebo to 170 volunteers from Qidong. Participants in the intervention group received one of three different concentrations.

During the trial, the team measured biomarkers of benzene detoxication in participants’ urine. They found a significant increase in biomarkers associated with the highest dose of intervention. According to the authors, the results suggest that imbibing a broccoli sprout beverage could be one way to minimize the long-term effects of air pollution exposure.

“This is an example of ‘frugal medicine,’” Groopman said. “It could be effective as part of a set of interventions for people exposed to environmental contaminants.” 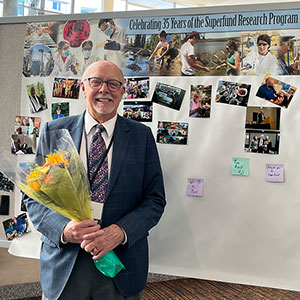 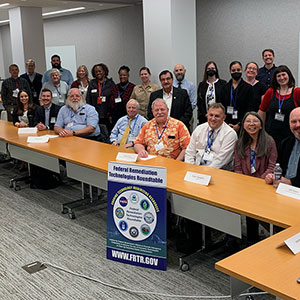 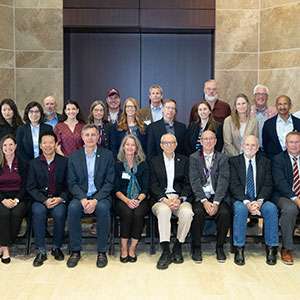