More than 500 researchers — from senior scientists to undergraduate students — participated in a virtual NIEHS workshop.

NIEHS played virtual host to a wide-ranging look at the latest research on the microbiome and environmental health during a Feb. 23-24 workshop . Some 500 participants joined over 70 speakers, ranging from lab heads to undergraduate students. 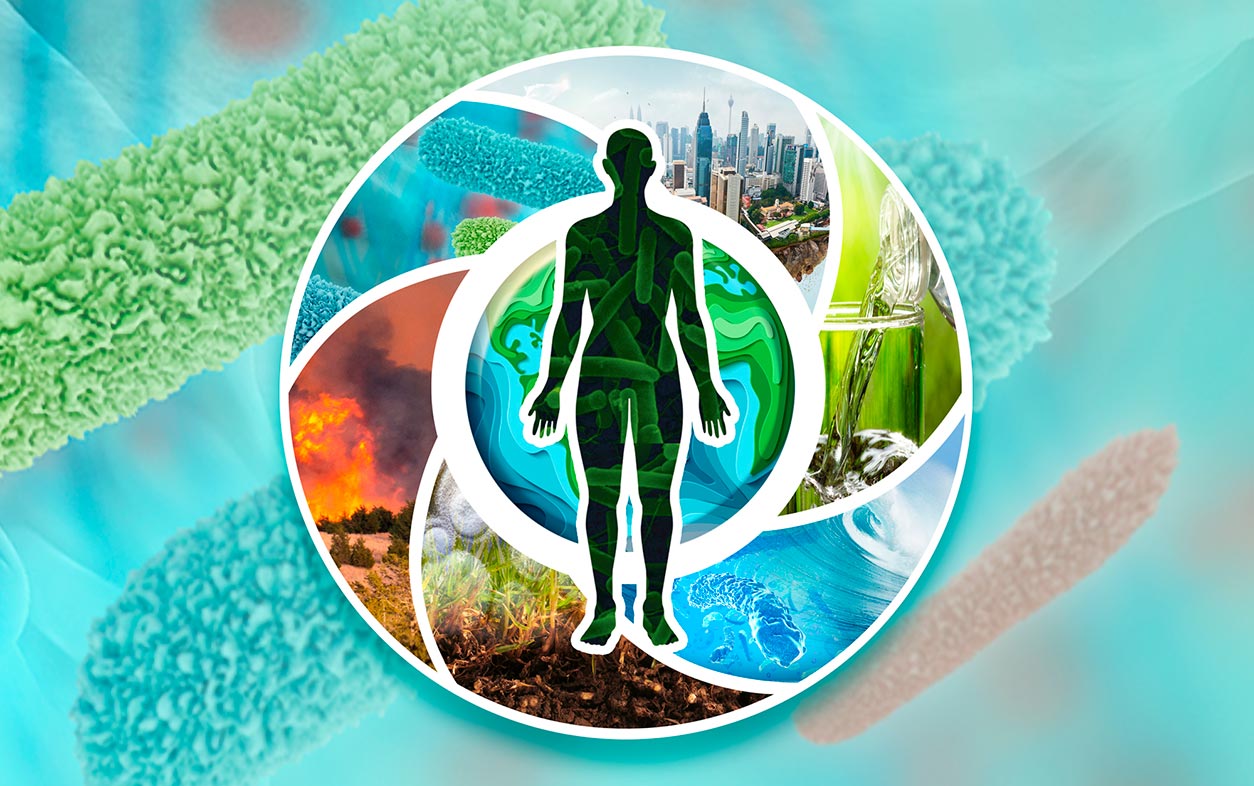 Scientists from across the institute who are interested in how the microbiome influences environmental health collaborated to organize the workshop. (Image courtesy of NIEHS)

The workshop was organized into four topic sessions, along with brief talks on the latest research (see second sidebar). Workshop co-chair Vicki Sutherland, Ph.D., from the NIEHS Division of National Toxicology Program (DNTP), said that a paper highlighting advances is in preparation. 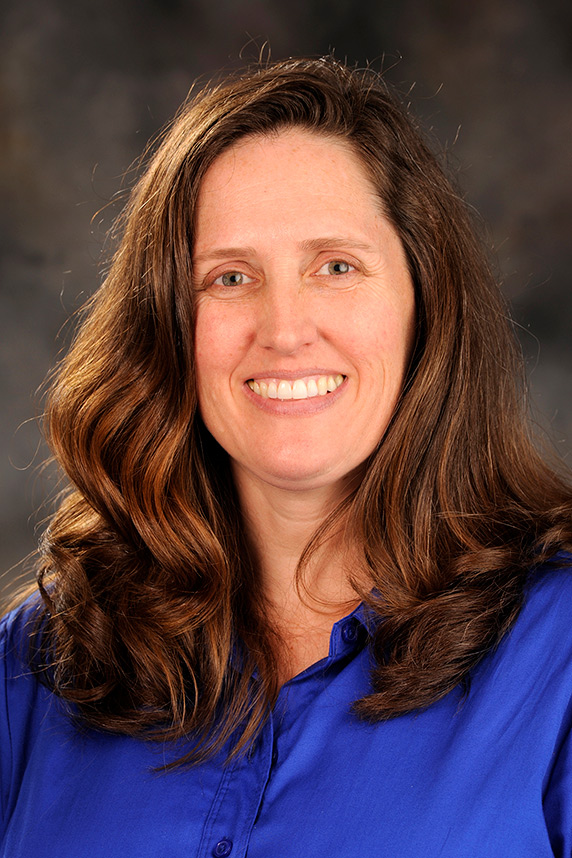 “There was strong engagement from both speakers and attendees,” said Sutherland, noting feedback was exceedingly positive. (Photo courtesy of Steve McCaw / NIEHS)

“Until recently we were blind to the impact of the microbiome on health, because we were not able to culture all the microorganisms associated with it,” said NIEHS and National Toxicology Program (NTP) Director Rick Woychik, Ph.D. “[Advanced] techniques are now able to evaluate the composition of the microbiome — not by culturing the bacteria, but by sequencing the DNA,” he said.

“The NIEHS Strategic Plan recognizes that the microbiome has a huge impact on our health,” Woychik noted.

The microbiome is one of the plan’s four priority topics, each addressed by a group of scientists from across the institute.

Jack Gilbert, Ph.D., from the University of California at San Diego (UCSD), gave a plenary talk on conditions during the pandemic. 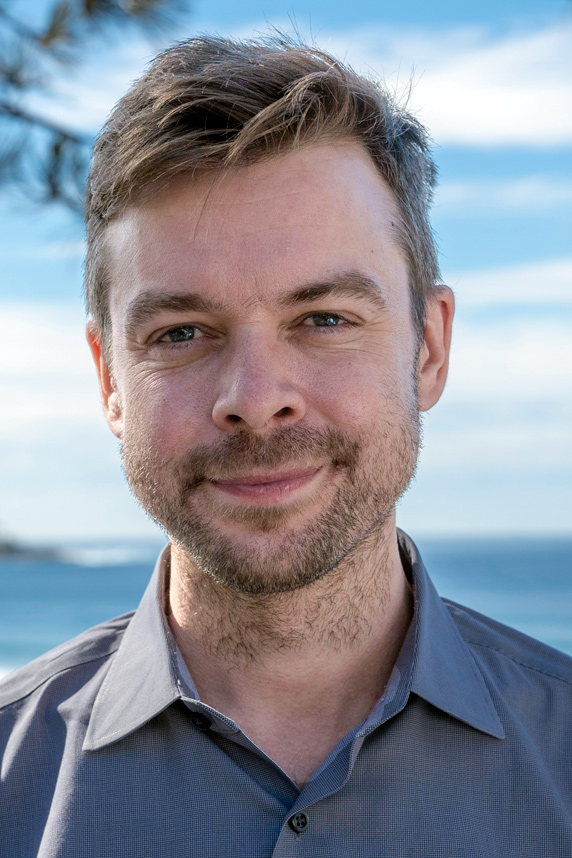 “We have discovered and solidified more understanding of viral transmission … in the last 11 months than we had in the last 11 years,” Gilbert said. (Photo courtesy of UCSD)

“Living and working indoors has eroded the microbial exposure which fundamentally trained our immune systems as children,” he said. “The environment also takes the microbes that leave our bodies and alters their pathogenicity, which feeds back to our bodies and can cause infection. It’s a cycle.”

For example, some respiratory virus cells — including SARS-Cov-2 — bind to bacteria, enhancing the viability of both.

“The built environment selects for organisms which have increased chance of survival and infection,” Gilbert added.

He said we have a better understanding of our body’s rich community of bacteria, viruses, fungi, and archaea thanks to open access databases, gene sequencing analyses, and technological advances such as those Woychik described.

“Risk assessment should start to incorporate our understanding of the impact of environmental exposures on the microbiome, including chemicals from diet and pharmaceuticals,” Patterson said.

“A lot of good talks about the immune system and how it helps regulate the microbiome,” Patterson said. “Environmental chemicals influence the microbiome and vice versa.” (Photo courtesy of Pennsylvania State University) 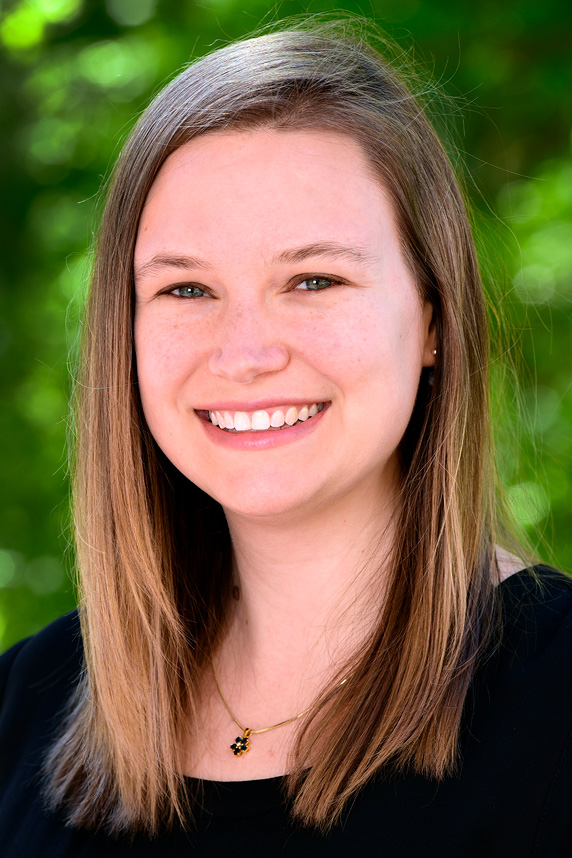 “The workshop provided a platform for researchers to share ideas and speculate on the role newer technologies will play,” Dzierlenga said. (Photo courtesy of Steve McCaw / NIEHS)

“The level of involvement from our grant recipients might not have been possible had we held this workshop in person, as originally planned,” said co-chair Anika Dzierlenga, Ph.D., from DERT. She oversees a portfolio of grants related to microbiome research.

Sutherland said she was thrilled with the workshop’s success. “It served as a significant resource for both experienced and newer researchers, not only with the range of information presented in the sessions and corresponding breakouts, but also the lightning talks, where we had over 40 speakers,” said Sutherland (see second sidebar).

A second microbiome workshop, planned for September, will explore how chemical exposures affect the gut-brain axis. 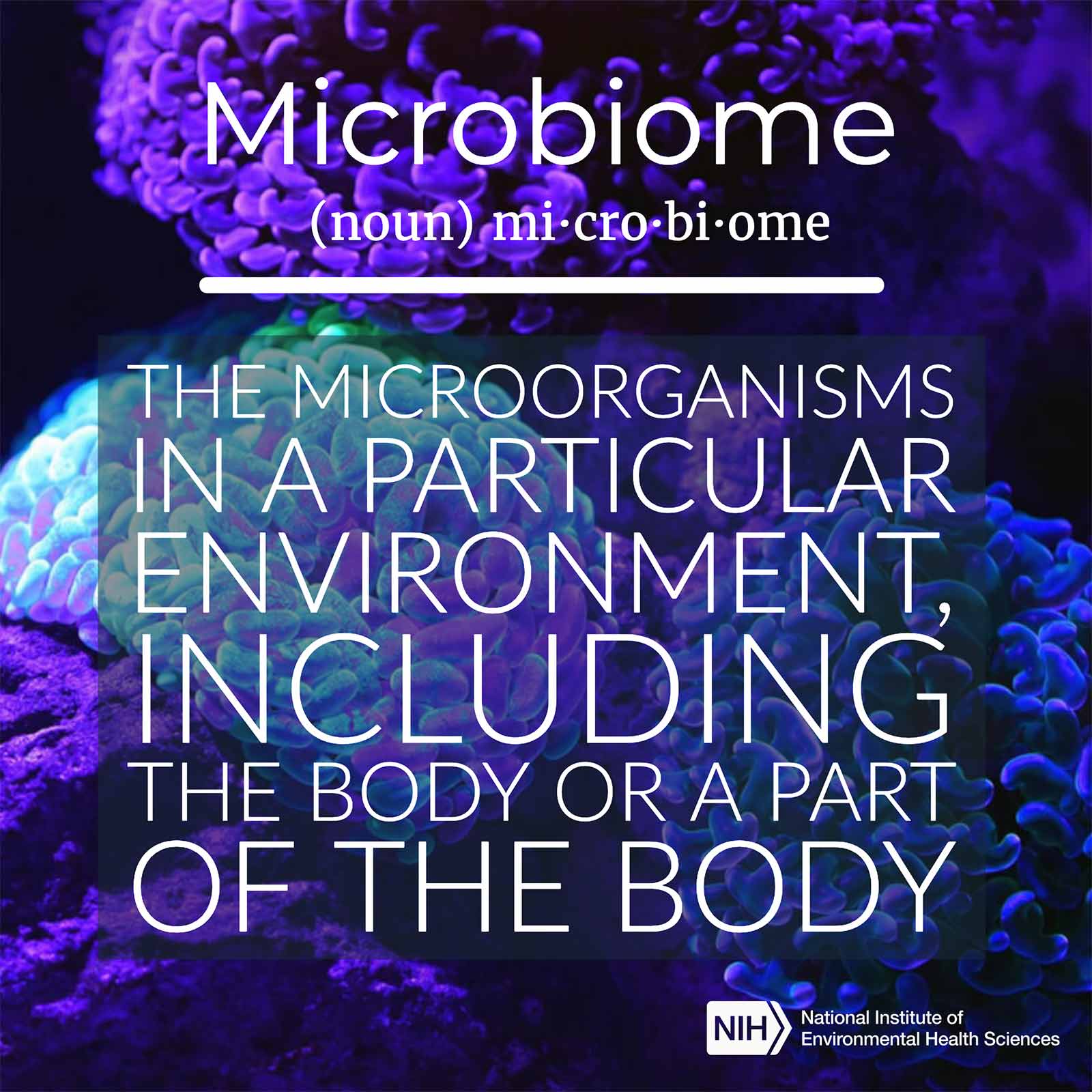 A team of seven scientists, listed below, worked with another 18 from across the institute to organize and run the microbiome workshop.

Thirty-nine researchers, at least a dozen of whom were students, shared five-minute research summaries, or lightning talks.

Presenters connected with the National Institutes of Health or who have worked under NIEHS grants, listed below, represent the range of microbiome research underway.

Watch Gilbert’s brief explanation of the microbiomes of our bodies, buildings, and beyond! (1:11) 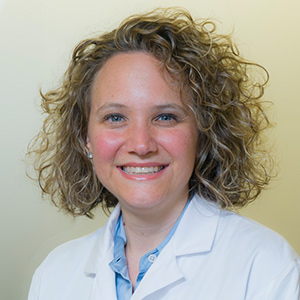 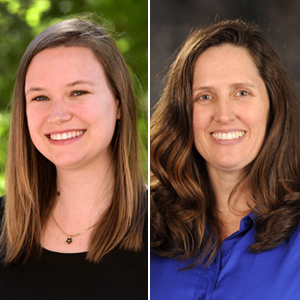