Newer chemicals, which replace those phased out decades ago, may have harmful effects on pregnancy, says Liping Feng.

Exposure to so-called forever chemicals may increase a woman’s risk of pregnancy complications, according to Liping Feng, M.D., from Duke University School of Medicine and Duke Global Health Institute, in a Jan. 7 NIEHS lecture. 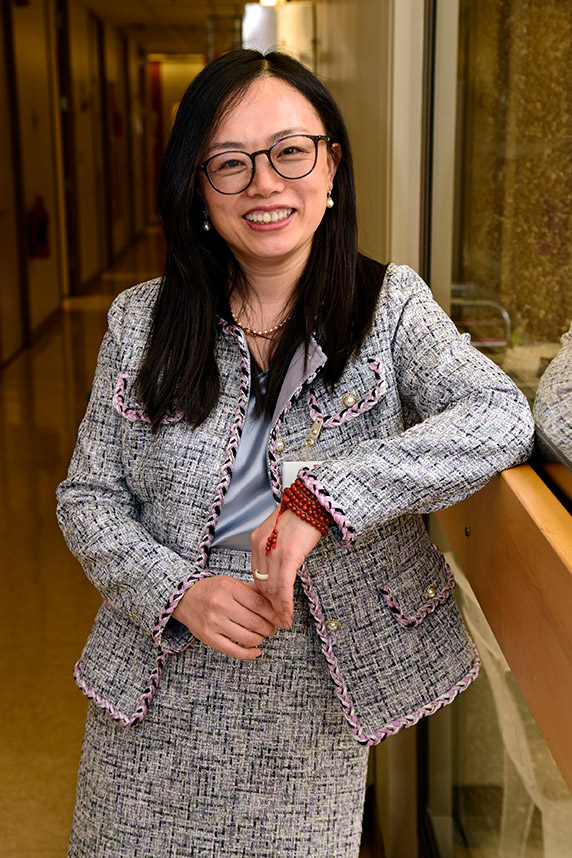 Feng presented research linking exposure to per- and polyfluoroalkyl substances (PFAS), which are industrial chemicals found throughout the environment, with an increased risk of a pregnancy complication called preeclampsia. Preeclampsia is increasingly common and a leading cause of maternal and infant illness and death.

Although scientists do not know the causes of preeclampsia, recent studies suggest that chemicals in the environment may modify risk for the condition.

Feng shared evidence that a common substitute for perfluorooctane sulfonate, or PFOS, may not be a safe alternative. Her studies linked pregnant women’s exposure to the substitute, known as perfluorobutane sulfonate (PFBS), with preeclampsia and overall hypertensive disorders of pregnancy.

PFBS may impair the ability of cells to form a fully functioning placenta, setting the stage for the development of preeclampsia, Feng explained.

National Toxicology Program (NTP) scientist Sue Fenton, Ph.D., introduced Feng. “We have known for many years that PFOA [a PFAS no longer made in the U.S.] was associated with preeclampsia in women,” Fenton said. “Now, Feng and her colleagues have reported that similar associations occur between preeclampsia and a PFAS that many assume is less harmful.”

As Feng explained, we are exposed to more than 80,000 chemicals every day. PFAS, a complex and ever-expanding group of man-made chemicals, are used in carpets and upholstery, nonstick cookware, food packaging, and a multitude of other products. Safety concerns prompted U.S. manufacturers to voluntarily phase out early versions of PFAS, now called legacy compounds.

European countries announced a plan to phase out toxic chemicals by 2030. I think it is time for us to act as well. Liping Feng

Replacement compounds are now detected in the environment, Feng said. The health effects of most of them have not been well-examined. For example, Feng found only 18 published studies on the health effects of PFBS. Only seven of those studied effects on pregnancy or reproduction.

Of the eight chemicals, only PFBS showed a significantly increased risk of preeclampsia and gestational hypertension. “Now we are looking for confirmation in other studies,” said Feng.

In addition to assessing the impact of PFBS and other PFAS exposures on human pregnancies, Feng looks for explanations of how these exposures might lead to preeclampsia. Specifically, she studies special types of placental cells.

In unpublished research using these cell lines, Feng found that prenatal exposure to PFBS could cause placental cells to function improperly. Impairments include inadequate blood flow to the placenta and changes to production of hormones and angiogenesis factors, which influence blood vessel formation. 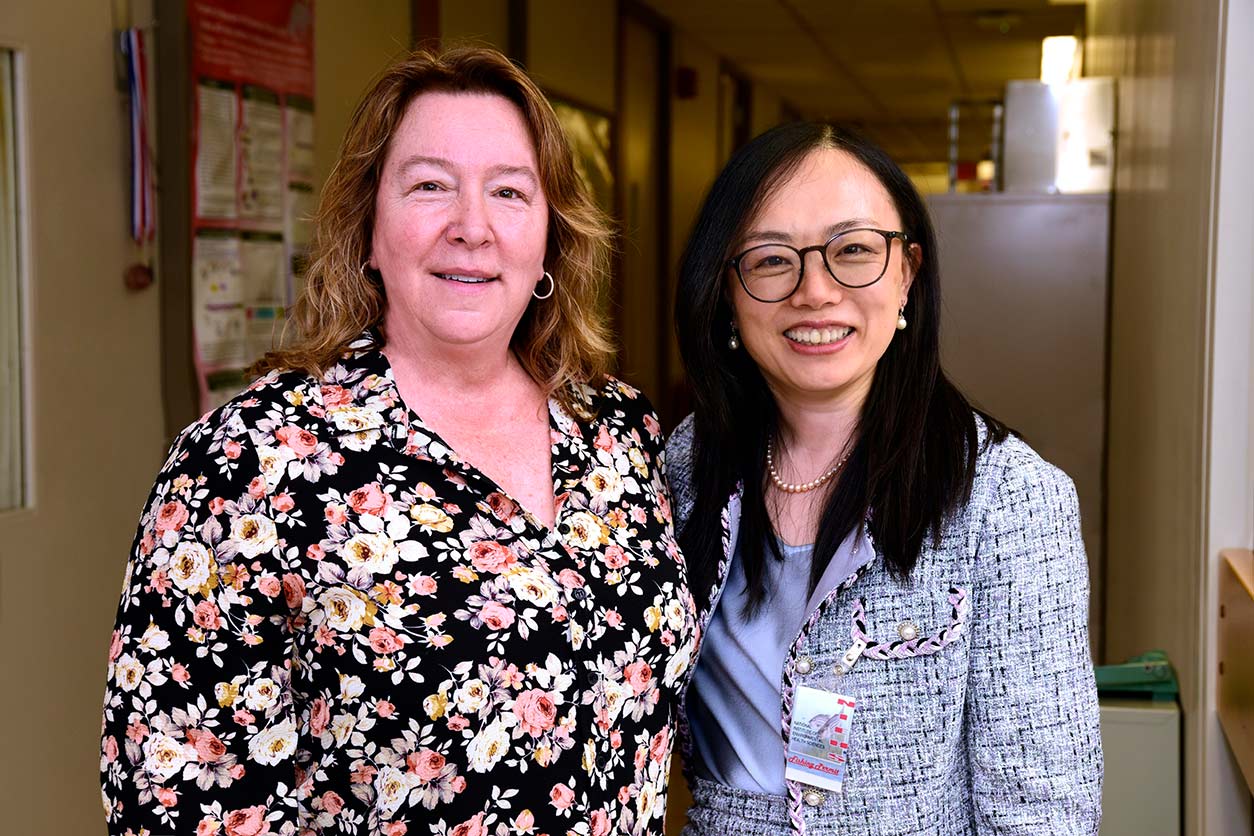 Fenton, who heads the NTP Reproductive Endocrinology Group, has shown that PFAS may be responsible for numerous health outcomes. (Photo courtesy of Steve McCaw)

These dysfunctions can lead to problems in the maternal endothelium and systemic inflammation, which, in turn, could lead to preeclampsia. “Our results not only echo our epidemiology data, but also provide underlying mechanisms,” said Feng.

Fenton added, “Dr. Feng’s findings may be the spark to an important area of research in women’s health, as we have observed adverse effects on the placenta in PFOA and GenX exposed mice, and our colleagues at UNC [University of North Carolina] Chapel Hill can measure PFAS in the placentas of women.”

Feng concluded with a nod toward policy implications. “European countries announced a plan to phase out toxic chemicals by 2030,” she said. “I think it is time for us to act as well.”

During her day at NIEHS, Feng met with scientists and staff members from across the institute. 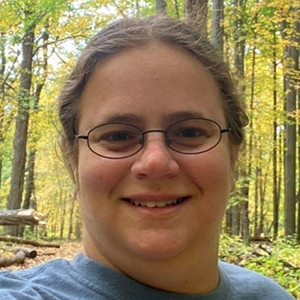 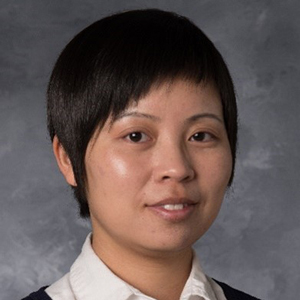