Six scientists who conduct transformative research received grants in this second year of the NIEHS program. 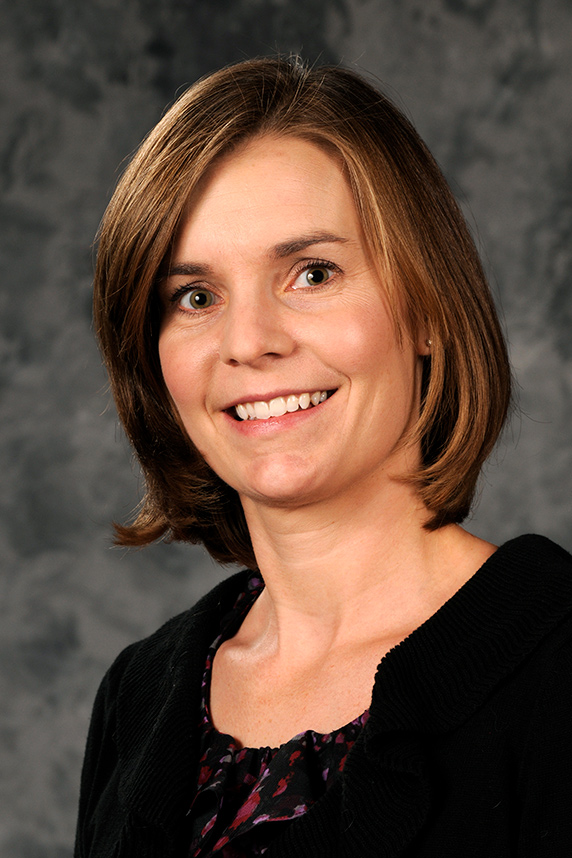 NIEHS announced six new grant awards June 1 to innovative scientists in the field of environmental health sciences. Now in its second year, the NIEHS Revolutionizing Innovative, Visionary Environmental health Research (RIVER) program is part of the institute’s ongoing effort to support pioneering, independent scientists. Traditionally, NIEHS and other parts of the National Institutes of Health award funds based on the particular research project that is proposed.

“The program gives researchers intellectual and administrative freedom, as well as sustained support for up to eight years, so the scientists can push their work in new and important directions,” said Jenny Collins, program coordinator for RIVER.

“The program seeks NIEHS grantees who have demonstrated a broad vision and shown the potential to continue their transformative research,” she added, noting that the funding allows scientific flexibility and provides stability for the researcher.

Researchers in the field of environmental health sciences typically collect information on the components of the environment and link that to health outcomes using statistical tools.

Manish Arora, Ph.D., from Icahn School of Medicine at Mount Sinai, and his team have proposed a theory — the Biodynamic Interface — that describes an interface between the environment and the human body.

By applying this theory and newly developed technology to disorders that appear at all stages of life, the team hopes to develop early warning systems to predict, and perhaps even prevent, diseases decades before any clinical signs are apparent. 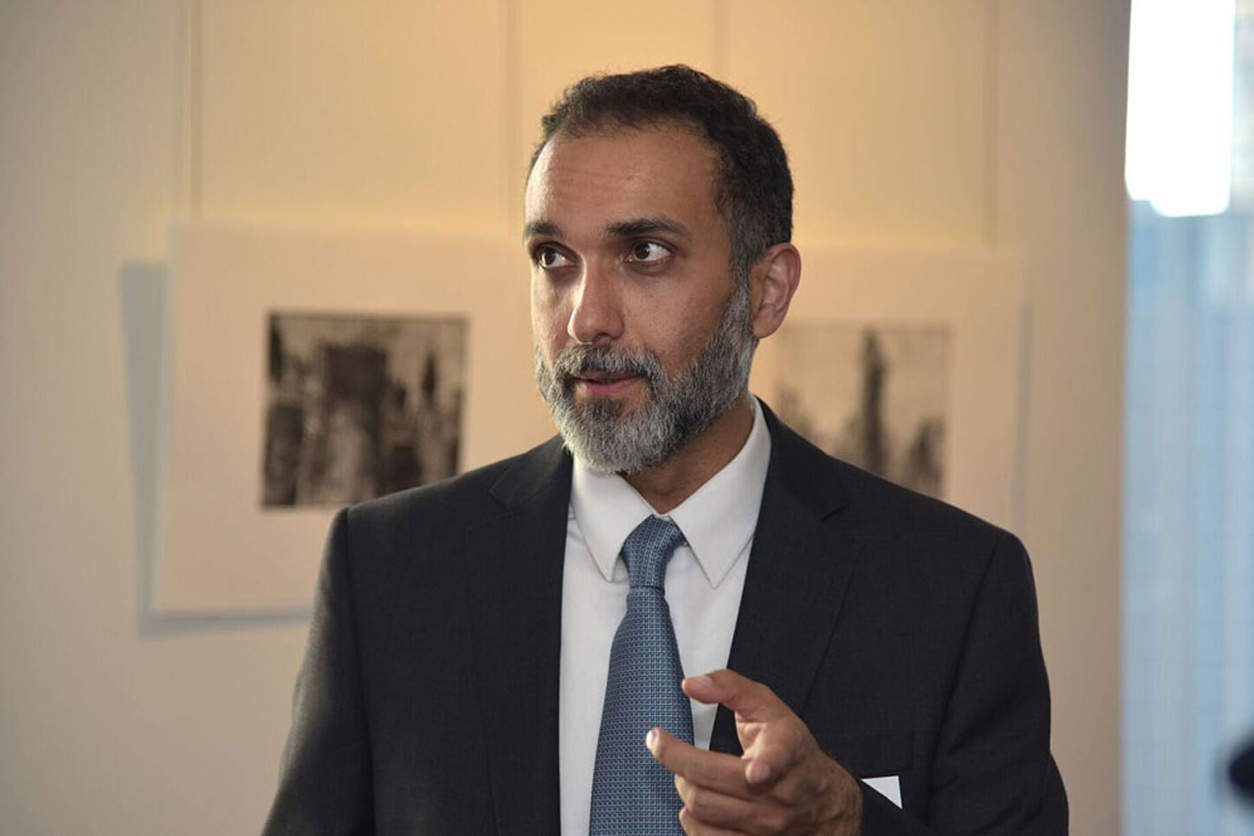 Bruce Hammock, Ph.D., from the University of California, Davis (UCD), studies how chemical exposures and other factors disrupt these processes and lead to disease.

He is also developing approaches to stabilize EpFAs to prevent and treat diseases. In animal models, some substances that inhibit the breakdown of EpFAs are helpful for treating pain, cancer, Parkinson’s disease, and other diseases. 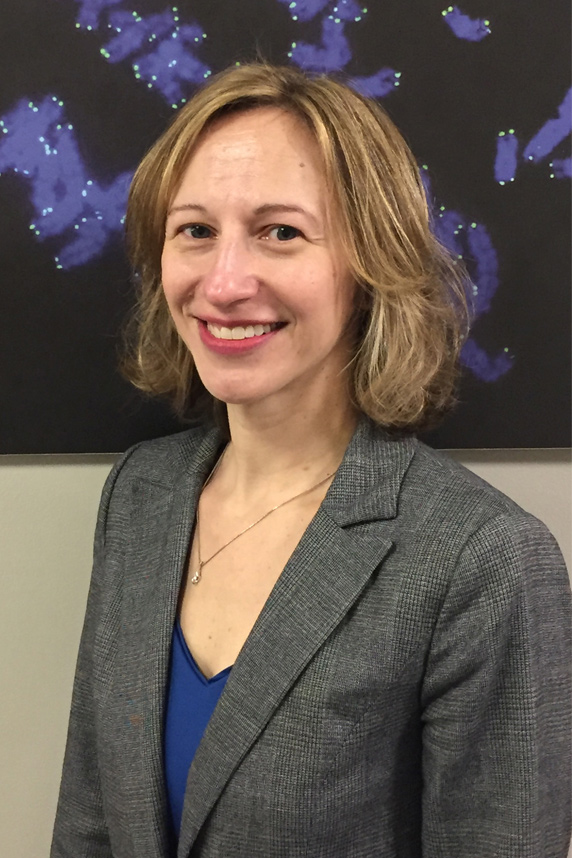 Opresko’s lab works at the interface between the fields of DNA damage and repair, and telomere biology. (Photo courtesy of Patricia Opresko)

Telomeres get attention with new tool

DNA is packaged into chromosomes, with structures at the ends, known as telomeres, that play important roles in maintaining normal cell functions. Shortened or damaged telomeres may contribute to cancer and diseases associated with aging.

Patricia Opresko, Ph.D., from the University of Pittsburgh, and her team developed an innovative tool that uses light and small molecule probes to damage specific DNA sequences in telomeres. Using this technology, her research team studies how telomere damage occurs and how it leads to disease.

A protein in Parkinson’s disease

Kim Tieu, Ph.D., from Florida International University, will study the role of dynamin-related, protein-1 (Drp1) in Parkinson’s disease. Drp1 is a protein that plays a role in the splitting of mitochondria, which are the energy-producing component in cells.

This protein has also been thought to play a role in brain disorders such as Parkinson’s disease, Alzheimer’s disease, and Huntington’s disease. Based on his recent discovery of a new function of Drp1, Tieu will research the protein’s role in neurotoxicity by looking at brain cell interactions. His team will also explore the role of Drp1 in toxicity after exposure to manganese or pesticides, both alone and in combination with gut bacteria. 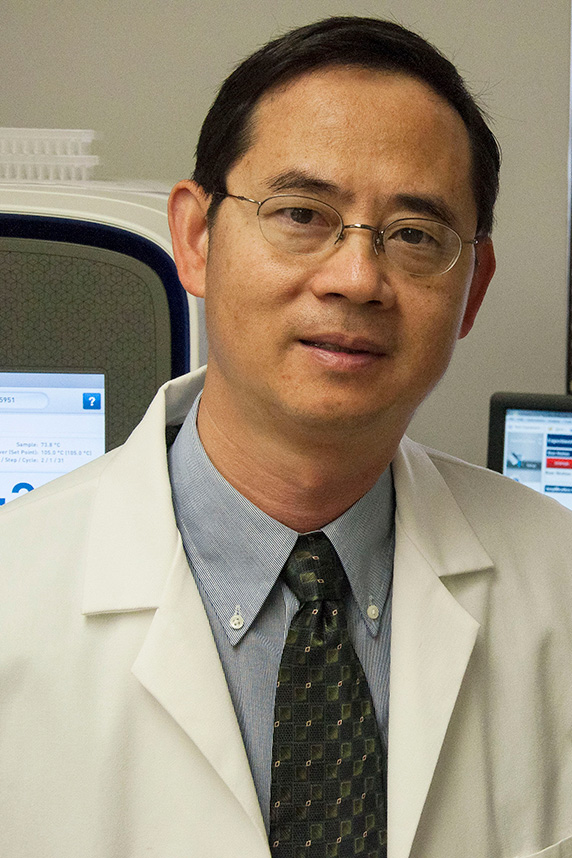 Wen Xie, M.D., Ph.D., at the University of Pittsburgh, is studying receptors that can bind xenobiotic factors, or factors from outside the body, such as environmental chemicals. The same receptors can also bind factors that exist naturally inside the body, or endobiotics.

Mark Zylka, Ph.D., from the University of North Carolina at Chapel Hill, is leading a three-pronged approach to identify exposure risks and individuals susceptible to or having autism spectrum disorder.

First, his team will identify environmental chemicals and mixtures that target molecular pathways involved in neurodevelopment. Second, a network of researchers will characterize real-world exposures to these chemicals. Third, using specific gene variants that have been linked to autism, the research team will study genetic susceptibility to toxicity from chemical exposures in animals to help identify and confirm susceptibility genes in humans, and how these genes influence toxicity.

RIVER is not the only program that NIEHS is using to support people, instead of a project. Since 2006, NIEHS has been funding a program called the Outstanding New Environmental Scientist (ONES) program, which is geared towards early stage scientists.

The ONES award cultivates promising environmental health scientists at the start of their careers. Applicants must be within 10 years of their professional degrees in tenure-track positions with at least 80 percent of protected time for research.

Want to apply or nominate someone for this award? Check out the Request for Application details. 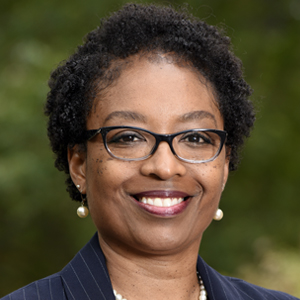 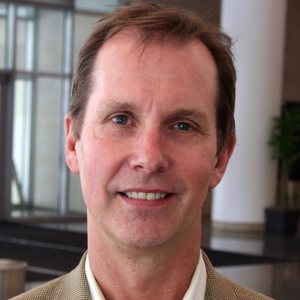 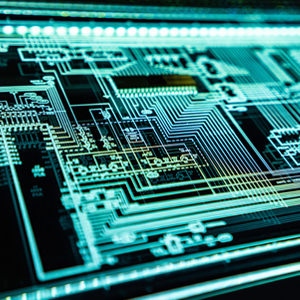 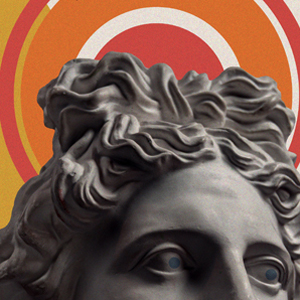