“This was a really fantastic group of girls to work with,” said Humble, a former high school science teacher and member of the NIEHS Speakers Bureau. “They were so engaged, and so incredibly excited about learning. Christie and I had a blast just being around them.” 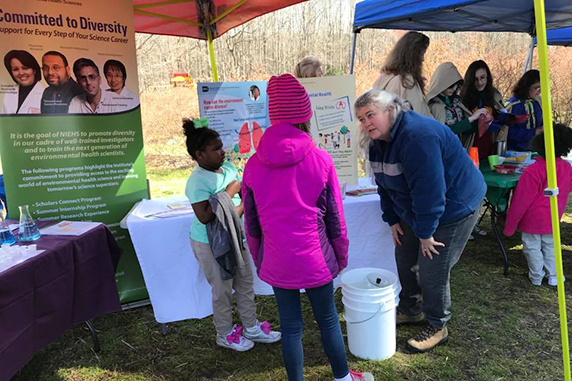 Humble and Drew arrived at the festival first thing in the morning and set up several interactive experiments. For a lung capacity demonstration, kids got to blow through a tube to displace water in a bucket. Measurements were marked on the bucket to show lung volume.

“This experiment allowed us to talk about healthy lungs, healthy air, and respiratory volume,” said Drew, chief of the NIEHS Program Analysis Branch and a former Girl Scout. 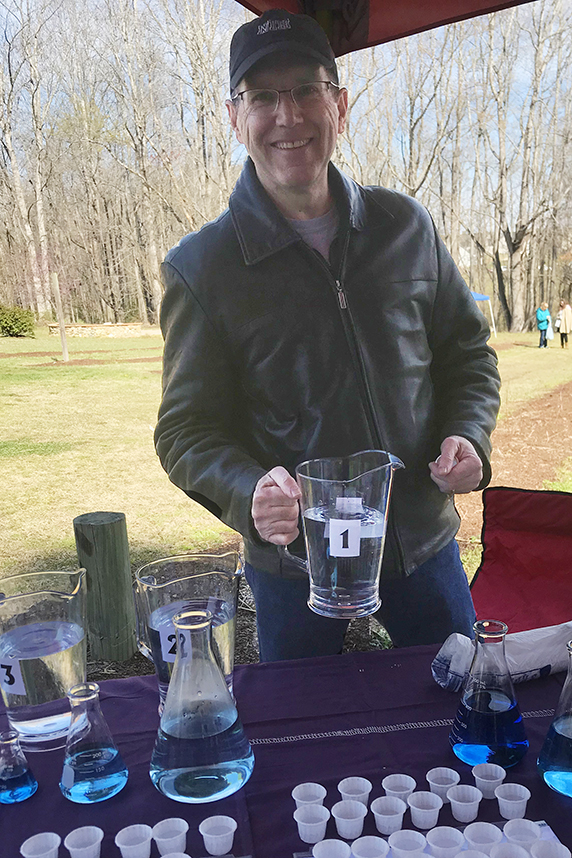 When not volunteering with the Speakers Bureau, Humble oversees grants for research on skin disease, immunotoxicology, and autoimmune disease. (Photo courtesy of Christie Drew)

“The second had two parts, a salt-dose taste test and an illustration of concentration,” said Drew. “In the salt test, the first group of cups had no salt, the second a bit, the third a bit more, and the fourth was very salty.” The kids put stickers on a chart to mark the cup in which they first tasted the salt. Most tasted it on the third cup, but there were stickers on all three concentrations.

“This helped us explain the concept of dose, and the fact that people are different,” Drew explained. “Given our different genetics, it can be difficult to design drugs that work for everyone.”

Drew estimated that roughly 85 parents and kids participated in the experiments, many of whom returned for multiple trips down the table.

(Ian Thomas is a public affairs specialist with the NIEHS Office of Communications and Public liaison, and a regular contributor to the Environmental Factor.) 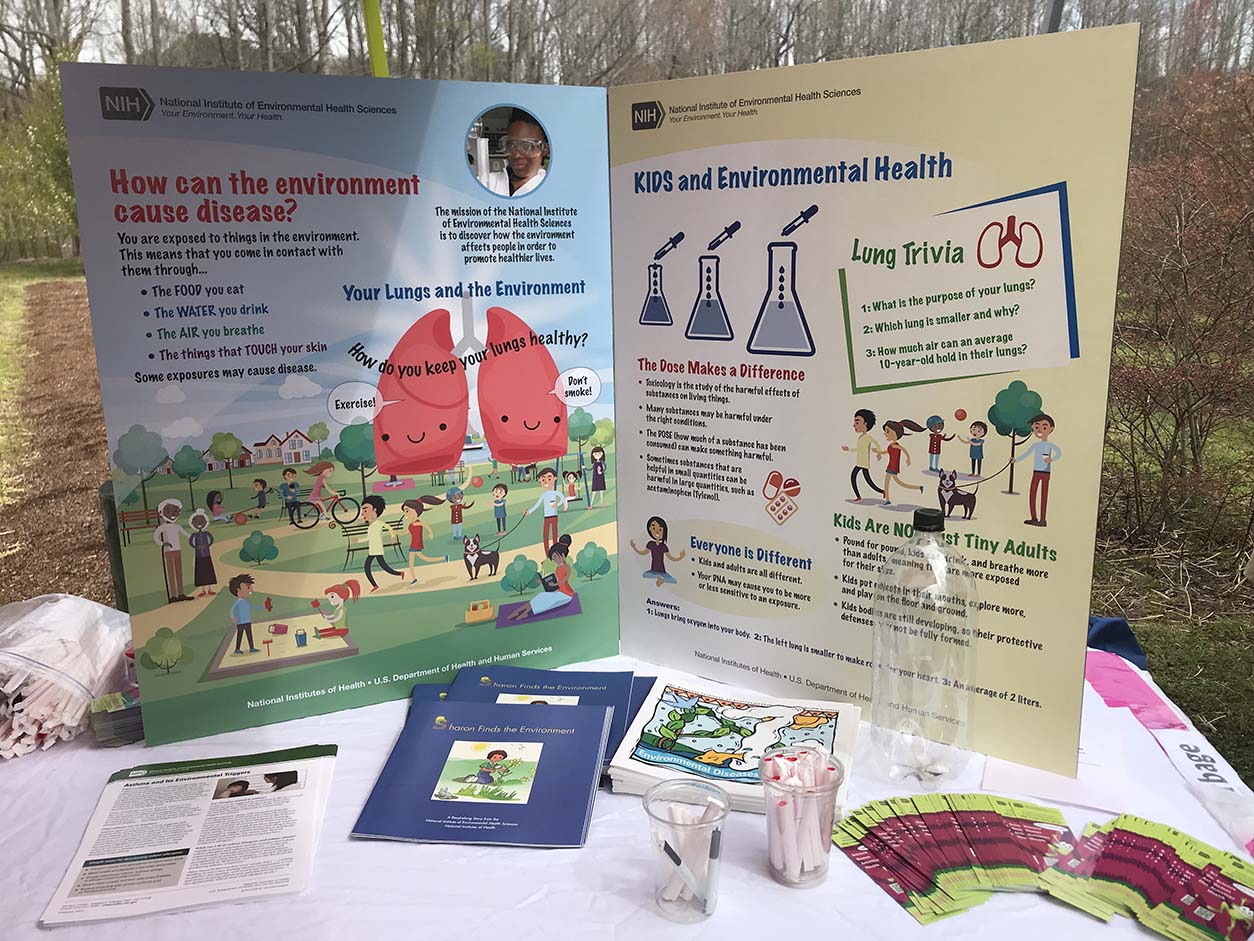 Speakers Bureau volunteers draw upon a variety of informational materials related to environmental health and careers in science.

Taking environmental health to the streets

The NIEHS Speakers Bureau is a service offered free to the public through the institute’s Office of Science Education and Diversity. Its purpose is to take the NIEHS environmental health message into the community by offering local schools, clubs, and fairs the chance to have professional scientists speak at their events.

“Our core mission at NIEHS is to study how things in the environment, be they manmade agents like pesticides or natural agents like mold, affect the human body,” said John Schelp, who heads up the Speakers Bureau. “What good is all that knowledge, though, if people outside our institute scarcely know what it means, or that it even exists?”

That, Schelp said, is where the Speakers Bureau comes in. “We take knowledge derived from NIEHS research into the public square and present it to people of all ages on levels and in venues accessible to them.”

In addition to science and environmental health, Schelp said that Speakers Bureau participants also talk with countless students each year on what it means to make a career in science.

To learn more about the NIEHS Speakers Bureau, or to request a scientist for your upcoming event, visit the group online and fill out the request form. 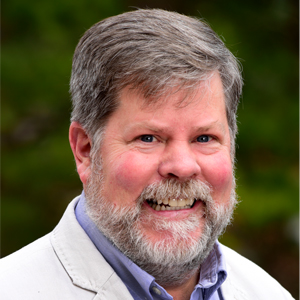 Invite a scientist — NIEHS takes to the classroom 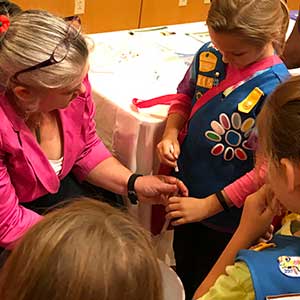