Natalia Orlovsky won second place and $175,000 for research conducted at the Penn Center for Excellence in Environmental Toxicology.

Junior scientists are getting exposure to research and helping to solve real-world problems before they graduate from high school — thanks, in part, to a grant from NIEHS.

One student, Natalia Orlovsky, took home $175,000 in prize money for her research. Orlovsky won second place March 13 in the 2018 Regeneron Science Talent Search for her study of the health effects of e-cigarettes.

Orlovsky, a senior at Garnet Valley High School in Glen Mills, Pennsylvania, became interested in the safety of e-cigarettes after learning they were being marketed to young children and teenagers. “[My friend's results showed that] even at low levels, exposure to e-cigarette vapor caused cells to die,” Orlovsky said. “I became interested in finding underlying explanations for what he saw.” 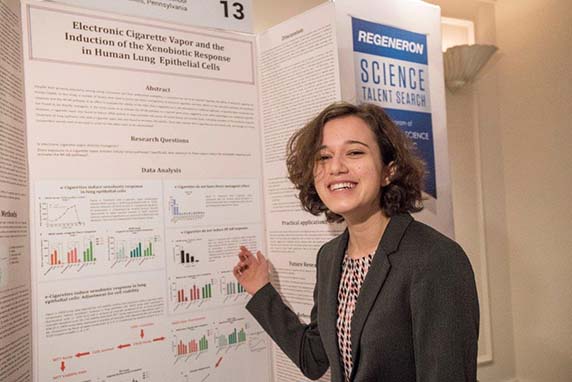 Orlovsky found that epithelial cells from human lungs respond to e-cigarette vapor as a foreign substance, even if nicotine is not present. (Photo courtesy of Chris Ayers)

She collaborated with Jeffrey Field, Ph.D., a pharmacologist at the University of Pennsylvania Perelman School of Medicine. Field directs the Teen Research and Education and Environmental Science (TREES) program, which is part of the Community Outreach and Engagement Core of the university’s NIEHS-funded Center for Excellence in Environmental Toxicology.

After literature searches revealed few conclusive findings on e-cigarettes, Orlovsky saw an opportunity to make a contribution to environmental health. Her results were startling. She discovered that the liquid in e-cigarettes caused a stress response in human cells, regardless of the presence of nicotine.

Field cautioned that, although e-cigarettes did not show mutagenicity in standard tests, the findings suggested that using these devices might result in an inflammatory reaction or even lung damage. 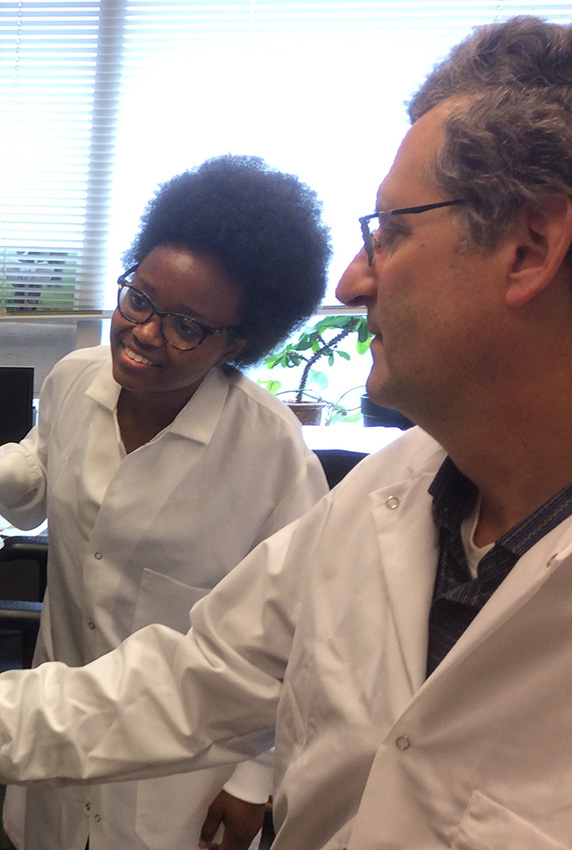 Field, right, is a professor of pharmacology and director of TREES. Graduate student Isabelle Lee, left, helped Orlovsky on her project. (Photo courtesy of Jeffrey Field)

Field launched the TREES program to give students who have completed grades 9, 10, and 11 the opportunity to design and conduct a hands-on research project with individual mentors.

'I want students to learn how science is done by interacting with working scientists,' said Field. 'It's the easiest academic experience because they have no tests, but it can be one of the hardest experiences because they are asked to create knowledge with their own hands.'

TREES, which first received funding from NIEHS in 2008 through the Short Term Educational Experiences for Research in the Environmental Health Sciences program (STEER) is designed to engage, train, and prepare the next generation of scientists.

TREES also helps increase public awareness and interest in the sciences. Field said past participants have won awards in science fairs, published papers, and earned degrees in subjects such as environmental science and sustainability.

I know that I want to spend the rest of my life exploring complex questions through research. Natalia Orlovsky

For Orlovsky, completing the program further fueled her interest in pursuing academic research. 'I know that I want to spend the rest of my life exploring complex questions through research,' she said. 'I also hope to eventually apply my love of writing to the production of fun and exciting educational materials for kids, because I think it’s important to teach critical reasoning skills in engaging ways that inspire a genuine love of learning.'

“We fund a variety of summer research programs across the country, so students and teachers can conduct research projects and learn about environmental health sciences,” said Mike Humble, Ph.D., who oversees STEERs and other grants at NIEHS.

In 2018, 1,800 hopefuls submitted applications for the Regeneron Science Talent Search. Applicants must summarize their research project in up to 20 pages and submit essays on their goals and real-world problems they propose to solve. Hobbies, community service, and letters of recommendation also carry weight.

(Frieda Wiley, D. Pharm., is a contract writer for the NIEHS Office of Communications and Public Liaison.)

The Society for Science and the Public published the following information on the talent search contest. In total, 40 finalists took home $1.8 million in awards.

Benjy Firester, 18, from New York City, won the top award of $250,000 for his development of a mathematical model that predicts how disease data and weather patterns could spread spores of the late blight fungus that caused the Irish Potato Famine and still causes billions of dollars in crop damages annually.

Second place honors and $175,000 went to Natalia Orlovsky, 18, of Chadds Ford, Pennsylvania for her examination of the response of lung epithelial cells to fluids used in vaping, a practice promoted as a safer alternative to smoking cigarettes.

Third place honors and $150,000 went to Isani Singh, 18, of Aurora, Colorado for her work toward determining that women with Turner Syndrome, a genetic abnormality in which the second sex chromosome is missing, do have some cells with two X chromosomes. 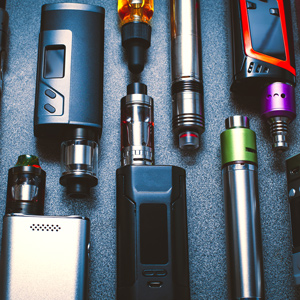 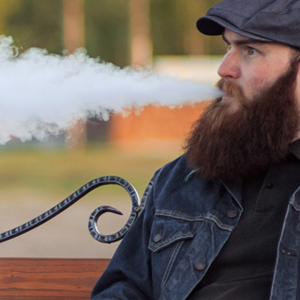 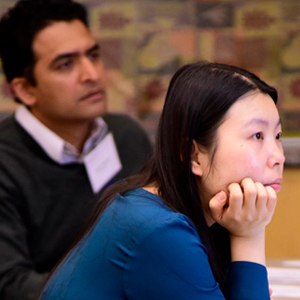