Jane Fernandes, Ph.D., president of Guilford College in Greensboro, North Carolina inspired attendees March 24 at the 2017 NIEHS Spirit Lecture. Her talk, titled “Convergence and Balance,” described approaches to being authentic, she said, and authenticity is key to the art of living.

“Dr. Fernandes was recently recognized by The Best Schools as one of the 20 most interesting college presidents,” said NIEHS and National Toxicology Program (NTP) Director Linda Birnbaum, Ph.D., in her introduction.

From science to literature, and discovering ASL

Growing up, Fernandes loved chemistry, biology, and physics, and she hoped to become a doctor or scientist. But when she got to college, in the 70s, Fernandes discovered that not being able to hear the professors’ lectures made it impossible to do well.

Fernandes was born deaf, to a mother who was born deaf and who was determined that her children learn to speak and read lips so they could pass for hearing individuals. “Don’t we all do this?” Fernandes asked. “We hide our disability or cover our imperfections … on some level we all try to pass.” But that interferes with the art of living, she explained.

Importantly, Fernandes had never made a choice about learning American Sign Language (ASL). She knew nothing of it.

So she changed from science to comparative literature, a field in which the material in books was more fundamental. She graduated and moved to Iowa to earn her doctorate. There Fernandes discovered ASL, and in her words, found authenticity. “The journey I began with signing led to my life’s work,” she said.

From Gallaudet, via Asheville, to Guilford

In 2006, Fernandes was appointed president of Gallaudet College in Washington, D.C., and controversy erupted around the choice. It is the only college in the U.S. designed for deaf, hard of hearing, and deaf-blind students, and with a husband and two children who are hearing, and not having grown up with ASL, Fernandes was seen by some as unable to represent the deaf community. Despite protests, Fernandes and her family decided to pursue the post.

“Who you are born to is not a job qualification,” she emphasized. “It seemed very important not to give up.” The board eventually withdrew their offer, and Fernandes took a position at the University of North Carolina at Asheville, where she served as provost and vice chancellor of academic affairs.

“The journey to be my true self is what prepared me to be president of Guilford College,” said Fernandes, who is the first deaf woman to lead a U.S. college or university.

“The term work-life balance suggests work is separate, and the rest of life is something else,” Fernandes said. So besides balance, she strives for convergence — for days where there is no difference between work and play.

Fernandes follows her quest for authenticity in her work as a college president. “We must make certain that no person is so defined by their circumstances that they try to pass as something else,” she stressed. Fernandes has sought meaningful ways to address issues that face campuses nationwide, including systemic racism, gender inequity, and sexual assault.

In closing, Fernandes referred to the opening video, which traced key figures in the campaign for women’s rights, including the right to vote. Made by Brad Collins, from NTP, the video portrayed women in the sciences, arts, education, athletics, and other fields. “All those women we saw in that beautiful video are sharing a path forward,” she said. “We take our challenges as part of life and then we move on.” 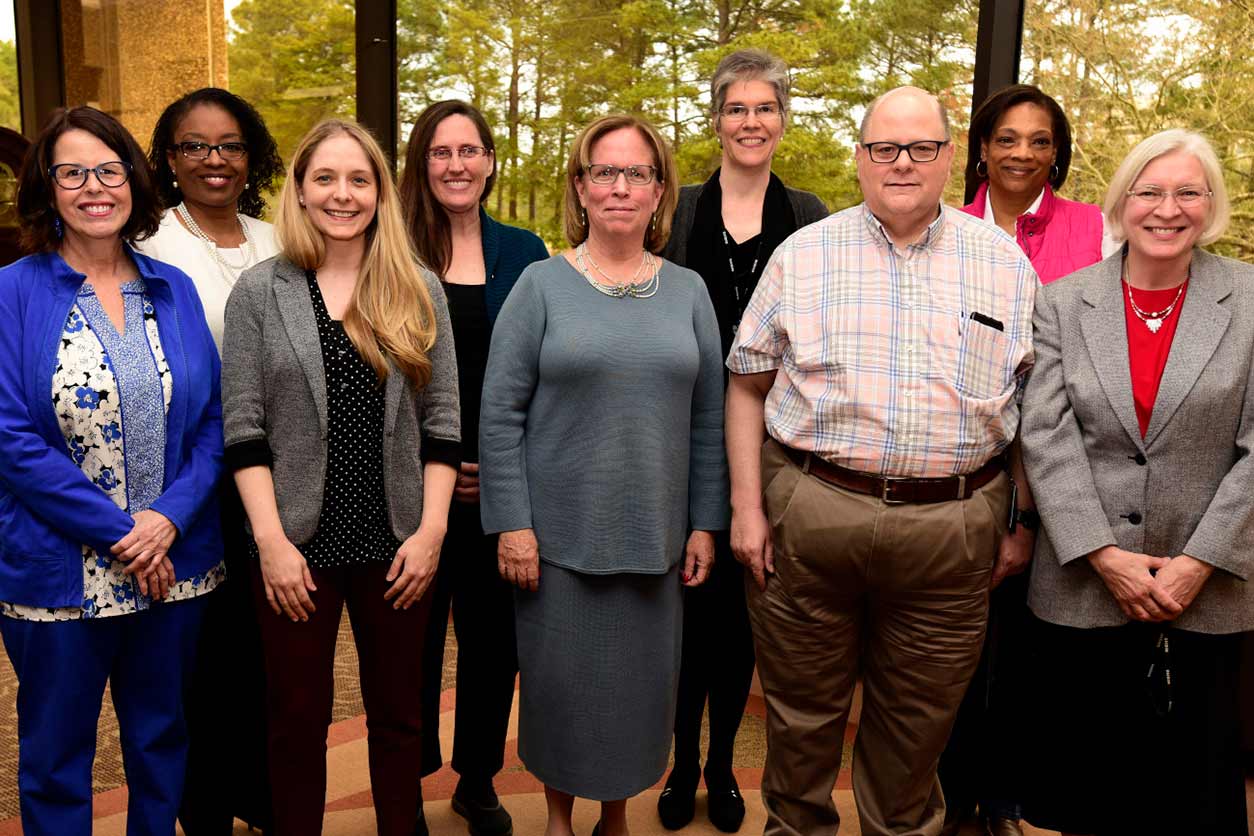 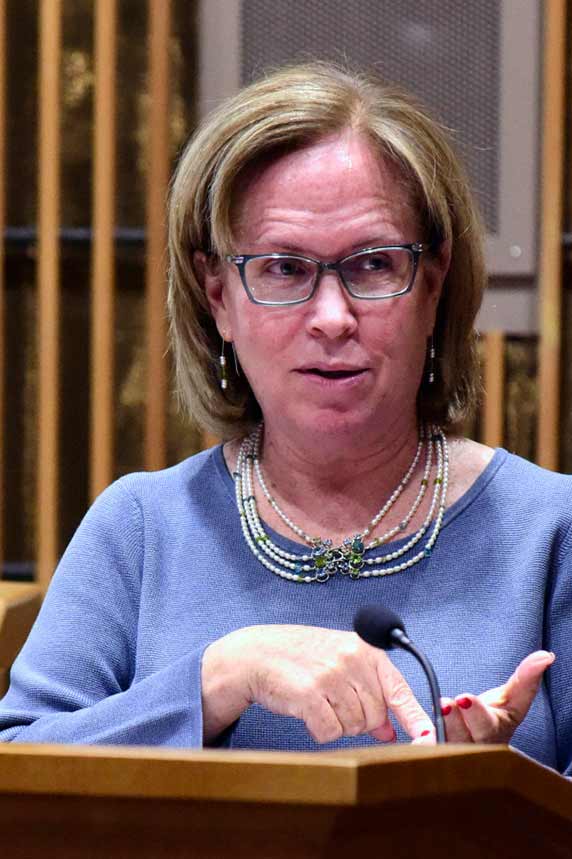 “A master in the art of living draws no distinction between her work and play. To her, she is always doing both,” said Fernandes, modifying a quote by the author James Michener.

The Spirit Lecture Series embodies the idea that balance in one’s life is necessary to achieve greatness in any field. It was established by the former NIEHS Diversity Council in recognition of Women’s History Month.

“It recognizes outstanding women who have achieved balance in their lives,” said Birnbaum. “By sharing her experience with the NIEHS community, the Spirit Lecture speaker inspires us to achieve a balance between competing aspects of our lives.”

Challenges for women in the sciences have been the focus of many speakers during the 16 years of the series.

Watch this 2014 video about Fernandes as the then-new president of Guilford College, from WGHP-TV Fox8 (5:24) 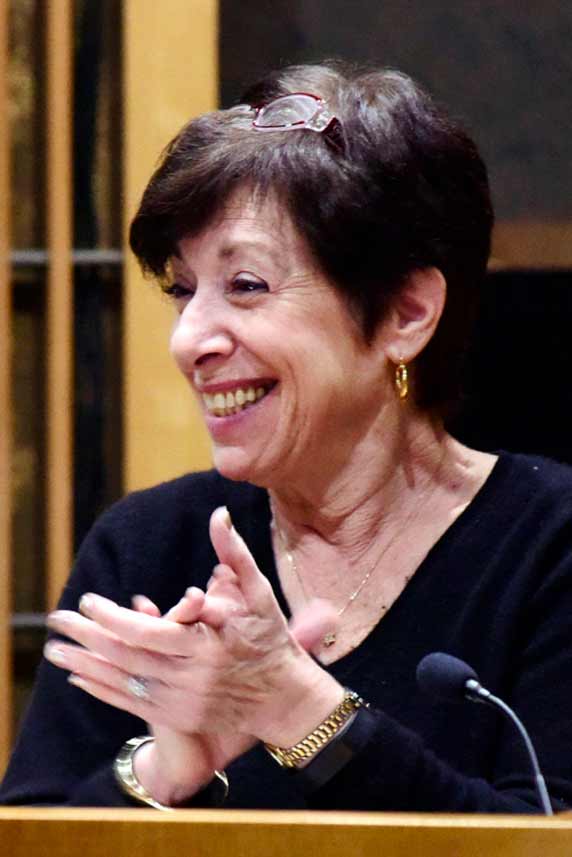 Birnbaum was the 2010 Spirit Lecture speaker. 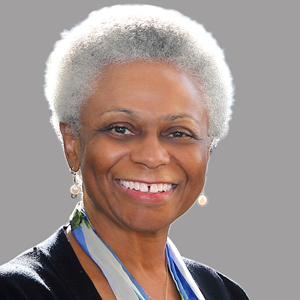 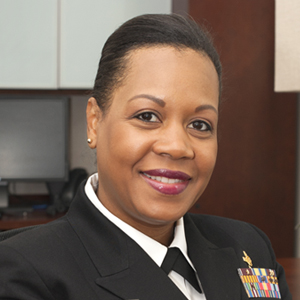 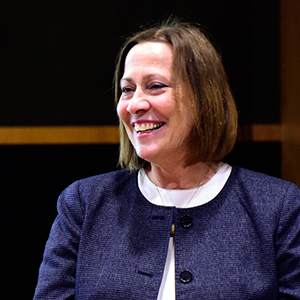 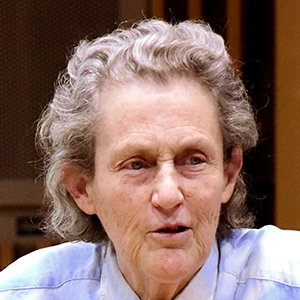 May 2018
Previous Article First Article
Back To Top