King-Herbert elected to ACLAM board

The National Toxicology Program’s Angela King-Herbert was elected to the American College of Laboratory Animal Medicine board of directors. 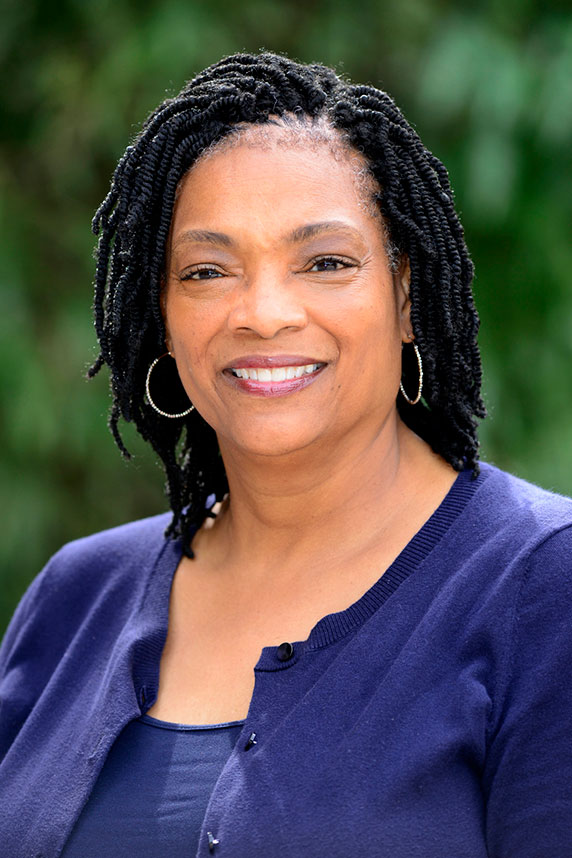 King-Herbert officially assumes her new position on the ACLAM board Oct. 17. (Photo courtesy of Steve McCaw)

Earlier this year, ACLAM recognized her with its Mentor Award, for contributions as a mentor to postdoctoral fellows, graduate students, and junior members. In addition to mentoring, King-Herbert’s ACLAM activities include serving on committees, such as strategic planning, grant review, and examination review.

King-Herbert passed the organization’s rigorous certification exam in 1999 and became an ACLAM member, known as a diplomate.

'When I received the email that I had been elected, I was very surprised,' said King-Herbert. 'Happily surprised.'

Both surprised and primed for action. 'This is a great honor. I’m very excited, and ready to jump in there with both feet to do what I can to work on our strategic objectives — to be the voice of my college and the voice of my colleagues,' she said. 'I want to help move the college forward, and make sure that our value as ACLAM diplomates is known to our stakeholders.'

That value is certainly well-known to her colleagues at NIEHS and NTP. 'We are thrilled by and proud of Angela’s election to the ACLAM Board of Directors,' said Robert Sills, D.V.M., Ph.D., head of the NIEHS Cellular and Molecular Pathology Branch, which includes King-Herbert's group. 'It is a richly deserved recognition of her many contributions to the field of laboratory animal medicine over the years.'

King-Herbert’s group oversees the use of laboratory animal models for the NTP. 'I work with our NTP scientists and our contract laboratories, including their veterinarians, to ensure the welfare of the animals used in our studies, including that they are well cared for and that we are following all of the rules and regulations,' she said. 'I always describe myself as an advocate for the laboratory animals.'

Founded in 1961, ACLAM is active in training, outreach, and mentoring within the laboratory animal medicine field.

Membership in the professional society is open to veterinarians certified as ACLAM diplomates.

The group is dedicated to advancing humane care and responsible use of laboratory animals by certifying veterinary specialists and sponsoring professional development, education, and research.