Towards greater diversity in science

“Dr. Ginther brings a wealth of expertise with NIH data and helps set a broad context for examining the diversity of our workforce,” explained Christie Drew, Ph.D., head of the NIEHS Program Analysis Branch.

In what Drew called a milestone paper, Ginther and colleagues reported in the August 2011 issue of the journal Science that Asian and African-American applicants were less likely to be awarded NIH research funding compared to white applicants. The team analyzed NIH data from 2000 to 2006.

In an effort to understand and correct the causes of that disparity, NIH Director Francis Collins, Ph.D., M.D., established the Working Group on Diversity in the Biomedical Research Workforce. Collins directed the working group to analyze Ginther’s findings and develop effective strategies to recruit and promote the professional growth of underrepresented groups in biomedical research, from graduate study to granting of tenure.

Ginther and colleagues continue to dig deeper into the data, to better understand the disparities and pinpoint areas in which NIH action would be most effective.

Ginther’s newest study, published last month in the journal Academic Medicine, found that among applicants with doctoral degrees, white women were as likely as white men to receive a lead investigator research award. However, Asian and African-American women were significantly less likely to receive such funding than white women.

The study also found that in the years studied, women submitted fewer grant applications compared with men. Interestingly, the results showed that African-American and female new investigators, or those who had not previously been awarded an NIH grant, were more likely to have submitted only one application during the years studied than new investigators in other groups.

“Like any good research, it doesn’t fully answer the question, but leaves you with a direction to look next,” Ginther said during the discussion period after her talk.

NIEHS has long recognized the compelling need to increase diversity in environmental health science and to attract trainees and faculty from underrepresented groups.

The 2012-2017 NIEHS Strategic Plan included goals to help address this need, and the institute has developed targeted grant programs, including diversity supplements and innovative training initiatives, such as the NIEHS Scholars Connect Program (NSCP).

According to Ericka Reid, Ph.D., director of the NIEHS Office of Science Education and Diversity, those efforts are paying off. Now in its fifth year, NSCP targets students from nearby colleges and universities for a training program that lasts a full academic year.

Participants are paired with NIEHS research mentors who guide them through designing and conducting experiments, and analyzing and reporting data. The enriched mentoring experience can help set the foundation for a career in biomedical research.

“We’ve worked with 30 scholars through our program, and many of them have gone on to graduate and professional school,” Reid said. “And one just joined the Peace Corps and will later pursue a master’s degree in public health.” NIEHS is currently evaluating the program, to provide more information on its impact.

“We appreciated the chance to discuss our programs with Dr. Ginther,” Reid said. “She has studied this from so many directions that her insight is really valuable.” 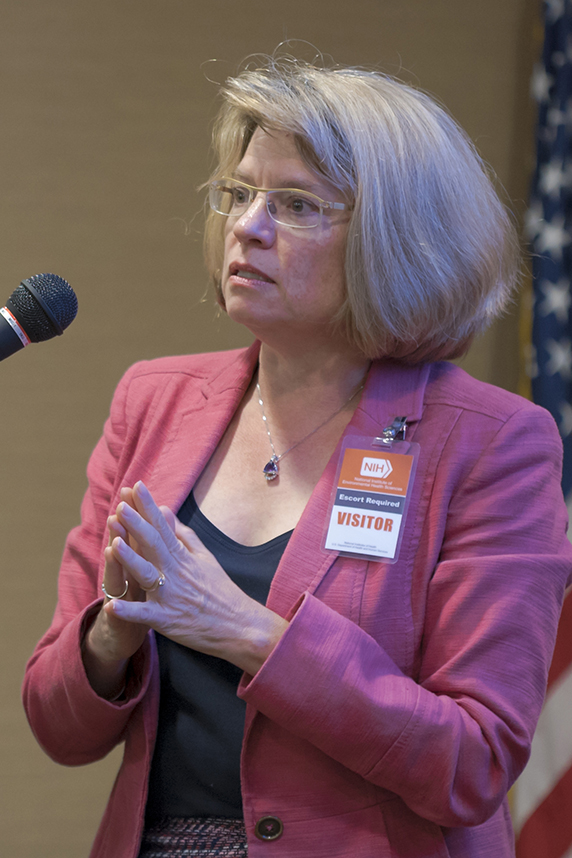 Ginther directs the University of Kansas Center for Science Technology and Economic Policy and is a research associate at the National Bureau of Economic Research. 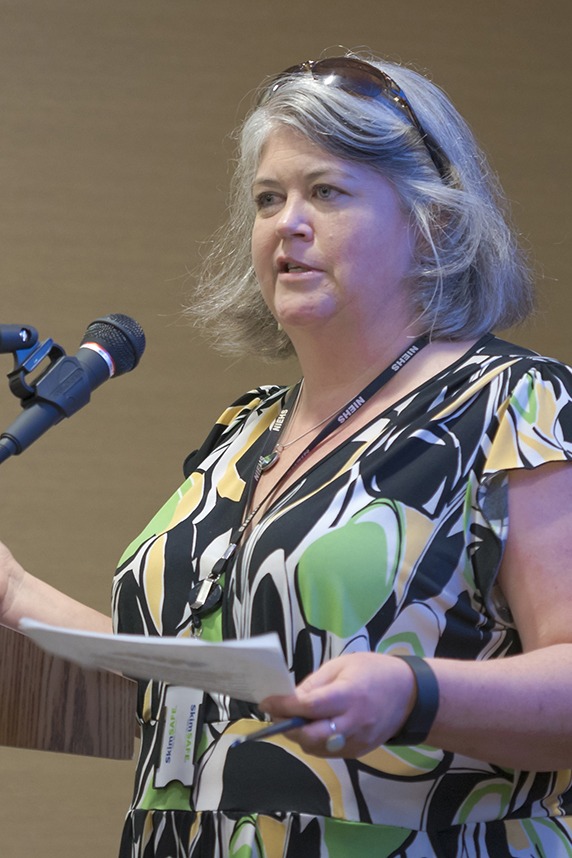 “Each of our institutional training programs has to include a diversity plan in their applications,” Drew said, referring to certain NIEHS grant programs. 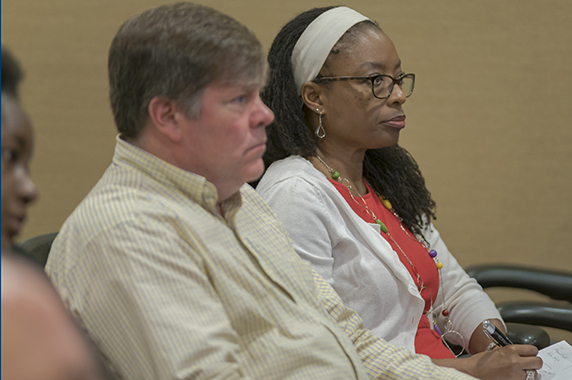 Reid, right, and John Schelp, special assistant for community engagement and outreach, attended the talk and met with Ginther afterwards. 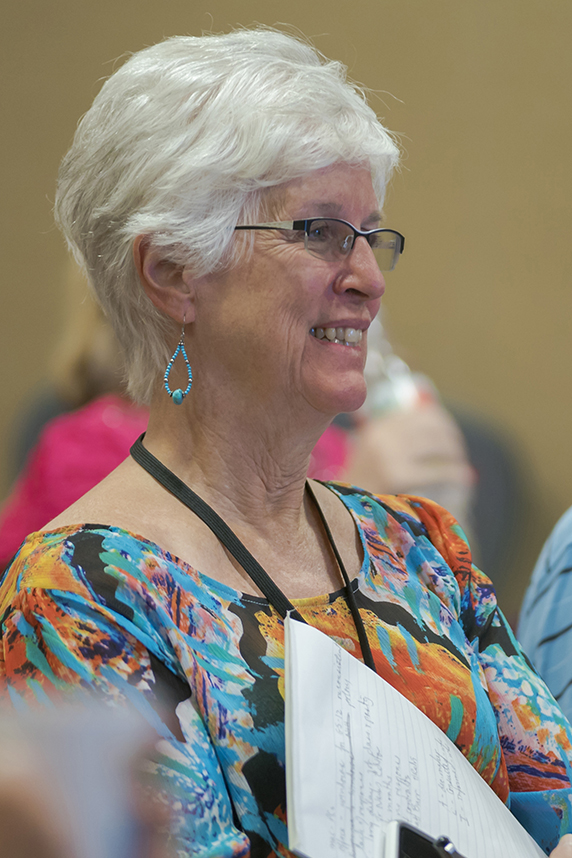 Sally Darney, Ph.D., editor in chief of Environmental Health Perspectives, was one of the audience members interested in Ginther’s studies.