The new NIEHS clinical director is Janet Hall, M.D., who came from Harvard in 2015 to lead a research group focused on women’s health.

Janet Hall, M.D., left her post as professor of medicine at Harvard Medical School in 2015 to head the Reproductive Physiology and Pathophysiology Group at NIEHS. On August 10, she became the institute’s clinical director, taking over for Stavros Garantziotis, M.D., medical director of the NIEHS Clinical Research Unit, who had performed the additional role of acting clinical director.

Hall is a native of Toronto, Ontario, Canada, and completed her undergraduate, master’s, and medical degrees at McMaster University in Hamilton, Ontario. She was an English and physical education major in college and planned to become a teacher. A chance encounter with patients changed her thinking completely.

'I worked with kids who had cerebral palsy and was inspired to change my focus to helping people with medical problems,' Hall said. 'That encounter led me to pursue a graduate degree in medical science and then enter medical school.'

After completing an internal medicine residency in Canada, Hall moved to the United States for a fellowship in endocrinology at Massachusetts General Hospital. She found endocrinology research extremely appealing and has dedicated her career to clinical research.

Hall has had continuous funding from National Institutes of Health (NIH) grants for her own highly successful research program, and she is dedicated to advocacy and education for clinical research. Along the way, she got married, raised three children, and gained the knowledge and expertise she brings with her as head of clinical research at NIEHS.

'Dr. Hall has moved effortlessly from bedside to bench, managing a busy clinical practice and a productive research laboratory, while devoting significant time to teaching and mentoring,' said NIEHS Scientific Director Darryl Zeldin, M.D. 'She is the type of physician-scientist that is rare these days.'

Prepared to hit the ground running

Hall’s research group at NIEHS focuses on women’s health, particularly the neuroendocrine interactions that govern normal reproduction, the impacts of environmental influences on this process, and changes that occur with aging. Because of her expertise, Hall also holds a secondary appointment in the NIEHS Reproductive and Developmental Biology Laboratory.

In addition to being an established clinical investigator, Hall has strong ties to both the NIH grant program and to endocrinologists doing basic research. She has participated on multiple review panels, Institutional Review Boards, and U.S. Food and Drug Administration approval committees for new therapeutics. She honed her leadership skills as president of the Endocrine Society by developing an expanded role for the society in addressing health disparities.

During her more than 30-year career, mentoring proved to be one of the things she has been most passionate about. Hall was one of the first recipients of the NIH Mid-Career Award for Mentoring in Clinical Investigation and received the A. Clifford Barger Excellence in Mentoring Award from Harvard Medical School.

Hall said she will use all of the experiences she has gained in her new role as clinical director. She will focus her attention on the following objectives.

Hall has the support of everyone at the institute, beginning with NIEHS and National Toxicology Program Director Linda Birnbaum, Ph.D. 'We are extremely fortunate to have a scientist of her caliber join our staff,' Birnbaum said. 'She will take the NIEHS Clinical Program to the next level.'

As a physician-scientist who has led the Clinical Research Program at the institute, Garantziotis understands the demands the job will place on Hall. Based on her track record, he is confident of her success.

'Dr. Hall is a proven leader, outstanding scientist, a natural bridge-builder, and enjoys the respect of her colleagues nationally and internationally,' Garantziotis said. 'Recruiting her to the NIEHS is a big deal.' 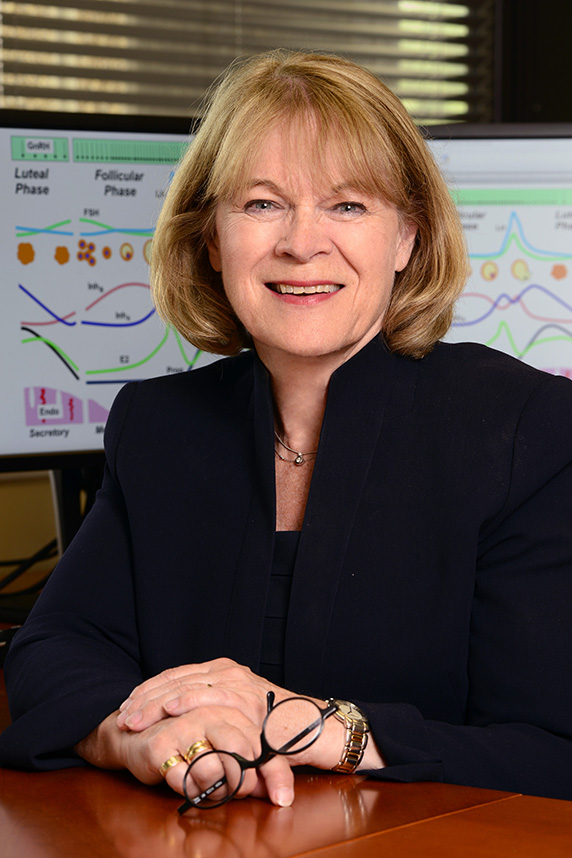 The Endocrine Society announced Aug. 24 that Hall will receive the 2017 Sidney H. Ingbar Distinguished Service Award, one of the Society’s prestigious Laureate Awards that recognize the highest achievements in endocrinology, including groundbreaking research and innovative clinical care.

“Through her service as the Endocrine Society’s President, and on its Annual Meeting Steering, Nominating, Laureate Awards, and Strategic Planning Committees, Hall has highlighted the essential contributions that basic and clinical researchers and physicians-in-practice make to the field by working together and has championed the Endocrine Society’s commitment to health disparities in endocrinology,” the society wrote in its press release.

Hall and 13 other Laureate winners will accept their awards April 1-4, 2017 during the Society’s 99th Annual Meeting and Expo in Orlando, Florida.