“We want to raise awareness and promote the different types of genomics experiments that are being performed here,” said Kevin Gerrish, Ph.D., acting director of the Molecular Genomics Core and event organizer. He and others updated the audience on available technologies, and tips to get the most out of the services.

Scientists, ranging from trainees to lead researchers, who have used the various resources to advance their studies gave talks on their findings (see text box). An afternoon session featured more than 60 posters by scientists from NIEHS, the National Toxicology Program (NTP), and the U.S. Environmental Protection Agency, as well as vendors.

Gerrish described the technologies his core makes available, as the team strives to keep up with scientific advances and meet the developing needs of institute researchers. “We’ve only been using NanoString for about a year and a half and there have already been four publications containing the data,” Gerrish said, underscoring the importance of offering cutting-edge services.

Greg Solomon, manager of both the Epigenomics and DNA Sequencing Cores, said his team performs hundreds of millions of reads every day, and works with contractors who provide many more. Solomon stressed the steps researchers can take to achieve high quality results from the more than a dozen techniques they provide. “Plan ahead — that is the key,” he said. “Besides a core lab, we like to think of ourselves as a teaching lab,” he continued, describing some of the training they provide.

The keynote presentation, “Cnot3-dependent mRNA Deadenylation Safeguards the Pluripotent State,” was presented by Guang Hu, Ph.D., head of the NIEHS Stem Cell Biology Group. He described his team’s recent findings on the role of the Ccr4-Not protein complex in maintaining the pluripotent state of stem cells. Pluripotency is a state in which the cells can be maintained as stem cells in culture and still retain the ability to differentiate into all the cell types found in the body.

“Pluripotent stem cells hold great promise for both basic and translational research,” Hu said, pointing out that NTP and outside labs use stem cells to develop tools for studying the impact of environmental compounds on early development. Hu’s team aims to help such researchers, by building knowledge of how the developmental potential of stem cells is regulated.

Hu thanked all the core facilities for support of his group’s research. “We’ve used a variety of genomic tools to try and answer the questions we are interested in,” he said. “We’ve benefitted greatly from the core facility, which is readily available to [researchers] at the institute.”

From thyroids to mitochondria

“Insights Into the Genetics of Sex Determination in Mouse Embryos,” was presented by Barbara Nicol, Ph.D., visiting fellow in the Reproductive Developmental Biology Group, led by Humphrey Yao, Ph.D.

“Mutation Load in a Human Somatic Cell-derived Clonal Lineage Reveals Genetic Changes Accumulated Over the Lifetime of an Individual” was discussed by Natalie Saini, Ph.D., visiting fellow in the Mechanisms of Genome Dynamics Group, led by Dmitry Gordenin, Ph.D. 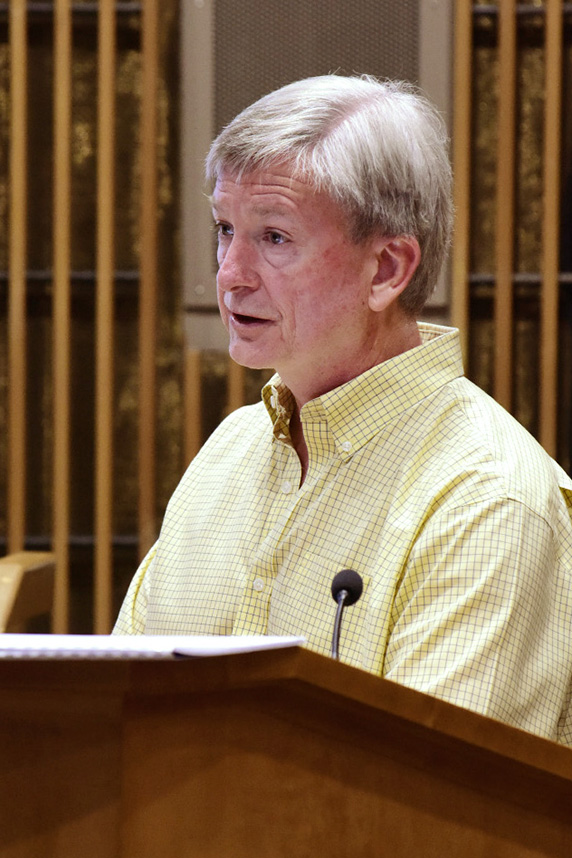 Gerrish highlighted the work of the NIEHS multimedia services and logistics services groups in making Genomics Day a success. “They always perform in the background, and do a great job,” he said. 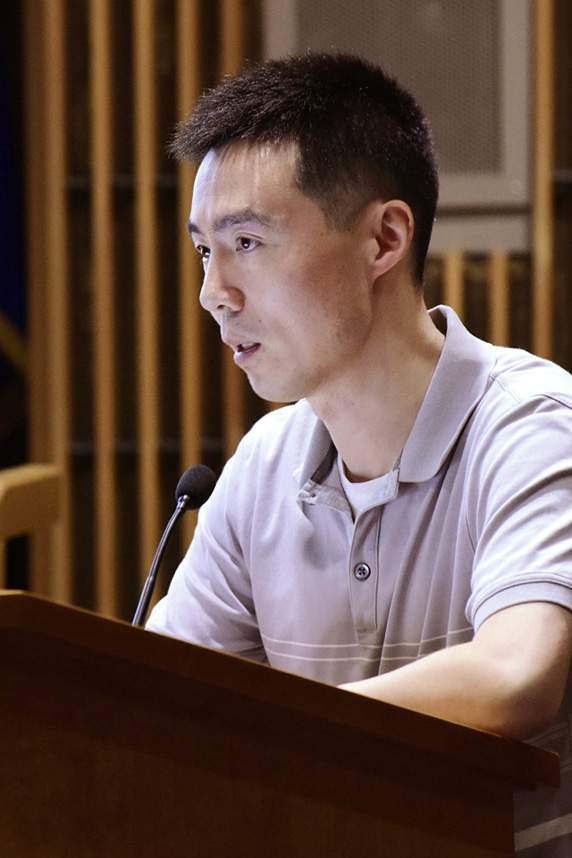 In his keynote talk, Hu said that relying heavily on the genomic tools and approaches offered by the cores has helped his team advance their research. 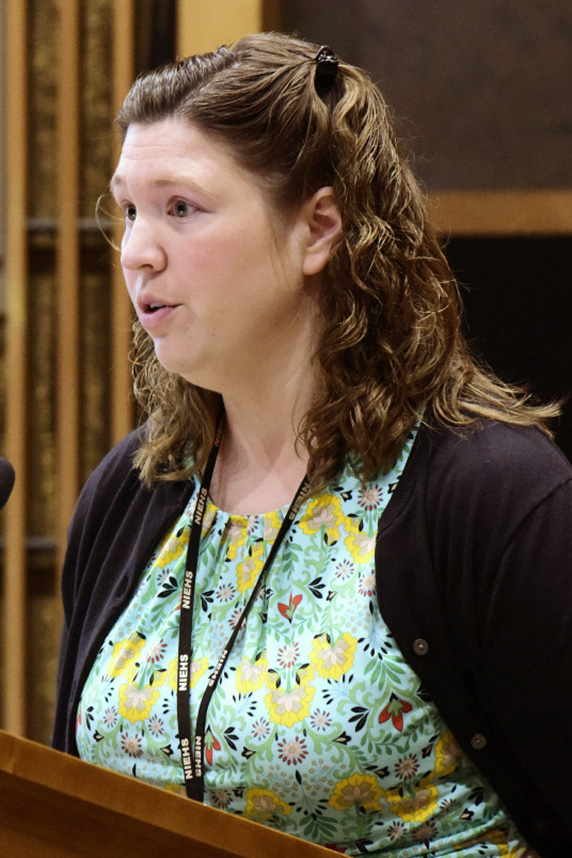