The Genetics and Environmental Mutagenesis Society (GEMS) has promoted communication of leading-edge science for more than 30 years. However, the group offered something a little different from its traditional science-focused program at its spring meeting April 19 at the U.S. Environmental Protection Agency (EPA) in Research Triangle Park, North Carolina.

For the first time, meeting organizers, which include scientists from NIEHS, EPA, and area biomedical research groups, let scientific updates take a back seat, while experts explored the theme “Communicating Our Science: Outreach to the Public and Future Scientists.”

It was a gamble for GEMS and its program organizer, President-elect Brian Chorley, Ph.D., but it clearly paid off, attracting the second highest number of registrations in the society’s history.

In his opening remarks, Chorley underscored the need for scientists to better communicate their work, expanding on a recent Scientific American blog post, Scientists: do outreach or your science dies.

Showing and telling where ideas come from

At age 90, Smithies continues to pursue his lifelong love affair with science, in his lab at the University of North Carolina at Chapel Hill (UNC). Smithies structured his talk around familiar themes, as he progressed historically through events in his long career, beginning with important teachers from his elementary school days during the 1930s in the English village of Copley, West Yorkshire, where there is now a plaque in his honor.

Noting how many of the schools in the West Yorkshire area can boast of alumni with Nobel Prizes, Smithies told the audience that it’s the teachers who are so influential in a career. During his undergraduate and graduate education at University of Oxford Balliol College, he formed a relationship with tutor and mentor Alexander “Sandy” Ogston, D.Phil. Smithies said it helped shape his mastery of doing good science and lasted until Ogston’s death some 50 years later.

“It isn’t work [to me],” Smithies said of his pure enjoyment of doing science. Throughout the talk, his slides showed pages of his handwritten lab notes, with entries on weekends and at all hours of the day and night.

Smithies offered example after example of his scientific discoveries, to demonstrate how failure, serendipity, and even childhood memories can be sources of ideas. After his talk, Smithies gathered the high school students in a semicircle and further charmed them during an intimate question-and-answer session.

Scientists heard a talk on “Building Academic-Community-Government Partnerships to Improve Public Health,” by NIEHS Superfund grantee and UNC associate professor Rebecca Fry, Ph.D. They also heard from the director of the Morehead Planetarium and Science Center at UNC, Todd Boyette, Ph.D., on “A Broader Impact: Extending Your Work Beyond the Lab.”

(Eddy Ball, Ph.D., is a contract writer with the Office of Communications and Public Liaison.)

GEMS and NIEHS — a three-decade partnership

Although GEMS attracts scientists from universities and the private biomedical sector, scientists from NIEHS, NTP, and EPA dominate the membership and board. The current president of GEMS is NTP genetic toxicologist Stephanie Smith-Roe, Ph.D.; the treasurer is Jef French, Ph.D., a retired NTP toxicologist and current special volunteer. Councilor Michelle Campbell is an NIEHS biologist; and councilor Jennifer Nichols, Ph.D., was a fellow at NIEHS prior to joining EPA.

At the past two spring meetings, retired NTP toxicologist and special volunteer Michael Shelby, Ph.D., presented tributes to mark the passing of friends and colleagues in the mutagenesis community. At the latest meeting, Shelby discussed the life and work of mutagenesis pioneer Elizabeth Von Halle, Ph.D., of the Oak Ridge National Laboratory, and longtime member of the Environmental Mutagenesis and Genomics Society. 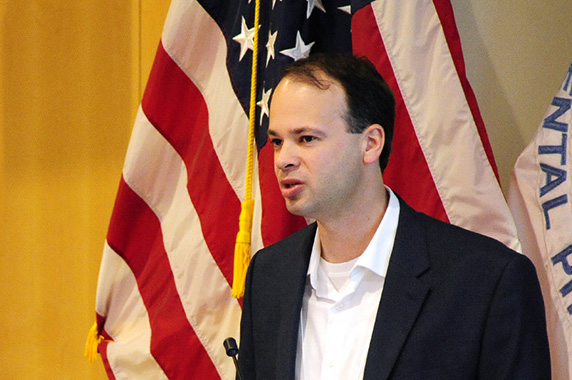 Chorley gained science communication experience during his NIEHS postdoc by writing for the Environmental Factor and the NIH Catalyst. 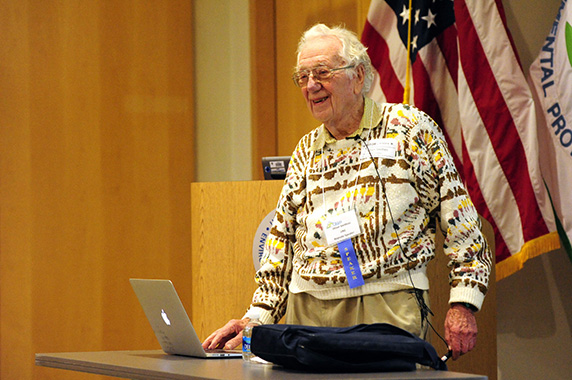 Smithies shared his journey from an English village school to the Nobel auditorium in Stockholm. 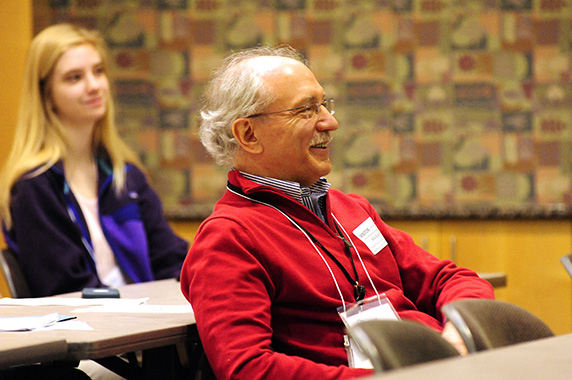 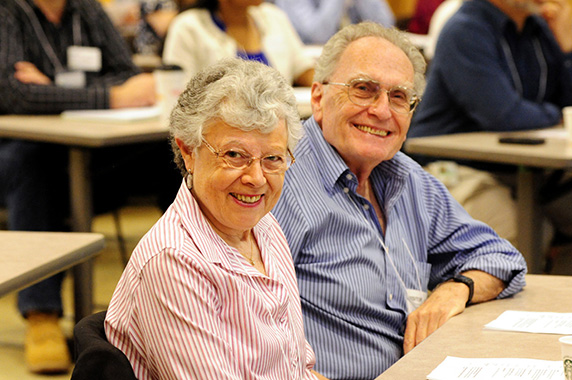 The many new faces at the spring meeting were joined by veteran members, including retired scientists Barbara Shane, Ph.D., of NTP, and Errol Zeiger, Ph.D., J.D., of NIEHS. 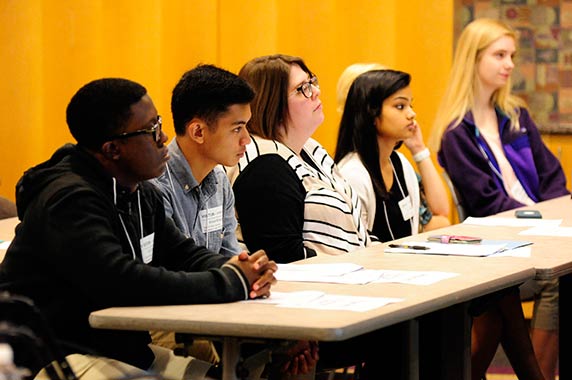 The real stars of the meeting were the students, still pondering career choices ahead.