NIEHS played a vital role developing a scientific assessment of the impacts of climate change on human health in the United States.

A first of its kind report, “The Impacts of Climate Change on Human Health in the United States: A Scientific Assessment,” was unveiled April 4 at the White House, and NIEHS played a vital role in its development.

John Balbus, M.D., NIEHS senior advisor for public health, represented the U.S. Department of Health and Human Services as one of 16 lead authors, contributing to the introduction and the chapter on populations of concern. He joined several other authors in a panel discussion at the White House event.

“The health impacts of climate change are numerous and touch on almost all aspects of public health,” said Balbus (see sidebar). “This report makes it clear that we need to do a better job of identifying those impacts and incorporating them into the mainstream of public health.”

Balbus served on the steering committee with Kimberly Thigpen Tart, J.D., NIEHS program analyst in the Office of Policy, Planning, and Evaluation. Thigpen Tart helped write the chapters on populations of concern and mental health, and, along with Balbus, helped develop author teams and shape the focus and scope of the scientific assessment.

“An important aspect of this report is that it identifies ways climate change affects populations already at risk, such as children, the elderly, outdoor workers, and persons of color,” said Thigpen Tart. “NIEHS has a long history of research and training on disparities in how environmental impacts affect different populations, and this report adds to that body of knowledge.”

During the White House event, NIEHS and National Toxicology Program Director Linda Birnbaum, Ph.D., chaired a panel of experts working to help communities understand climate change impacts and how to reduce them.

“The report rolled out today outlines a wide array of health impacts we are already seeing and provides more scientific detail on our confidence in predicting the various types of health problems,” she said. “We’ve been pleased to support this climate health assessment through our experts, by providing a bibliographic database, and funding some of the research.”

“We believe strongly that robust research must be translated into public health actions to protect people’s health, especially those most vulnerable,” Birnbaum added. To support those actions, NIEHS released an updated fact sheet on climate change and human health to coincide with release of the report.

Three years in the making

The scientific assessment, produced by the U.S. Global Change Research Program, was three years in the making, involved eight federal agencies, and a hundred experts in climate change and public health. It included analysis of more than 1,800 peer-reviewed publications, and underwent public and agency review, as well as review by the National Academies of Sciences, Engineering, and Medicine.

Vice Admiral Vivek Murthy, M.D., U.S. Surgeon General, was the final speaker at the event. “We understand now, so much more clearly than we did a decade ago, about the connection between climate change and health,” he said.

“This is the first time in history we’ve been able to really look at climate change and show it’s not just about polar bears and melting ice caps,” said U.S. Environmental Protection Agency (EPA) Administrator Gina McCarthy, in remarks during the report’s unveiling. “It’s about our kids, our families, and our future.” 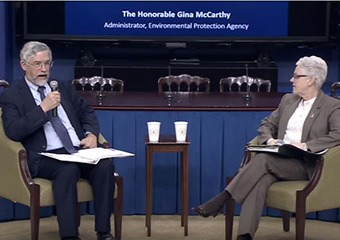 Watch McCarthy discuss the new report with John Holdren, Ph.D., director of the White House Office of Science and Technology Policy, in this video from the White House. (23:04)

(John Yewell is a contract writer for the NIEHS Office of Communications and Public Liaison.)” 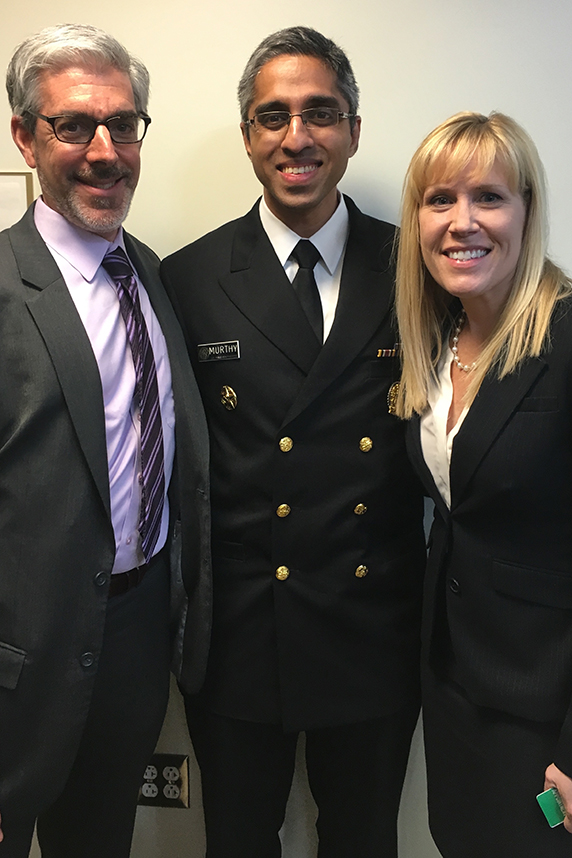 “The report sheds light on areas that were previously either unrecognized or underappreciated, as connected to climate change,” said Murthy, center, between Balbus, left, and Thigpen Tart.

What are the likely health impacts?

Many factors contribute to the impacts a particular region or population may experience, including location, weather, individual health, and socioeconomic status.

A White House fact sheet summarizes the impacts, including those listed below. The full report provides more detail. 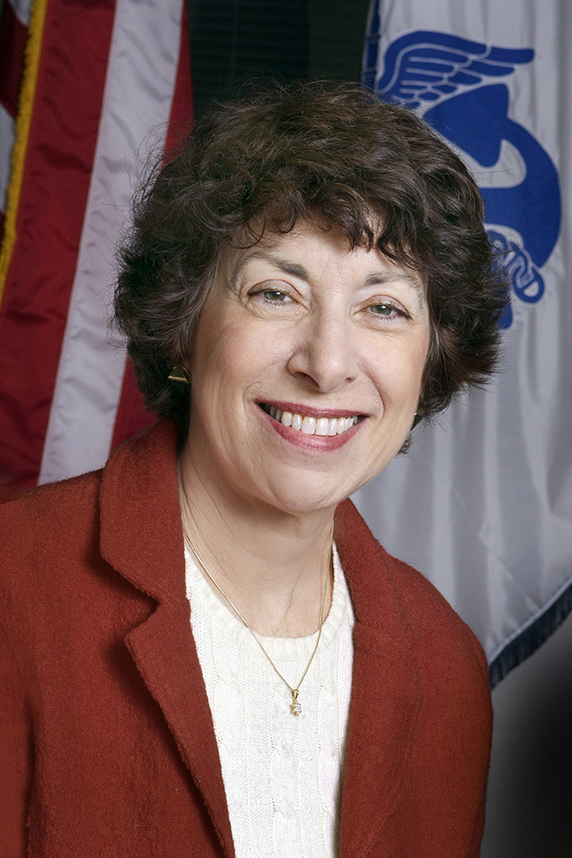 “This report states that many health outcomes can be avoided by adaptation and public health interventions,” Birnbaum said.