At their final meeting, university and community grantees shared findings on mental health, community resilience, and the safety of seafood.

The NIEHS-led program was organized to study how the April 2010 Deepwater Horizon oil spill affected the health of communities around the Gulf of Mexico. Under the direction of Symma Finn, Ph.D., health scientist administrator, the $25.2 million, five-year program involved partnerships between four universities and over 45 community organizations. Finn worked with Claudia Thompson, Ph.D., head of the NIEHS Population Health Branch, who established and helped oversee the consortia.

Seven other institutes or centers within the National Institutes of Health and the Substance Abuse and Mental Health Services Administration (SAMHSA) also provided support.

“These consortia are good examples of the NIEHS commitment to disaster-related research and community engagement,” said Gwen Collman, Ph.D., director of the NIEHS Division of Extramural Research and Training. “Community input helps ensure that research conducted after disasters will be more widely accepted and results will be more useful.”

Several research projects reported mental health problems in residents following the spill. The Women and Their Children’s Health (WaTCH) study, at Louisiana State University, found that women exposed to the spill, or who experienced economic impacts afterward, had increased symptoms of depression and domestic conflict. They also found that physical exposure to the spill, in comparison to financial impacts, resulted in increased post-traumatic stress disorder among women surveyed.

The Gulf Resilience on Women’s Health (GROWH) collaboration at Tulane University studied exposure to the oil spill and potential pregnancy complications, including gestational diabetes, high blood pressure, miscarriage, and nausea or vomiting. The researchers did not find significant links.

Given the prevalence of anxiety and depression observed after the spill, partners in the Healthy Gulf Healthy Communities (HGHC) project wanted to learn what helped individuals and communities cope with, and recover from, the disaster. They found that people with strong social support, cohesive families, self-confidence in their problem solving skills, and an optimistic outlook had the best mental health.

The researchers noted that coping capacity can diminish during an extended recovery, so long-term access to medical and mental health services is essential to resilience after a disaster. They also found that individuals with social networks that include a wide variety of people are more resilient than those with social networks of many similar people. The researchers recommended efforts to bridge social divides prior to disaster situations, to improve community resilience.

Seafood is safe yet consumption declined

Local seafood was consistently found to have little to no contamination from polycyclic aromatic hydrocarbons, chemicals that are released from oil and other products. Fish, shrimp, blue crab, and oysters were harvested and tested by the HGHC researchers. To increase public trust in the results, community partners, such as the Franklin County Seafood Workers Association, recommended harvest sites that local residents used regularly.

Minimal contamination was also found by the GROWH partnership. Despite these findings, local seafood consumption declined overall after the spill, according to WaTCH study results.

The research consortia also fostered better public understanding of environmental health. This was largely due to community partners, such the Mary Queen of Vietnam Community Development Corporation Inc. and the Bayou Interfaith Shared Community Organizing (BISCO), who were active in outreach and education. In 2015, BISCO won the first place Gulf Guardian award for Environmental Justice and Cultural Diversity, from the U.S. Environmental Protection Agency.

“In addition to producing research findings, this consortium established a network of community organizations with increased environmental health knowledge that can mobilize in the event of future oil spills or natural disasters,” Finn said.

NIEHS was well-represented at the meeting, underscoring the institute’s varied roles in research and response after the Deepwater Horizon oil spill. 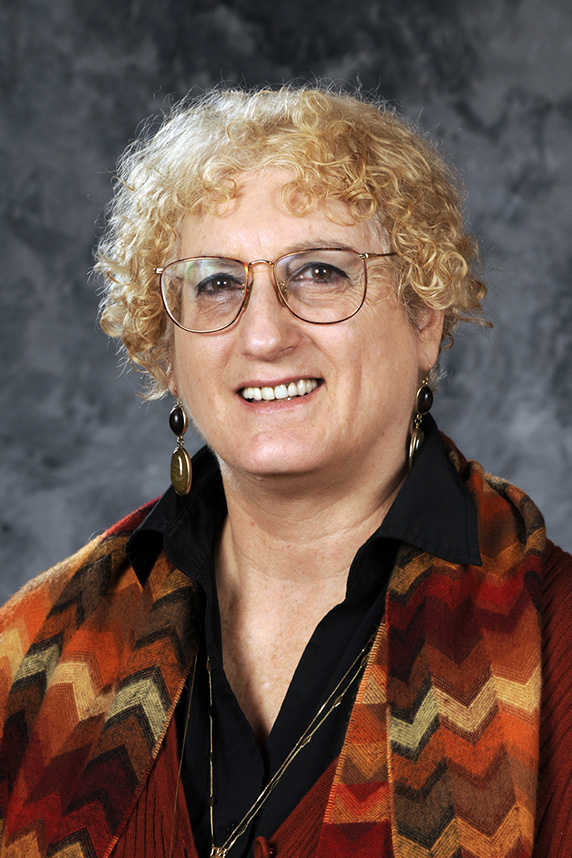 “It is important to recognize the disproportionate impacts on low-income communities and communities of color, and to invest in their resilience,” said Finn. 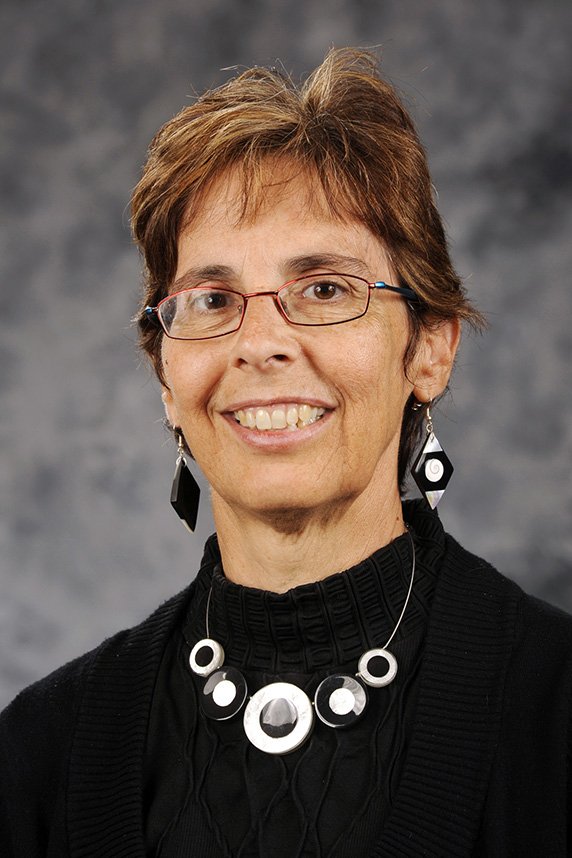 Thompson moderated a session on results of SAMHSA-supported studies and, with Finn, presented concluding remarks to both university researchers and their community partners. 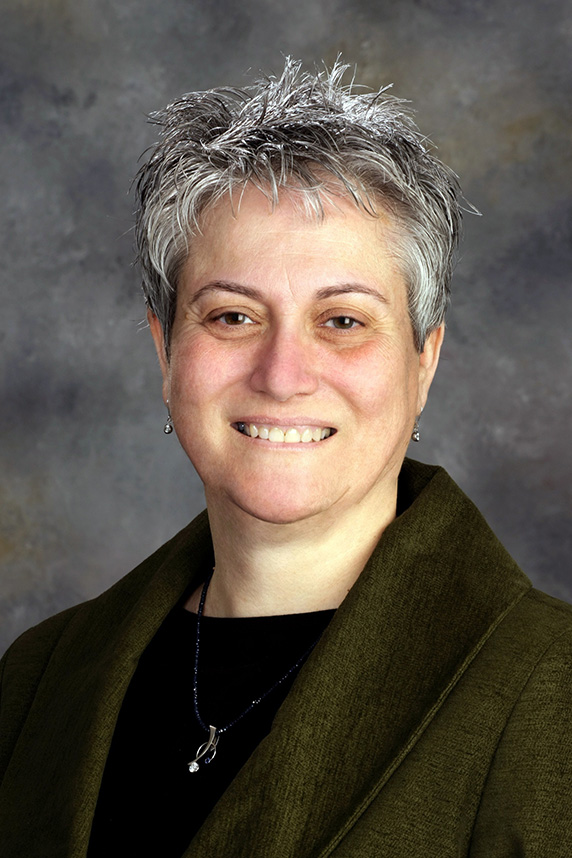 “The consortia helps NIEHS identify and respond to emerging environmental threats to human health, on both local and global scales,” said Collman. “This is one of our strategic goals.” 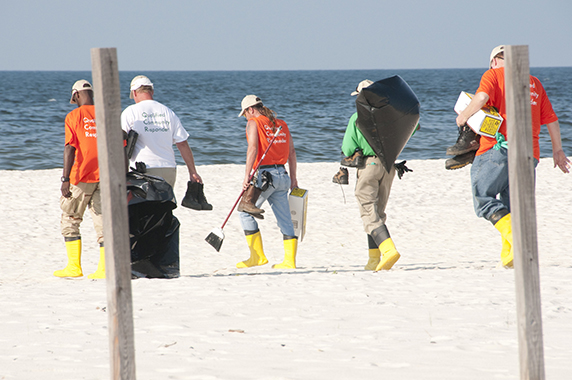 Workers such as these on Perdido Key, Florida, helped clean up Gulf Coast areas affected by the oil spill. The NIEHS Working Training Program sponsored training sessions to protect the workers’ health and safety.