Falk lecture focuses on homeostasis in the individual neuron

Gina Turrigiano, Ph.D., discussed the brain’s visual cortex and how neurons regulate themselves, in the Falk Lecture’s 30th year.

MacArthur Fellow Gina Turrigiano, Ph.D., from Brandeis University, was the guest speaker at the 30th annual Hans L. Falk Memorial Lecture Feb. 9 at NIEHS. In her talk, “Self-Tuning Neurons: Homeostatic Plasticity and the Development of Visual Cortical Circuits,” Turrigiano discussed her studies of the brain’s visual cortex to learn how neurons regulate themselves.

“For complex systems to work properly, there have to be mechanisms that are built into them that act to regulate key physiological parameters and keep them within some kind of functional range,” Turrigiano said. She was one of the first to propose that the activity of neural circuits is a key process in the body that must be regulated. Turrigiano explained that a message in the brain is propagated as a signal from neuron to neuron. If the signal grows as it gets passed along, the message will be lost, as too many neurons become active.

On the other hand, if the signal decreases as it moves from neuron to neuron it may never reach its intended destination. And yet, if the signal is unable to modulate at all, the circuit cannot learn. Therefore, neurons must have a mechanism that maintains homeostasis while permitting learning. “It [the individual neuron] must adjust its excitability to bring itself back to this optimal range,” Turrigiano said.

Discovery of a cellular mechanism for maintaining homeostasis

Turrigiano and her colleagues used fluorescently labeled receptors to research homeostatic mechanisms in primary visual cortex neurons. In rats, each hemisphere of the brain’s visual cortex receives signals from only one eye. This allows researchers to deprive one eye and its associated visual cortex of signal, while using the other eye as a control. Combining this approach with cell culture, Turrigiano established that depriving neurons of signal caused them to increase activity.

She suspected that the mechanism involved activating a transcription factor that would upregulate an unknown scaling mechanism, which in turn could increase the number of receptors at the synapse. Turrigiano turned her search for the scaling factor to adaptor protein 3 (AP3), which is important in directing proteins to lysosomes, where they are degraded.

AP3 is made of different parts that must all fit together for the protein to work properly. She found that one of these parts will act independently when the neuron is deprived of activity, preventing AP3 from accomplishing its normal function.

Turrigiano hypothesized that the purpose of regulation by AP3 was to stabilize firing rates. She used microelectrode arrays in the brains of live rats to measure activity of neurons in the visual cortex. Her team took measurements at baseline, two days after closing one eye to deprive it of vision, and then again six days after depriving the eye of vision.

She discovered that the cortex deprived of input had a drop in activity on the second day. However, by the sixth day the activity of each neuron returned to within 15 percent of its original firing rate, indicating a homeostatic set point for firing on the cellular level.

Understanding homeostasis in neurons opens up new avenues of research. “Missetting of set points could play a role in multiple disease states,” Turrigiano observed. Linda Birnbaum, Ph.D., NIEHS and the National Toxicology Program director, agreed. “Inherent homeostatic control at level of individual cells is important, and something that we don’t normally think about,” she said.

Turrigiano’s talk on neuron plasticity and the development of visual cortical circuits marks the 30th anniversary of the Hans L. Falk Memorial Lecture Series. NIEHS launched the series in 1986, two years after Falk’s retirement and one year after his death.

Scientists invited to present the distinguished lectures, which were initially twice a year, have been winners of science’s highest awards, including the Nobel Prize. The first speaker was Bruce Ames, Ph.D., of the University of California, Berkeley, developer of the short-term tests for carcinogenicity that bear his name. Ames’ talk was hosted by then Scientific Director Martin Rodbell, Ph.D., and attended, as they are to this day, by Falk’s widow, Gabrielle, and members of the late scientist’s family. 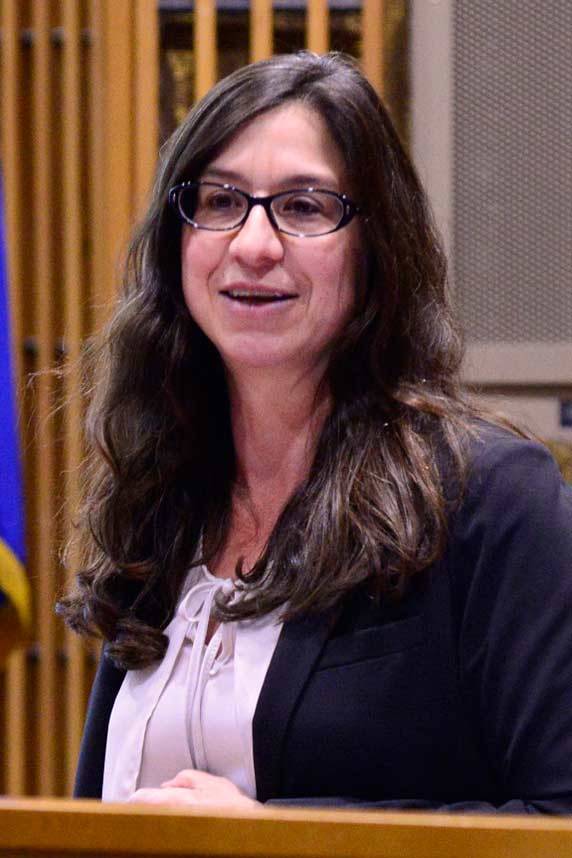 ”The activity of neural circuits is one of these key physiological parameters that has to be homeostatically regulated,” Turrigiano said. 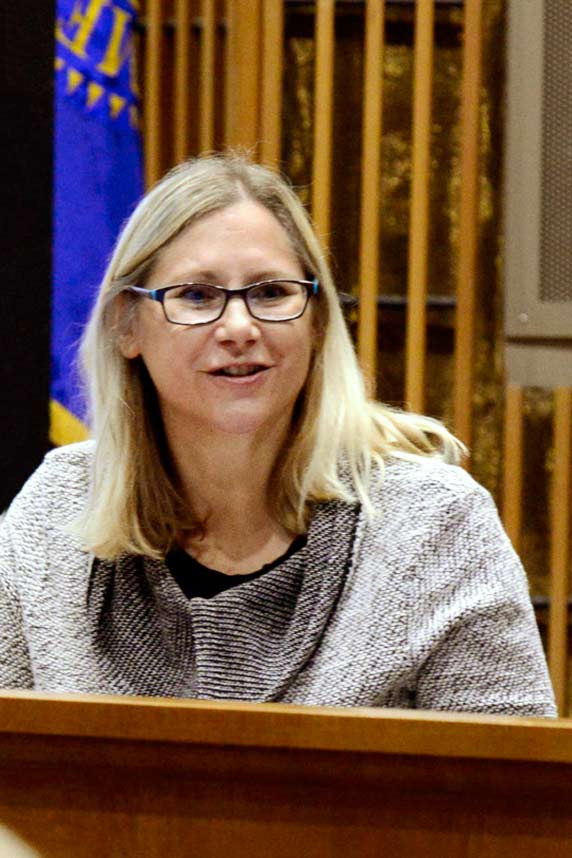 “Dr. Turrigiano changed the way we in the plasticity field considered the neuron, and how the nervous system can respond to, but also overcome environmental stresses,” said Serena Dudek, Ph.D., head of the NIEHS Synaptic and Developmental Plasticity Group. 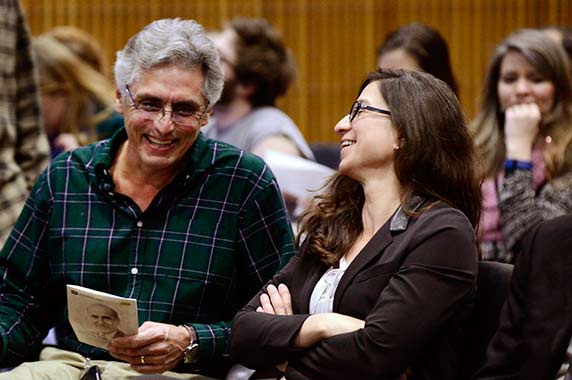 Turrigiano shared a light moment with Jerry Yakel, Ph.D., head of the NIEHS Ion Channel Physiology Group, as the hall filled prior to her talk. 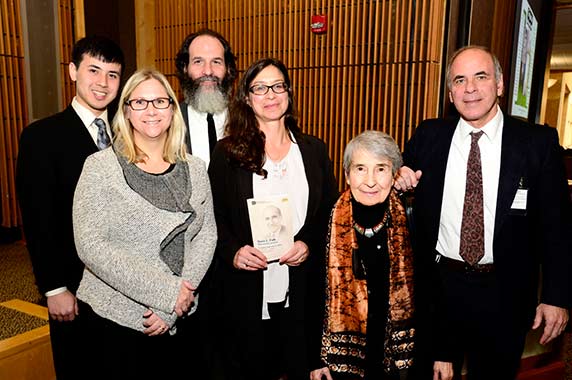 Turrigiano, center, and Dudek, second from left, were pleased to meet members of the Falk family who attended the lecture, including, from left, Michael Falk; Stephen Falk, J.D.; Gabrielle Falk, the widow of Hans Falk; and Raymond Falk, Ph.D.