NIEHS scientists played central roles at the fall meeting of the Genetics and Environmental Mutagenesis Society.

President-elect Brian Chorley, Ph.D, from the U.S. Environmental Protection Agency (EPA), organized the Nov. 9 meeting, calling it very NIEHS-centric. “[NIEHS is] a center of excellence, in terms of mitochondrial biology and research,” he said.

William Copeland, Ph.D., head of the NIEHS Genome Integrity and Structural Biology Laboratory and its Mitochondrial DNA Replication Group, led off the day’s science talks. He explained that cells use a protein called RNA polymerase gamma (POLG) to replicate the genetic material of mitochondria. Copeland showed that having inactive or less efficient POLG is associated with greater susceptibility to disease, because of a decrease in the ability of cells to produce energy.

Janine Santos, Ph.D., staff scientist in the NIEHS Mammalian Genome Group, was also invited to present cutting-edge research. She gave a lively and engaging talk on how signals, derived from mitochondrial metabolism, can mediate responses in nuclear DNA, which are critical players in human health and disease.

The other two invited speakers were both former NIEHS postdoctoral fellows. Sherine Chan, Ph.D., from the Medical University of South Carolina, presented her work with zebrafish. She studies human diseases related to genetically inherited alterations and mitochondrial function. Joel Meyer, Ph.D., an NIEHS grantee from Duke University, demonstrated that processes of mitochondrial quality control are fundamental to preventing human diseases.

The importance of NIEHS in the field of mitochondria toxicology was also evident in the number of postdocs who participated in the meeting as speakers, poster presenters, and attendees. Kirsten Verhein, Ph.D., postdoctoral fellow in the NIEHS Environmental Genetics Group, was invited to give a talk on the variability of mitochondrial genetic material and susceptibility to disease.

Axel Berky, from Duke University, and Colette Miller, Ph.D., a biologist from EPA, were also selected to give short talks. Miller was presented with the Best Talk Award, which will fund her attendance at the 2017 Environmental Mutagenesis and Genomics Society 48th Annual Meeting in Raleigh, North Carolina.

Outreach and fostering the next generation

Young and early career researchers remarked on the collegiality and the encouragement they received from others at the meeting. Raveena Chhabria, an NTP postbac fellow, said her mentor, Arun Pandiri, Ph.D., encouraged her to present a poster. She also commented on how pleased she was with the positive feedback she received from GEMS members and attendees.

A group of students from Franklin Academy High School in Wake Forest, North Carolina, spent the day at the event. Several said the exposure to a local and formal scientific meeting was important to their future career decisions. Their first experience with GEMS was at the 2016 Spring Meeting, which Chorley organized around the theme of science outreach and communication.

“GEMS meetings are a go-to local meeting,” said Santos. “GEMS is a very open and welcoming society, where you can discuss new concepts and get to know local researchers who share similar scientific interests.”

Smith-Roe and Chorley were both pleased with the meeting. “We were extremely impressed with the number and the quality of the posters and presentations,” Smith-Roe said. Attendees and GEMS members left the fall meeting already looking forward to next year’s spring meeting, Nanomaterials and Consumer Product Safety, which will be held May 10, 2017, at EPA. Attendance is free.

Founded in 1983, GEMS has fostered the careers of junior scientists and celebrated the accomplishments of members prominent in their careers and have shown dedication to the Society. 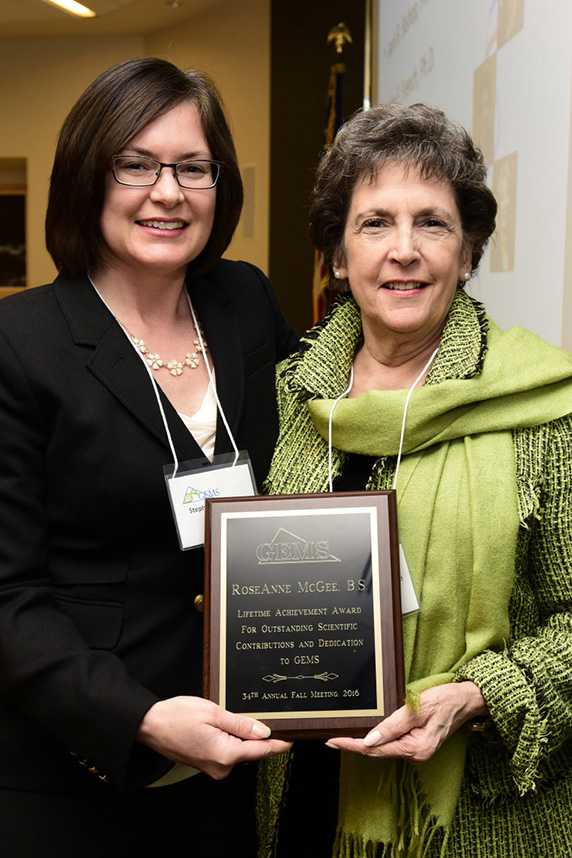 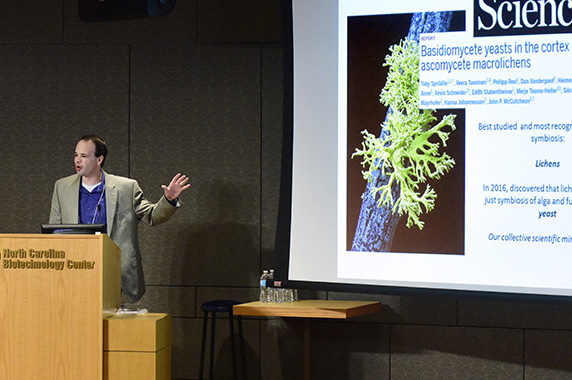 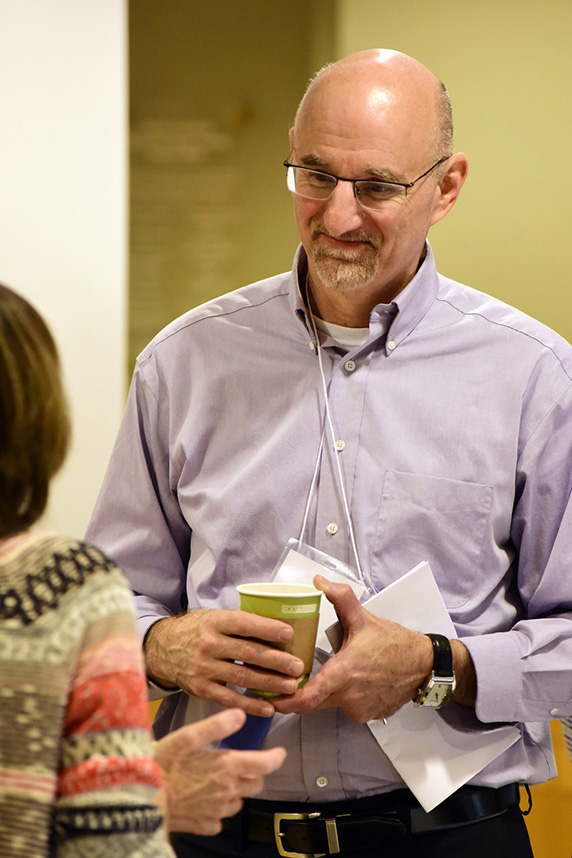 Copeland discussed the importance of studying inherited characteristics of mitochondria for understanding disease and the environment’s influence on the body. 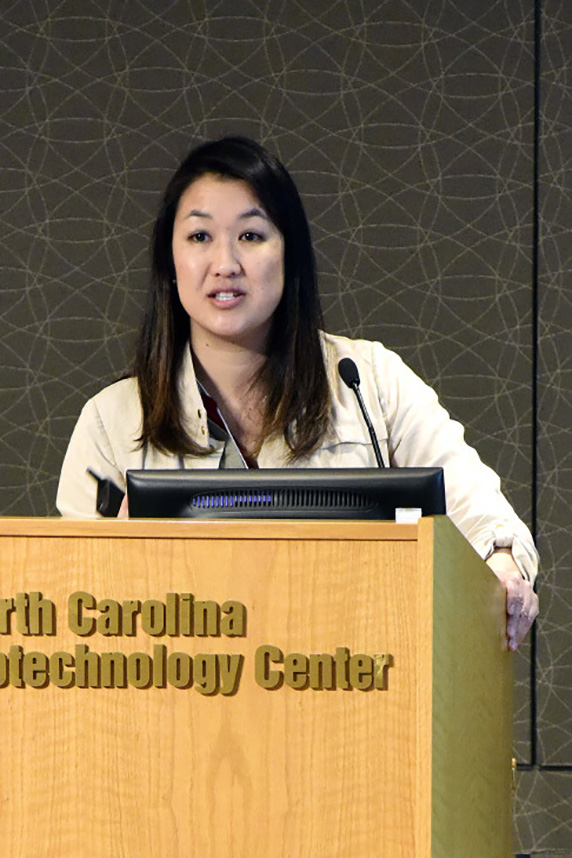 Chan pointed out that mitochondrial dysfunction underlies diseases such as Parkinson’s and epilepsy. 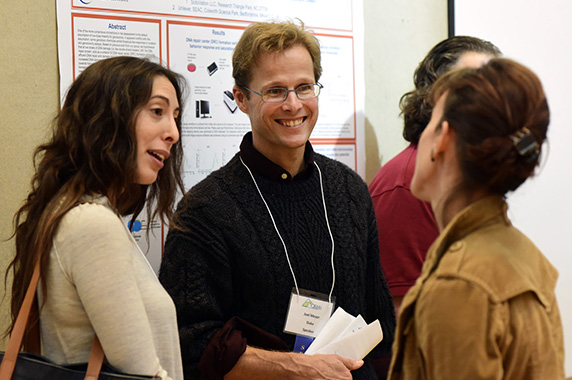 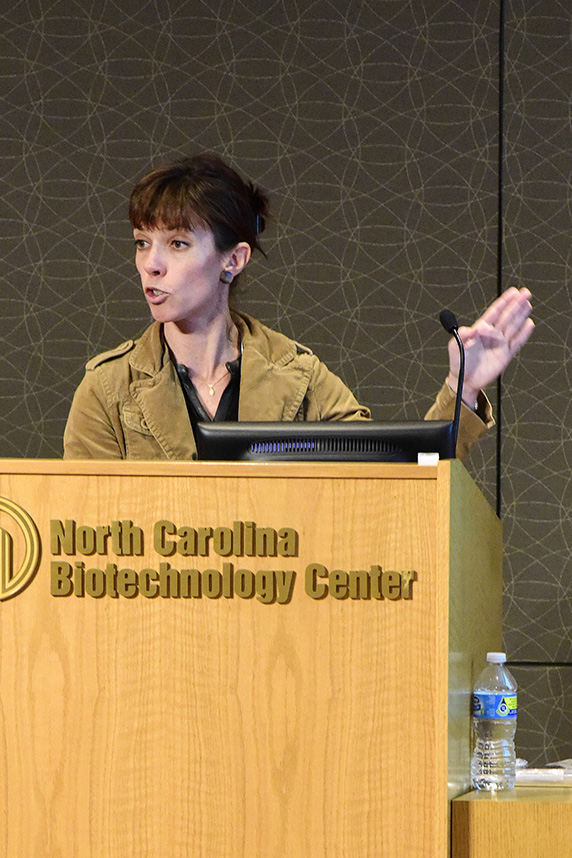 Santos discussed “Mitochondrial Regulation of the Epigenome and Transcriptome.”