Computational toxicologist Nicole Kleinstreuer, Ph.D., from the National Toxicology Program (NTP), was recognized for making progress toward eliminating animal use for chemical safety testing. The Lush Cosmetics Young Researcher — Americas Prize, one of the annual Lush Prizes honoring such progress, was presented during a Nov. 2 ceremony in Vancouver, British Columbia.

Kleinstreuer, deputy director of the NTP Interagency Center for the Evaluation Alternative of Toxicological Methods (NICEATM), was recognized for developing computational models of toxicity to predict outcomes that include developmental toxicity, endocrine disruption, and skin sensitization. The award comes with a cash prize that will benefit NTP.

The awards were presented at the Lush Cosmetics North American headquarters. While touring the company’s factory, Kleinstreuer spoke with Lush Cosmetics scientists about their approach to safety testing.

“They rely almost exclusively on human data for their safety testing paradigm, and the vast majority of their products are nonreactive in human volunteers,” she noted. “I thought it was amazing how much fresh produce they use. They have cooler rooms full of fruit like melons and mandarins that they put into their products.”

Kleinstreuer said she hopes that some of the company’s data from human testing could be used in computational models to predict skin sensitization. Use of human data in these models could improve the accuracy of their predictions.

The science of toxicology is taking advantage of mathematical and computational approaches that draw conclusions from large data sets generated by high-throughput technologies. Kleinstreuer brought her expertise in this area to NICEATM in early 2013 and became the deputy director in January of this year.

The Lush Young Researcher Prize is only the latest honor for Kleinstreuer and NICEATM as they apply modern methods and technologies to chemical safety testing. She was part of a NICEATM team that received an NIEHS Merit Award in January for an approach that relies on high-throughput screening data to detect and measure estrogen receptor bioactivity. This accomplishment earned Kleinstreuer and her collaborators a position among the finalists for the 2016 Lush Science Prize, one of the other awards presented in November.

In June, Kleinstreuer received the F. Clarke Fraser New Investigator Award from the Teratology Society for her work on investigating mechanisms of developmental toxicity.

Kleinstreuer hopes these awards bring attention and support to the current focus of NICEATM. The center is working with U.S. and international regulatory agencies to replace animal use worldwide in testing for skin and eye irritation, acute toxicity, and skin sensitization.

“What we’re trying to do is revolutionize toxicology, to make it smarter, faster, and more relevant to humans, and to the environment,” she said. 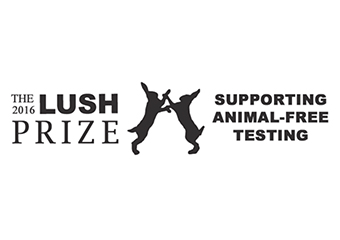 (Catherine Sprankle is a communications specialist for ILS, the contractor that supports NICEATM.) 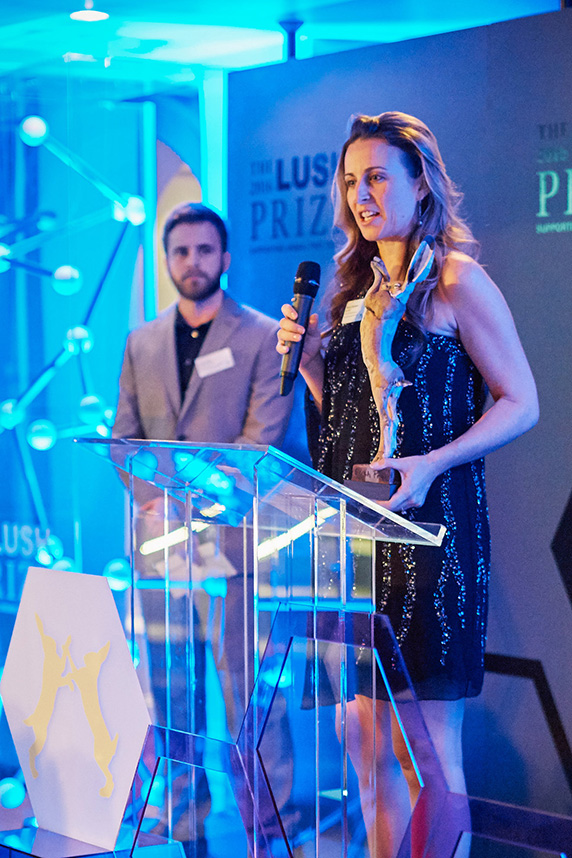 Kleinstreuer, one of five scientists to receive Young Researcher — Americas awards, is the first U.S. federal government employee to receive a Lush Prize.