The first Children's Environmental Health Day and a website launch raised awareness and increase public outreach for this important issue.

The prenatal period, infancy, and childhood are especially sensitive times in human development. Environmental exposures during these periods can have immediate effects, as well as effects that may not be apparent until much later in life.

“Environmental exposures may be everywhere, but they are measurable and we are collaborating on prevention programs to reduce exposures, and intervention strategies to lessen the harm,” said Kimberly Gray, Ph.D., NIEHS program lead for children’s environmental health.

“We are using many approaches to translate the science and share the message that children’s environmental health is critical,” she continued. “CEH day, the President’s Task Force website, and other forums help improve visibility of the issues.”

Children’s Environmental Health Day was launched with an inaugural breakfast in Washington, D.C. The event attracted representatives from federal agencies, environmental and health organizations, and the medical community.

“Children's Environmental Health Day marks a time for all of us to take a step back, appreciate the successes we have had, and coordinate our priorities moving forward,” said Nsedu Obot Witherspoon, CEHN executive director. “It’s an opportunity to strengthen partnerships and support coordinated initiatives at local, state, and national levels in the areas of science, education, practice, and child protective policy.”

Ileana Arias, Ph.D., principal deputy director of the Centers for Disease Control and Agency for Toxic Substances Disease Registry (CDC-ATSDR), announced the upcoming Choose Safe Places for Child Care guidance manual. The manual is a key activity of the ATSDR Division of Community Health Investigations. CDC was also a co-sponsor of the observance.

Later that day, CEHN hosted a Twitter chat, in which partners shared resources and discussed actions. At an event that evening, John Balbus, M.D., NIEHS senior advisor for public health, received an award from CEHN for his policy work in the area (see related story).

Sandra Howard, senior environmental health advisor for the U.S. Department of Health and Human Services (HHS), announced the new President’s Task Force website during the morning celebration. “The new website will enable stakeholders to share information with us and to participate in projects such as the Climate Change and Children’s Health Policy Roundup,” she said. The roundup collects stories of policy actions to lessen impacts of climate change on children’s health. Howard also encouraged interested people to join the email list.

Kimberly Thigpen Tart, J.D., from NIEHS Office of Policy, Planning and Evaluation, led development of the new website. She co-chairs the President’s Task Force Subcommittee on Climate Change. “The public website will be a valuable tool for building a community of practice around children’s environmental health,” she said. 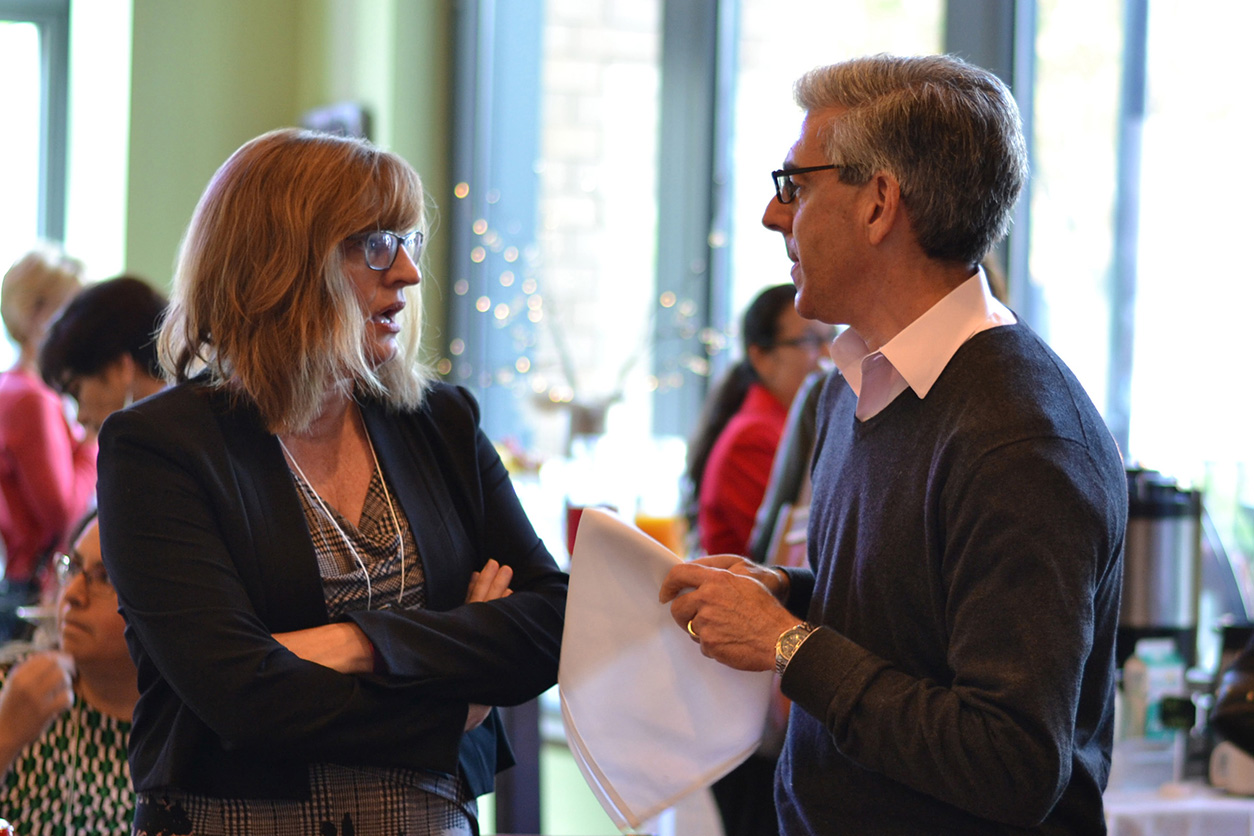 Gray, left, and Balbus caught up at the morning event. Balbus is based at the institute’s Bethesda, Maryland office.

Children’s Environmental Health Day will take place each year on the second Thursday of October, which is Children’s Health Month. 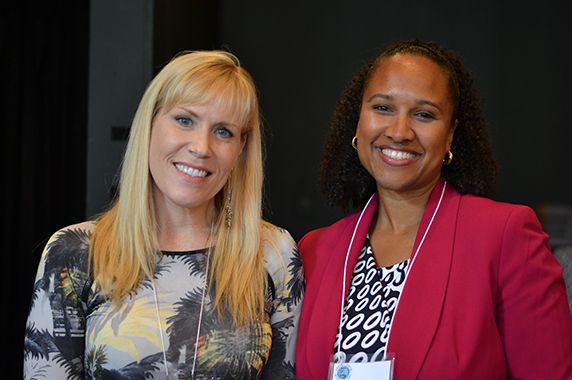 For Witherspoon, right, and Thigpen Tart, the first Children’s Environmental Health Day was a milestone in ongoing efforts to raise visibility of the issue. 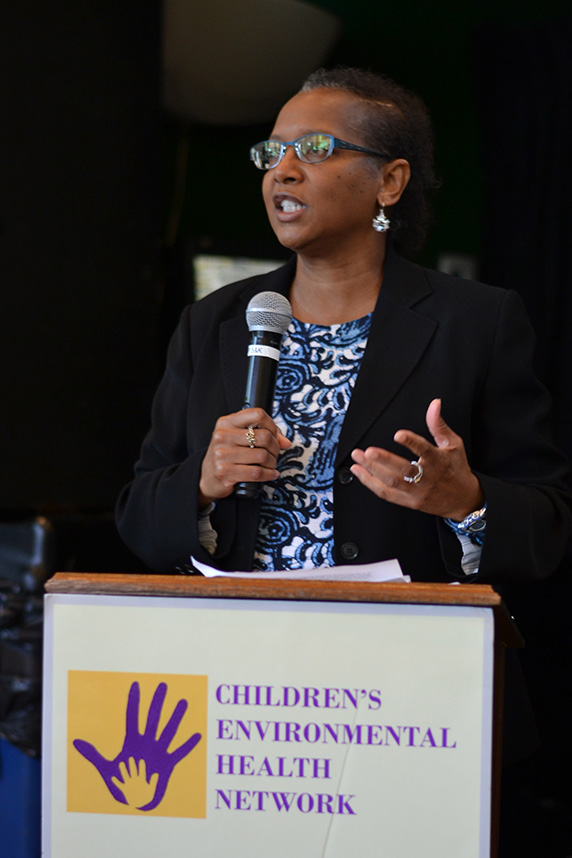 “I am excited about the new website and acknowledge the hard work and dedication of NIEHS leadership and staff to build this site for the President’s Task Force,” Howard said.

“The web page includes its own search function so visitors can search our full library of children’s health content by topic, author, or publication year and find exactly the information they need,” said Martha Dimes, Ph.D., EHP children’s health editor.

The page includes a variety of links.