The Champion of Environmental Health Research Awards recognize 12 individuals for their significant contributions to the field.

By Robin Mackar and John Yewell

Twelve individuals will receive the first-ever Champion of Environmental Health Research Award from NIEHS, in recognition of their significant contributions to the field. The awards will be presented Nov. 1 during the NIEHS 50th anniversary celebration.

National Institutes of Health (NIH) Director Francis Collins, M.D., Ph.D., announced the awards in an NIH press release. “2016 marks 50 years since NIH began a dedicated research program to discover links between environment and health,” Collins said. “It’s a complex research field that needs the attention of top scientists, and I congratulate these awardees for their outstanding contributions.”

The Champion awards recognize outstanding researchers, leaders, and communicators who have contributed to the NIEHS mission to promote healthier lives by discovering how the environment affects people.

NIEHS and National Toxicology Program (NTP) Director Linda Birnbaum, Ph.D., herself an awardee (see below), pointed out that NIEHS-supported research over the last 50 years has built upon the efforts of the champions and has helped lead to advances in public health. “From our pioneering studies showing the dangers of lead and secondhand smoke, to our more recent efforts to prevent breast cancer and other diseases, NIEHS has helped identify and reduce the environmental factors that contribute to these diseases,” she said.

In addition to the award presentations, the Nov. 1 program, which will be webcast from 10 a.m. to noon, will feature several distinguished speakers, including Ira Flatow, host of Science Friday, Public Radio International; James Hunt, J.D., former governor of North Carolina; Carol Folt, Ph.D., chancellor of the University of North Carolina at Chapel Hill; U.S. Representative David Price, Ph.D.; and Joe and Terry Graedon, Ph.D., of The People’s Pharmacy.

Blumberg is an architect and interior designer of research facilities with the NIH Division of Environmental Protection. He is a principal player in the sustainable buildings movement, using science-based solutions to make buildings that better support human health. His influence can be seen in nearly all NIH facilities, including NIEHS.

Blumberg represented NIH on the U.S. Green Building Council, championing the application of human health research and principles of sustainability in the development of building standards.

Gordon is an internationally recognized expert on the microbiome, and his pioneering studies have dramatically altered our understanding of the microbial origins of health and disease. His research for the NIH Human Microbiome Project has broken new ground in our understanding of how gut microbial communities affect intestinal growth and function. Gordon’s work relates directly to the core mission of NIEHS — to understand how the environment influences human health, especially during the first years of life.

Gordon is the Robert J. Glaser Distinguished University Professor, and director of the Center for Genome Sciences and Systems Biology at Washington University in St. Louis.

Kunkel is a world leader in the study of DNA replication fidelity and how environmental disruptions of the process can be toxic to cells, cause genetic mutations, and lead to adverse health effects.

As an NIEHS distinguished researcher and head of the Genome Integrity and Structural Biology Laboratory (GISBL), Kunkel’s exceptional work during his 34-year career at the institute has merged biochemistry, structural biology, genetics, and genomics to help us better understand how mutations are avoided or generated. His work has broken new ground in our knowledge of the DNA repair processes that operate before DNA replication.

Landrigan is a pediatrician and epidemiologist known for his many decades of work protecting children against environmental threats to health, in particular, reducing children’s exposures to lead, pesticides, and other environmental contaminants. His landmark lead poisoning studies in the 1970s played a key role in phasing out lead from gasoline and banning lead paint.

Landrigan is dean for global health, professor of environmental medicine and public health, and professor of pediatrics at the Icahn School of Medicine at Mount Sinai, New York City, as well as president of the Collegium Ramazzini.

Myers, a biologist, is the founder, CEO, publisher, and chief scientist of Environmental Health Sciences, a nonprofit foundation. The organization has successfully mainstreamed science reporting through its twin online publications, Environmental Health News and The Daily Climate. In 1996, Myers co-authored “Our Stolen Future,” a book that explores how endocrine disruption threatens fetal development.

Peterson is an adjunct professor of chemistry at Carnegie Mellon University, Pittsburgh. He has won several awards, including the Endocrine Society’s 2016 Laureate Award for Outstanding Public Service.

As president and CEO of the Breast Cancer Fund since 2001, Rizzo has been a tireless advocate for improved public awareness of the increasingly complex science linking environmental exposure and breast cancer. Her work has helped lead to removal of harmful chemicals from consumer products and helped citizens make potentially lifesaving changes in their daily routines.

Rizzo oversees a program that trains community activists on breast cancer science and sends them into the community to learn about people’s health needs. As co-chair of the federal Interagency Breast Cancer and Environmental Research Coordinating Committee, she helped produce the landmark 2013 report, Breast Cancer and the Environment: Prioritizing Prevention (https://www.niehs.nih.gov/about/assets/docs/breast_cancer_and_the_environment_prioritizing_prevention_508.pdf).

Straif is a world-renowned epidemiologist and public health leader whose research has advanced our understanding of the occupational and environmental risk factors for cancer.

He has worked for the World Health Organization International Agency for Research on Cancer (IARC) in Lyon, France, for 15 years. Since 2010, Straif has led the IARC cancer monographs section, which alerts national health agencies to sources of potential exposure to carcinogens. He is also the scientific director of the IARC Summer School on Cancer Epidemiology. Straif was a leading force in the classification of outdoor air pollution as a carcinogen.

Wilcox is a leader in studies of reproductive epidemiology and head researcher in the NIEHS Epidemiology Branch. His work has fundamentally changed our understanding of fertility and pregnancy. Wilcox has studied the critical period of conception to birth, and how specific environmental factors might affect reproduction and development.

His current work focuses on cerebral palsy and its possible prenatal causes. Wilcox has received numerous awards for his contributions, including a 2016 NIH Director’s Award. He was also a finalist for the 2016 Samuel J. Heyman Service to America medal, which highlights excellence in the federal workforce.

Champion of Environmental Health Research Awards were also given to four distinguished scientists who have served as leaders of NIEHS.

Birnbaum has been director of NIEHS since 2009. She is an internationally recognized toxicologist whose research has enriched our understanding of endocrine disruption and cancer and has shed new light on the environmental health risks posed by substances such as dioxins, flame retardants, polychlorinated biphenyls, and bisphenol A.

Birnbaum has authored hundreds of papers and received numerous awards, including the 2016 North Carolina Award, the state’s highest civilian honor, for her science contributions. She is the first woman and first toxicologist to head the institute.

During his 14 years leading NIEHS and NTP, from 1991 to 2005, Olden repeatedly broke new ground. As the first African-American to direct an NIH institute, he worked tirelessly to make the striking health disparities between racial and ethnic groups a research priority. Olden was a powerful advocate for collaboration between community groups and research institutions to identify and address environmental health concerns.

After leaving NIEHS, he became the founding dean of a new School of Public Health at Hunter College in New York City. From there, Olden served for five years as director of the National Center for Environmental Assessment at the U.S. Environmental Protection Agency.

Schwartz became the fourth director of NIEHS in 2005. He is world-renowned for his contribution to the understanding of how genetic factors and environmental exposures influence the onset of lung diseases, such as asthma and pulmonary fibrosis.

At NIEHS, Schwartz led the institute into new arenas, such as epigenetics and exposure phenotyping through the Exposure Biology Program. He planned a new clinical research unit for NIEHS and supported advanced technologies for sensor devices and bioinformatics. Currently, Schwartz is a professor of medicine and immunology and holds the Robert W. Schrier Chair of Medicine at the University of Colorado, Aurora.

Knowledge gained through his work has fundamentally advanced our understanding of base excision repair, a key cellular defense mechanism against the effects of metabolism, inflammation, and environmental exposure. Wilson has received numerous awards, including the prestigious Ruth L. Kirschstein Mentoring Award(https://www.niehs.nih.gov/news/newsletter/2015/8/spotlight-wilson/), for his mentoring and leadership skills.

(Robin Mackar is news director in the NIEHS Office of Communications and Public Liaison (OCPL), and a frequent contributor to the Environmental Factor. John Yewell is a contract writer for OCPL.) 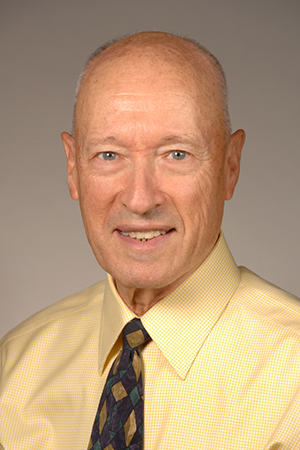 Until his recent retirement, Blumberg was a global leader in fostering awareness of the strong links between human health and our built environments. 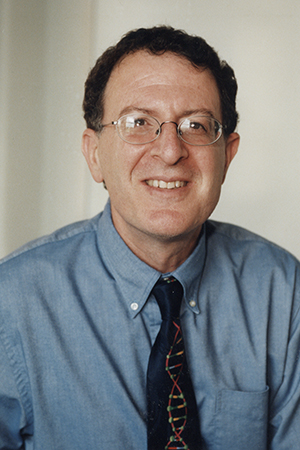 Gordon’s current work aims to understand the factors that determine the nutritional value of food and the role of gut microbiota in defining our nutritional status. 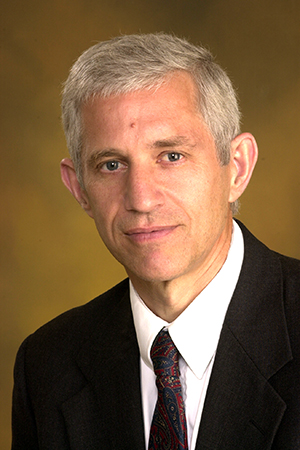 Kunkel’s studies have helped build basic knowledge in environmental health sciences research, and in fields such as evolution and the origins of disease. 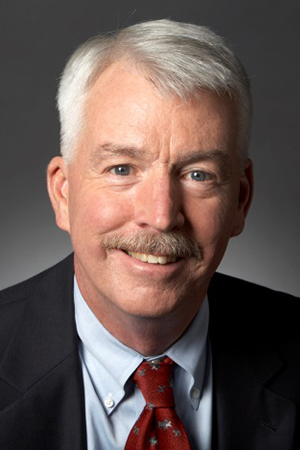 Landrigan led a National Academy of Sciences study on pesticides that demonstrated children are uniquely vulnerable to toxic chemicals in the environment. 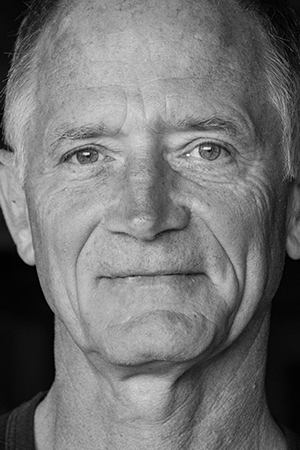 The publications of Myers’s foundation reach the general public, as well as the opinion and political leaders who can make in difference in public policy and in people’s lives. 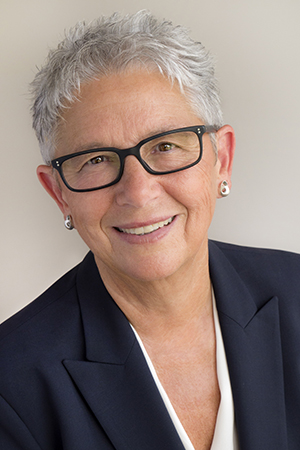 A registered nurse, Ms. Rizzo is also an award-winning producer who created 'Climb Against the Odds: Mt. McKinley,' which chronicles a Breast Cancer Fund expedition. 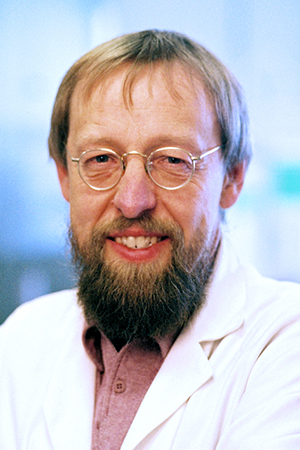 Straif, who has a reputation for rigorous scientific integrity, has led efforts to translate the science that links cancer and environmental exposures. 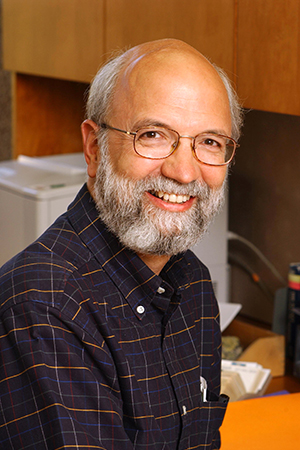 Wilcox is a pioneer in studying human reproduction and reproductive health. His meticulous and groundbreaking studies have become the foundation for fertility research. 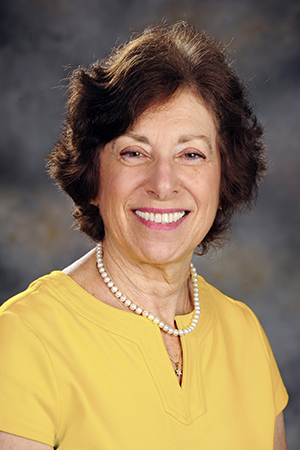 Birnbaum championed studies of the microbiome and of chemical exposures during early developmental periods. 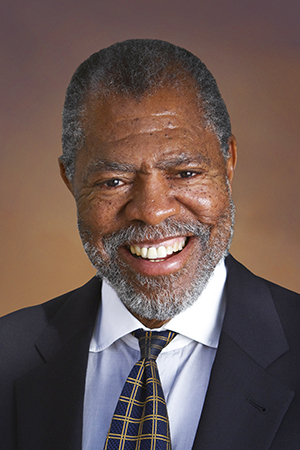 Olden was an early voice asserting that human health and chronic disease are the result of interactions between genes and the environment. 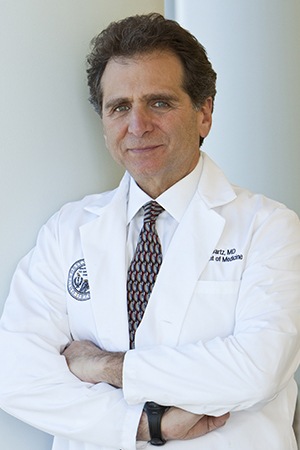 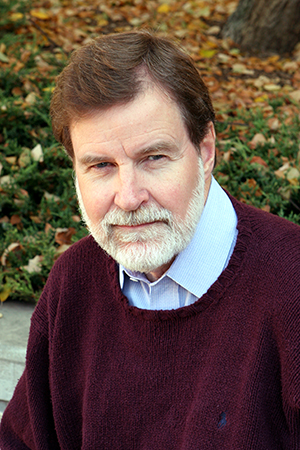