David Fargo, Ph.D., former director of the NIEHS Integrative Bioinformatics Core, has been named the institute’s first Scientific Information Officer (SIO). Because of increasing technical capabilities and decreasing costs, the use of big data in biomedical research is on the rise. As SIO, Fargo will direct development of the infrastructure needed by NIEHS scientists for scientific big data.

“David’s office has a broad mission to advance NIEHS scientific information technology and research computing,” said NIEHS Scientific Director Darryl Zeldin, M.D. “He will work across divisional lines in a number of critical areas to ensure that our science IT [information technology] needs are met.”

According to Fargo, changes in the volume and complexity of available scientific data, together with advances in computational and information system technologies, have led to a fundamental shift of IT needs, and the Office of the SIO will make it easier to use available data, improving scientific research efficiency and enabling new and expanded investigations.

Fargo said that the need for an SIO can be understood by considering Moore’s law, a computing term, which originated almost 50 years ago, that predicted the exponential growth in technology. “The amount of available data to query is growing much faster than the computational infrastructure,” he said.

Coordinating IT infrastructure and data management

One of Fargo’s long-time interests has been designing ways to empower high-performance scientific computing. He said that there is a great need to create infrastructure that gives researchers access to and understanding of the scientific data deposited in large, public databanks.

For example, Fargo pointed to ENCODE (the Encyclopedia of DNA Elements), which was developed to identify all functional elements in the human genome. Querying such a database is not possible for most life scientists. In addition, barriers related to computational education and training, as well as available software and hardware resources, must be minimized.

“I’m interested in creating systems and algorithms that empower broader use of large consortia data,” Fargo said. He shared a vision that researchers will able to query large datasets without having to individually download or reformat the raw data, essentially creating a user-friendly way to search, analyze, and understand the data.

In addition to using data more efficiently, Fargo would like the new office to improve management of the data generated by NIEHS scientists. He described the need for data to be trackable, providing a more transparent process and more options for use by scientists. For laboratories that use computers associated with specialized equipment, Fargo envisions customized support and continuity of care, which would be a clear advantage for researchers at the institute.

Plans for the SIO office

Initially, Fargo will work with a small mixed team of federal and contract employees. However, he envisions that expanded scientific IT infrastructure, scientific IT modernization, and computational resource training will eventually be a part of the domain of the SIO office.

“Increasingly, the expectation among trainees is to have the opportunity to ask big questions,” said Fargo. He feels that through his office, NIEHS will be able to provide the infrastructure and parallel training to support those needs.

(Shannon Whirledge, Ph.D., is a Research Fellow in the NIEHS Laboratory of Signal Transduction.) 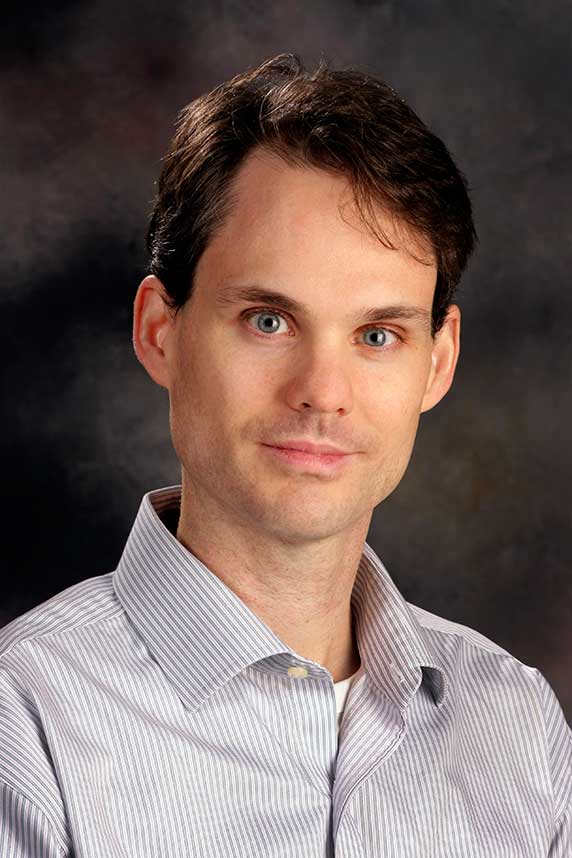 Fargo has been at the NIEHS since 2008, when he joined as a bioinformatics technical information specialist.