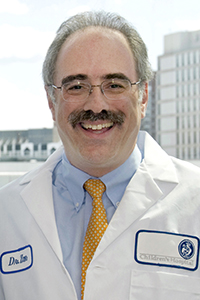 Zon is the Grousbeck Professor of Pediatric Medicine at Harvard Medical School, an investigator with the Howard Hughes Medical Institute, and director of the Stem Cell Program at Boston Children's Hospital. (Photo courtesy of Boston Children’s Hospital) 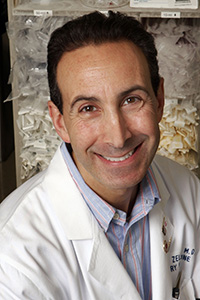 "The National Toxicology Program has a library of thousands of chemicals that could be screened using this method to see which ones increase or decrease engraftment," Zeldin said. (Photo courtesy of Steve McCaw)

New research has developed a system used in zebrafish that allows scientists to track which cells replenish bone marrow during transplantation and which chemicals make the transplantation process more efficient.

In cases of leukemia and certain other cancers, physicians generally prescribe radiation therapy. Although radiation kills malignant cells, it also kills normal cells, such as those in the bone marrow. Without viable bone marrow, the body cannot produce the red blood cells that carry oxygen throughout the body nor the white blood cells that make up the immune system.

The new findings could lead to therapeutic agents that may help patients undergoing bone marrow transplants. NIEHS Scientific Director Darryl Zeldin, M.D., was part of the team, led by Leonard Zon, M.D., of Harvard University and Boston Children’s Hospital, that made the discovery. The work appeared in the July 23 issue of the journal Nature.

During bone marrow transplantation, new cells enter bone and begin multiplying in a process called engraftment. Because Zon and his colleagues wanted to track the cells, they labeled one set of marrow cells with a green fluorescent protein and treated them with a chemical known to increase engraftment. They labeled a second set of cells with a red fluorescent protein and left them untreated. Team members then injected both cell types into a strain of laboratory-created, see-through zebrafish and measured the green-to-red ratio.

Using this competitive transplant model, the researchers saw that the zebrafish had more green tissue than red tissue, indicating that the chemical applied to the green-treated cells was effective in increasing engraftment. If it had not been effective, the fish would have been equal parts green and red.

"With this novel system, scientists can now screen chemicals for their ability to affect engraftment," Zeldin said.

The research team used the procedure to screen hundreds of chemicals, and found a handful of them that increased the ability of bone marrow cells to engraft. One of these chemicals was epoxyeicosatrienoic acid (EET), which is a lipid or fatlike molecule produced by the body. Treating green-colored cells with EETs also resulted in more green-colored cells being seen in the zebrafish model than red-colored cells. Before this study, scientists were unaware that EETs could promote engraftment.

"For years, people have thought that there are proteins and sugars that influence how stem cells migrate, but we’re finding that the lipids are really affecting the migration pathway," Zon said.

Zon wondered if the method and positive EET affect would translate to mammals, so he used it to study engraftment of marrow cells in mice. EETs enhanced engraftment of the marrow. As a result of this work, patients undergoing bone marrow transplants in the future could receive EETs or compounds that affect EET levels to ensure a successful transplant. 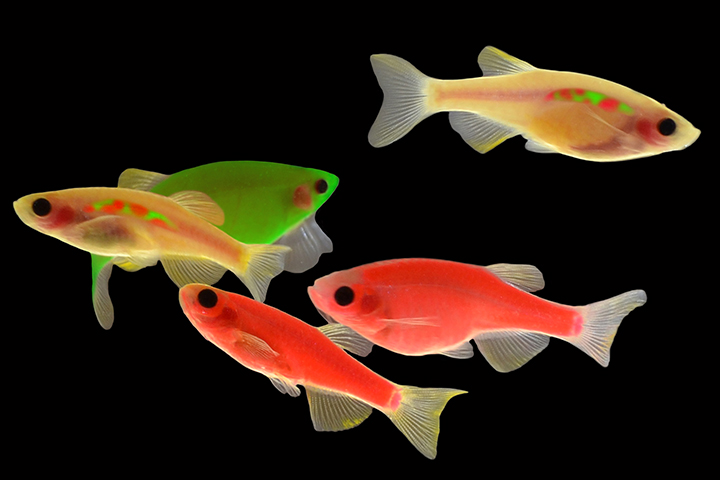