Spotlight on air pollution and health 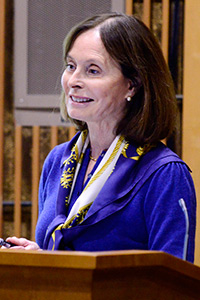 The Heinz Family Foundation announced April 23 that Perera is the winner of its Environment Award for 2015. The foundation said she is “a tireless champion of children’s health whose research has revealed how prenatal and childhood exposures to common environmental toxicants can cause neurodevelopmental problems, cancer, and other diseases.”

Perera is one of five winners of the prestigious award this year, recognizing those who have made outstanding contributions in the arts and humanities, the environment, the human condition, public policy, and technology, the economy, and employment.

Save the date — virtual forum on near roadway exposure

On July 10, from 2:00 to 3:00 p.m. EDT, NIEHS will present a virtual forum on near roadway exposures and health. Moderator Gwen Collman, Ph.D., director of the NIEHS Division of Extramural Research and Training, will direct questions from online and local participants to a panel of experts from across the country. Check the Community Forums page in the coming weeks for more information.

This month, the Environmental Factor takes a look at activities by NIEHS researchers and grantees related to air pollution and health, including exciting new findings, educational webinar presentations, and award-winning research.

A study published March 25 in JAMA Psychiatry and funded in part by NIEHS reports links between prenatal exposure to air pollution and effects on children’s brain structure. Frederica Perera, Ph.D., Dr.P.H., and colleagues tested pregnant women for exposure to polycyclic aromatic hydrocarbon (PAH), a component of air pollution, in their third trimester of pregnancy, then followed their babies from birth until 7 to 9 years of age, when they assessed the cognitive and behavioral development of the children.

Using MRI, the researchers found that children of mothers with the highest PAH exposure had the greatest reductions of the white matter surface in the brain’s left hemisphere. This reduction was associated with slower information processing speed and more severe attention deficit hyperactivity disorder symptoms.

The new results are consistent with earlier studies linking air pollution exposure and neurodevelopmental impacts. “Our findings raise important concerns about the deleterious effects of air pollutants, and PAH in particular, on brain development in children,” the authors wrote. Perera is a professor of environmental health sciences at the Columbia University Mailman School of Public Health and directs the Columbia Center for Children’s Environmental Health.

The Center for Environmental Health, in collaboration with the Reproductive Health Technologies Project, is sponsoring a six-week webinar series on energy development and reproductive health. NIEHS researcher Sue Fenton, Ph.D., and Perera launched the series April 6 by sharing their research on reproductive and developmental health effects of exposures to pollutants, including substances released by burning fossil fuels.

Fenton, who leads the Reproductive Endocrinology Group in the National Toxicology Program, spoke on “Chemical Exposures and Life-Long Reproductive Health Impacts.” Using breast cancer as an example of the vulnerability of early life stages to chemical exposures, Fenton described the prenatal and pubertal development of breast tissue, especially its vulnerability to the effects of endocrine disruptors, carcinogens, and pollutants such as dioxins and the pesticide DDT.

Perera’s talk, “The Case for an Integrated Assessment and a Sharper Focus on Children as the Moral Lever for Policy Change,” broadly addressed scientific findings on the effects of emissions from fossil fuel combustion, highlighting impacts on the health of children. She explained why children and fetuses are more vulnerable to pollutants and chemicals, then reviewed numerous effects of exposures, including those on neurodevelopment, asthma, obesity, and cancer risk. “Children, especially in low-income communities, are disproportionately affected,” Perera said.

She also shared good news regarding the success of interventions. Collaborating with researchers in China, Perera and colleague Deliang Tang, M.D., Dr.P.H., also from the Mailman School of Public Health, found that closure of a coal-fired power plant was linked to improvements in indicators of brain development among study participants.

NIEHS grantee Jason West, Ph.D. of the University of North Carolina at Chapel Hill, was presented with the Airkeeper Award March 25. Clean Air Carolina presents these awards annually to honor individuals and organizations for leadership in air quality protection.

West’s NIEHS-funded research seeks to quantify the effects of climate change on health through changes in air quality. He is also working to quantify the benefits of actions to slow climate change. According to Clean Air Carolina, West led the first study to use global atmospheric models and future scenarios to analyze the co-benefits of greenhouse gas (GHG) mitigation for air quality and human health. “Results showed that the monetized co-benefits exceeded previous co-benefits estimates and exceeded the global costs of GHG mitigation in 2030 and 2050.” 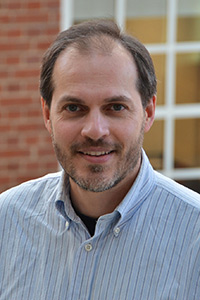 “Air pollution is underappreciated for its widespread health effects. It is truly satisfying to know that my research, and that of my colleagues, makes a difference in understanding the health effects of air pollution and leads to action to address this important threat,” West said of his award. (Photo courtesy of the University of North Carolina) 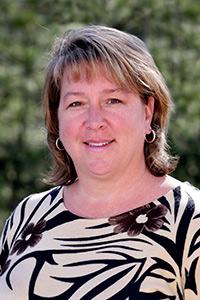 According to Fenton, it is important to evaluate the effects of mixtures of chemicals, because biological effects appear to differ when more than one exposure is involved. (Photo courtesy of Steve McCaw)