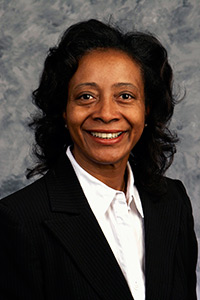 “They were sometimes hard on us,” said Dixon, who turned down offers from Rutgers University and St. Bonaventure University to come to Tuskegee. “But it was done so we would be better.” (Photo courtesy of Steve McCaw) 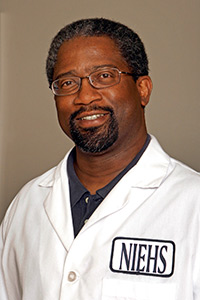 “They [the faculty] were always pushing you to do your best,” Herbert said. He said his grades, which were good at City College, improved even more because of the supportive environment at Tuskegee. (Photo courtesy of Steve McCaw)

Tuskegee has been a leader in the education of African-American students for nearly 135 years as one of the top historically black universities or colleges (HBUC) in the country. Its School of Veterinary Medicine is the only fully accredited doctoral degree-granting program in veterinary medicine at an HBUC. Tuskegee produces more that 75 percent of the African-American veterinarians in the world, including nearly 92 percent of veterinarians from other countries who have studied in the U.S. for this professional degree.

The veterinary school is made up three departments — Biomedical Sciences, Clinical Sciences, and Pathobiology — as well as a state-of-the-art Veterinary Teaching Hospital. Established in 1945, the school granted its first doctorate in 1948 and has been accredited by the Council on Education of the American Veterinary Medical Association since 1949.

Last year Donald Smith, D.V.M., wrote “A Tribute to Tuskegee,” which highlights the school’s contributions to veterinary medicine worldwide, and other “Stories of African-American Veterinary History.” Smith is the Austin O. Hooey Dean Emeritus of Veterinary Medicine and emeritus professor of surgery at Cornell University.

This February, graduates of the Tuskegee University School of Veterinary Medicine paused to share memories of their alma mater during Black History Month at NIEHS.

Watch the Tuskegee University video, 'Points of Distinction,' for an impressive list of the university's numerous contributions to education for African-Americans and U.S. culture (02:42)

All are group leaders in the National Toxicology Program (NTP), headquartered at NIEHS. In addition, Sills is chief of the Cellular and Molecular Pathology Branch in the Division of NTP. They have all been recognized in their fields for leadership and research, as well as for their spirit of service.

“Their scientific accomplishments at the National Institutes of Health [NIH] are certainly many,” said Gerard Roman of the NIH Office of Equity, Diversity, and Inclusion. “But every year, these scientists are also engaged in some way to support science education and mentoring, and promote diversity and inclusion.”

Remembering the personal legacy of an education at Tuskegee

As the alumni talked about their years at the university, it became clear that Tuskegee was a special place for them in a number of ways. It represented a cultural contrast to their experiences growing up in major urban centers, it was a place where they were more than just another number, and it fostered the kind of atmosphere where the young scientists felt nurtured, as well as individually challenged, by their mentors and role models.

“Everybody was so welcoming,” said Dixon, who came south after completing high school in New Jersey and turning down offers from schools in the north. “There were people there who were committed to lifting up other people, committed to giving us the opportunity to really reach our full potential,” she added. “When I saw that happening for me there, I knew I wanted to do the same thing.”

Like Dixon, King-Herbert credits networking with other students, including those in the veterinary program, as well as colleagues and professors in several disciplines in the sciences and humanities, with helping to motivate her to apply for and receive early admission to the veterinary program during her junior year at Tuskegee.

“That was the foundation for me wanting to help others, because I knew how the professors helped me when they knew my desires and my goals,” King-Herbert said, pointing also to the university’s Minority Biomedical Support Program.

For Herbert, the road to Tuskegee led from his native Barbados to his first year of college at the City College of New York, and then to Alabama. When he arrived on campus, he soon found himself in a different place. “It’s one big family, and the faculty really care,” he said. “They were always trying to help,” even when it came to money problems.

Today, the Tuskegee alumni at NIEHS have worked as veterinary specialists for more than 20 years, and their professional accomplishments include prestigious certifications, honors, and leadership roles in professional organizations.

Behind the scenes, however, is something that their curricula vitae do not reflect as clearly — the hundreds of young scientists, students, trainees, and colleagues at NIEHS and elsewhere who have benefited from the powerful Tuskegee legacy of giving back. 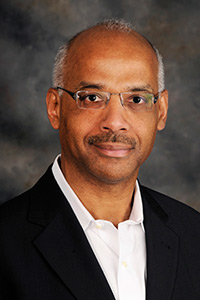 In addition to his long service with NTP, Sills has developed academic and mentoring ties to Michigan State University, where he earned his doctorate in pathology after completing the veterinary program at Tuskegee. (Photo courtesy of Steve McCaw) 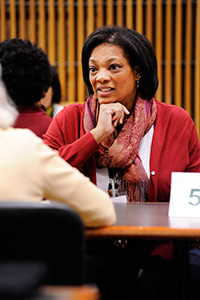 Outreach by King-Herbert and other Tuskegee alumni is one of the reasons graduates of the program there have a phenomenally high rate of passing the certification examination in laboratory animal medicine. (Photo courtesy of Steve McCaw)


"Intramural papers of the ..." - previous story