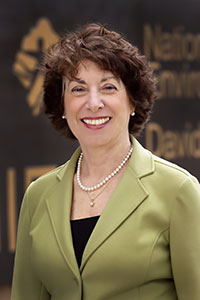 Birnbaum noted that support for research to correct environmental health disparities is one of the themes of the NIEHS 2012-2017 Strategic Plan. (Photo courtesy of Steve McCaw) 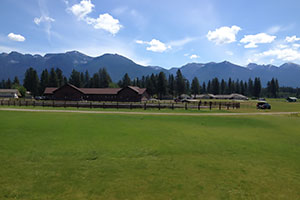 NIEHS and NTP Director Linda Birnbaum, Ph.D., paid a visit June 23 to Salish Kootenai College (SKC) in Pablo, Montana. Driving toward Pablo, her car rounded a bend and entered a wide plain, ringed by snowcapped mountains, with lakes gleaming in the distance. However, in Montana, as in other Western states, the pristine lakes and rivers contain fish contaminated with troubling levels of mercury. Their waters are often despoiled by arsenic, uranium, and other byproducts of resource extraction, such as mining.

Tribal communities in the region face what Birnbaum described as some of the most egregious environmental health disparities (EHDs) in the nation. Birnbaum met with students, faculty, and leadership of SKC, as well as researchers working to address these health concerns (see related story).

Scientists from more than a dozen tribes participated in the summit, including Aamjiwnaang, Akwesasne Mohawk, Blackfeet, Chippewa, Cherokee, Crow, Mandan and Hidatsa, Micmac, Navajo, Nez Perce, Passamaquoddy, Penobscot, Swinomish, and Umatilla. They discussed research into their own local environmental health disparities. However, common themes emerged around the types of contaminants affecting tribal communities nationwide, the need for community engagement in research, and the importance of locally developed and delivered communication of findings.

Stevens and his network of Native American researchers explore ways to characterize and address tribal environmental health disparities related to contamination of groundwater and traditional foods. He is also working with EPA to develop a center of expertise to assist tribes in dealing with environmental health issues. Stevens recently received a Native American Research Center for Health award (NARCH) from the National Institutes of Health (NIH) and Indian Health Service (IHS). According to Stevens, SKC is the first tribal college to be awarded a NARCH.

An opportunity for lively exchange

The participation of leadership from NIH, EPA, and IHS allowed for lively discussion and direct interaction between tribal and federal representatives, something many participants appreciated. Joining Birnbaum were Oscar Morales, associate assistant administrator for management at EPA OCSPP; Mose Herne, director of the IHS Division of Planning, Evaluation, and Research; and Patti Tyler, Region 8 science liaison to the EPA Office of Research and Development.

During the summit, Birnbaum highlighted the strategic commitment of NIEHS to addressing environmental health disparities among tribal communities. “The SKC programs are excellent examples of transdisciplinary research and sustaining active partnerships between academic researchers and tribal communities, to better understand and communicate preventative measures for environmentally induced diseases,” she said.

The visit to Montana concluded with a stop in Missoula to meet with NIEHS-funded researchers at the University of Montana (see related story), most of whom conduct basic scientific research to analyze pathways and processes by which environmental pollutants affect human health.

(Symma Finn, Ph.D., is a health scientist administrator in the NIEHS Population Health Branch. She accompanied Birnbaum on the trip to Montana and was the NIEHS lead in organizing the Tribal Environmental Health Summit.) 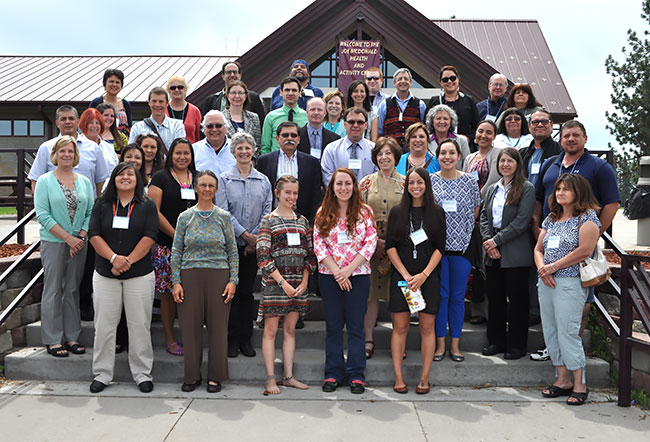 Birnbaum, center in tan, met with students, faculty, and leadership at SKC, where addressing tribal health disparities is a major focus of research. (Photo courtesy of Doug Stevens)