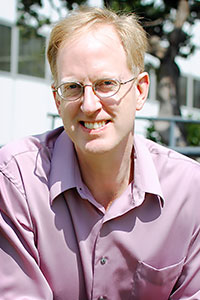 Fruin and his team measured air quality for more than five hours, under consistent wind conditions, to fully capture the extent of impact boundaries. (Photo courtesy of USC)

NIEHS-funded scientists at the Keck School of Medicine of the University of Southern California (USC) have shown that plane activity at Los Angeles International Airport (LAX) worsens air quality as far as 10 miles away.

The study, conducted with University of Washington researchers and published in the journal Environmental Science and Technology, found that particle number concentrations increased twofold over a 23 square mile area downwind from the airport.

“Our research shows that airport impacts extend more than 5 times further than previously assumed,” said Scott Fruin, D.Env., lead researcher and assistant professor of preventive medicine at USC. “Effects from planes that are landing appear to play a major role in this large area of impact.”

“LAX may be as important to LA’s air quality as the freeway system,” said Fruin. “The impact area is large, and the airport is busy most hours of the day. That makes it uniquely hard for people to avoid the effects of air pollution in affected areas.”