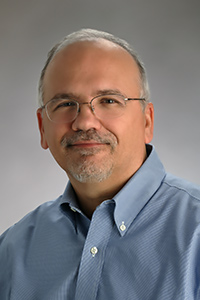 Soares is also vice chair for research of the Department of Pathology and Laboratory Medicine, and director of the Division of Cancer and Developmental Biology at the University of Kansas Medical Center. (Photo courtesy of Michael Soares) 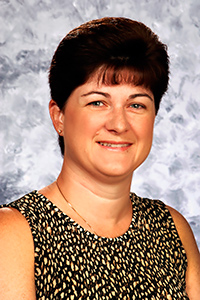 Scientists from throughout the Carolinas came together at NIEHS March 8 for the annual meeting of the Triangle Consortium for Reproductive Biology (TCRB). Organized around the theme, "Translating Fundamental Reproductive Sciences," the meeting highlighted research that can lead to solutions for public health concerns.

This year’s meeting was the 23rd, but the roots of the consortium go back to 1989. That year John Vandenbergh, Ph.D., professor emeritus at North Carolina State University (NCSU), and the late Clement Markert, Ph.D., also of NCSU, developed the idea for a cooperative effort among reproductive biologists in the Research Triangle region of North Carolina.

Along with keynote and plenary speakers, and 35 abstracts presented in a poster session, this year’s meeting continued the tradition of connecting local researchers with students. The experience is a valuable one for trainees, according to Humphrey Yao, Ph.D., head of the NIEHS Reproductive Developmental Biology Group. “We are proud that NIEHS trainees took the opportunity to present their results and receive feedback from their peers,” he said. “This experience will prepare them for presentations at formal national and international meetings, as well as job interviews.”

The first presentation of the day was by Michael Soares, Ph.D., University Distinguished Professor and director of the Institute for Reproductive Health and Regenerative Medicine at the University of Kansas Medical Center. In his keynote address, “Adaptive Mechanisms Controlling Hemochorial Placentation,” Soares discussed the adaptive pathways present during early fetal development, specifically plasticity and placentation.

“The formation of the placenta, which facilitates the delivery of nutrients to the fetus, is central to the early survival of the embryo,” he explained. Soares’ research group observed that the placenta is formed in response to cues present in the maternal environment, and that faulty adaptive responses during fetal development may lead to long-lasting impacts for health as an adult.

In addition to the keynote address, three researchers gave plenary lectures. Wendy Jefferson, Ph.D., shared her work on neonatal estrogen exposure and development of the reproductive tract, in a talk “Early Estrogen Exposure Alters Reproductive Tract Development: Mechanisms and Translation Implications.” Jefferson, a biologist in the NIEHS Reproductive Medicine Group, indicated that such exposure can alter global gene expression through locus-specific chromatin modifications, essentially leaving a fingerprint on your DNA.

Maureen Su, M.D., presented her laboratory’s research on the autoimmune regulator (AIRE), an important androgen-regulated gene, in her talk, “Mechanisms of Gender Differences in Autoimmunity.” Up to10 percent of the population is affected by autoimmune disorders, with a disproportionally higher percentage in women. Su, assistant professor of pediatrics at the University of North Carolina at Chapel Hill (UNC) School of Medicine, speculates that there may be many reasons for these gender differences, including protection by androgens, a class of male hormones. Her research incorporated a multiple sclerosis model, where AIRE induction by androgens diminished disease severity.

In addition to the invited speakers, four of the poster session’s 35 abstracts were chosen for oral presentation. NIEHS postdoctoral fellows gave three of the four oral presentations. Also, for the first time, the Campion Fund, supported by the Phyllis and Mark Leppert Foundation for Fertility Research, (see text box), provided awards for best oral presentation and best poster presentation to two junior investigators. In the inaugural year of this award, both recipients were from NIEHS (see story). 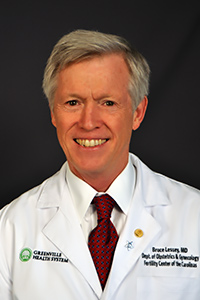 In addition to his academic appointment, Lessey practices reproductive endocrinology as part of the Greenville [S.C.] Health System. (Photo courtesy of Bruce Lessey) 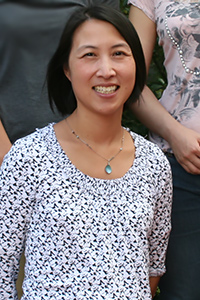 The Campion Fund recognizes the need to support and fund scientists studying human reproductive diseases. The Phyllis and Mark Leppert Foundation, a 501 (c) (3) public charity, was founded to promote basic biomedical research in this area, and the Campion Fund supports research through tax-deductible donations to the Foundation. In addition to funding scientists through the Campion Fund, the Leppert Foundation works to provide education regarding fertility research to the public and will host an annual conference for the scientific community.