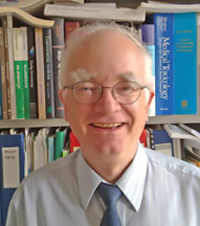 Grandjean said that methods are in place to test industrial chemicals for harmful effects on children’s brain development. (Photo courtesy of Harvard School of Public Health) 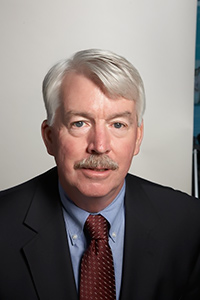 Based on a review of current published research, scientists funded by NIEHS have identified several additional industrial chemicals documented in scientific literature as toxic to brain development and the human nervous system. In a new study published in the journal Lancet Neurology, the authors suggested that compounds including metals, solvents, and pesticides may be partially responsible for the increased prevalence of neurodevelopmental disorders in children.

The developing brain and chemical exposures

The researchers emphasized in their paper that the developing brain is uniquely vulnerable to toxic chemical exposures.

“We need a new paradigm of action to protect the brain development of the next generation,” said Philippe Grandjean, M.D., adjunct professor of environmental health at the Harvard School of Public Health. “I believe children worldwide are exposed to thousands of untested chemicals.”

“In only seven years, the number of industrial chemicals recognized to have impacts on brain development has doubled,” added Philip Landrigan, M.D., M.Sc., the Ethel H. Wise Professor of Preventive Medicine, Chair, Department of Preventive Medicine, and Director of the Children's Environmental Health Center at the Icahn School of Medicine at Mount Sinai.

They wrote in their paper that new data have emerged about both the vulnerability of the developing brain and the neurotoxicity of industrial chemicals. They explained that epidemiological birth cohort studies are a source of this new data.

“It’s important that policy decisions should be based on the most current scientific research available,” said Linda Birnbaum, Ph.D., director of NIEHS and the National Toxicology Program. She said this study could help guide continuing efforts to evaluate chemicals as mandated by the federal Toxic Substances Control Act (TSCA). “Science has seen a lot of advances since TSCA was enacted in the 70s, including new methods and technologies to conduct research. This paper, and its examination of current research, lends support to the need for a fresh perspective on chemical evaluation.”

Looking at lots of chemicals

The researchers also noted that dealing with mixed exposures is a problem. They wrote that most populations are exposed to several chemicals, pollutants, and other environmental agents simultaneously, yet most studies only have enough power and precision to discern effects of a single exposure at a time. “For many years we’ve looked at individual agents, but now are beginning to successfully estimate risk from combinations of exposures,” Birnbaum added. “No one is exposed to just one chemical.”

Press releases on the study were released by The Lancet, Harvard School of Public Health, and Icahn School of Medicine at Mount Sinai.


Table 1: Industrial chemicals researchers documented as toxic to brain development in human beings in 2006 and 2013, grouped by chemical type. (Table courtesy of The Lancet Neurology)


Table 2: Industrial chemicals researchers documented as toxic to the human nervous system in 2006 and 2013, grouped by chemical type. (Superscripts refer to the reference list of the published paper. Table courtesy of The Lancet Neurology)