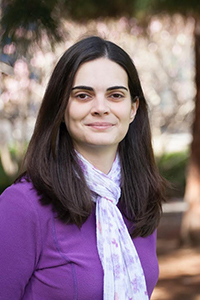 Pino-Yanes and colleagues demonstrated that disparities in asthma prevalence and lung function among Latinos can be partially explained by differences in genetic ancestry. (Photo courtesy of Sam Oh, UCSF) 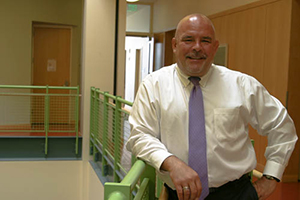 Burchard’s research has shown that, in comparison to white children, a higher percentage of minority children are not helped by inhaled asthma rescue medications. (Photo courtesy of Sam Oh, UCSF)

Researchers at the University of California, San Francisco (UCSF) and collaborators have shown that, among U.S. Latino children, the risks of developing asthma and lower lung function vary with genetic ancestry, even after adjusting for well-known social and environmental risk factors.

The study assessed asthma prevalence and lung function in 5,493 Latino children who were identified as being of Mexican, Puerto Rican, or other Latino ethnicity. “This is the largest, most comprehensive study of its kind in minority children,” said lead study scientist Esteban Burchard, M.D., a professor of bioengineering and therapeutic sciences at UCSF. Largely funded by NIEHS, the study was published online Oct. 6 in the Journal of Allergy and Clinical Immunology.

Even without asthma, lung function was lower among children with more African ancestry.

The scientists analyzed data from three previous independent studies. Using genotyping and sophisticated statistical methods, they were able to distinguish genetic influences on disease risk from environmental factors. The researchers found that the study results did not change when environmental or socioeconomic factors were considered, suggesting that genetic differences were the primary cause of the disparities.

“We took into account a wide variety of possible confounders that have never been considered in any other previous study of ancestry and asthma,” said Maria Pino-Yanes, Ph.D., a postdoctoral fellow in Burchard’s lab and lead author of the study. “We included exposure to air pollution in the first year of life, indicators of socioeconomic status, mother’s highest education level, child’s health insurance status, discrimination, acculturation, and variables related to secondhand smoking.”

The findings may have an immediate impact on clinical practice. Doctors currently compare lung function test results to a standard reference to determine if the patient has lung disease, such as asthma, and the severity. Results showing differences in normal lung function among Latino children of diverse genetic ancestries suggest that the diagnosis of asthma and other lung disease in these groups should be more refined than it is at present.