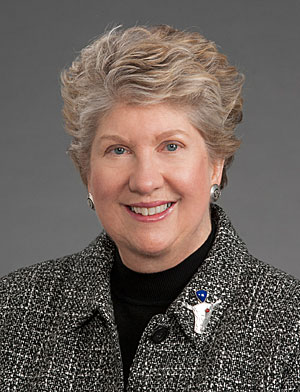 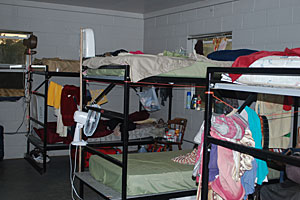 After working all day in extreme heat, migrant farmworkers continue to feel the effects of dangerous heat and humidity throughout the night, according to a new NIEHS-funded study. Researchers led by Sara Quandt, Ph.D., from Wake Forest School of Medicine reported the new findings, which have implications for worker safety and health.

“Migrant workers have a unique situation because their housing is usually provided by the employer,” Quandt said. “Although some farmworker housing in North Carolina is exemplary, that is really the exception. Most housing is so crowded and of such poor quality that it is nearly impossible to get cool at night.”

The new study is part of a larger community-based participatory research project examining the relationship between farmworker housing and health. The researchers have been conducting research with farmworkers since 1996, working with many North Carolina organizations and clinics that serve farmworkers, including the North Carolina Farmworkers Project in Benson and Student Action with Farmworkers in Durham. These community partners brought their concerns about the heat in farmworker housing to Quandt’s research.

The researchers responded to the concerns by assessing the evening heat index in 170 common rooms and 316 sleeping rooms at 170 North Carolina migrant farmworker camps during the summer.

They found that many of the farmworker camps had windows that didn’t open or lacked screens to keep out insects if they did open. More than three-quarters of the common rooms (134; 79.8 percent) and more than half of the sleeping rooms (187; 60.7 percent) had no air conditioning. Electric fans were used in many of the sleeping rooms (248; 78.5 percent). Most heat index measurements — 89 percent in common rooms and 81 percent in sleeping rooms — exceeded the danger threshold of 80 degrees Fahrenheit, combined with at least 40 percent relative humidity.

“The combination of high heat and humidity impairs sleep quality, and if the farmworkers can’t recover from the heat they experience during the day, they may be more at risk for on-the-job injuries,” Quandt said. “Also, the high heat index can worsen any dehydration they may be experiencing.”

Dehydration can be a significant problem for the farmworkers, especially because many of them are drinking contaminated water. A study published by the researchers last year reported that drinking water from all 181 farmworker camps they visited contained total coliform bacteria, and 34 percent of the camps had total coliform levels higher than those allowed by U.S. Environmental Protection Agency water standards.

The researchers are now working with their community partners to craft policy briefs that can be used to educate policymakers at local, state, and national levels about the research findings and issues related to the dangerous evening heat indexes in farmworker housing.