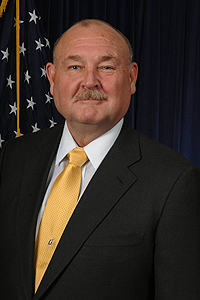 Allen was selected by President Obama to lead the federal response to the Deepwater Horizon oil spill as the National Incident Commander. (Photo courtesy of U.S. Naval Academy)

Lichtveld told conference attendees that NIEHS was active in the oil spill recovery and was funding many health studies in partnership with Gulf coast communities and universities. (Photo courtesy of Tulane University)

More than 1,000 scientists gathered in New Orleans Jan. 21-23 to share what they’ve learned so far about the 2010 Deepwater Horizon oil spill and its effects on the environment and communities. The Gulf of Mexico Oil Spill and Ecosystem Science Conference was sponsored by the BP’s Gulf of Mexico Research Initiative (GoMRI), along with 13 other organizations, including NIEHS. The event was the first public presentation of research findings and an opportunity for government agencies, academia, and private industry to build partnerships focused on sustaining long-term environmental health.

“It was important for NIEHS to be part of this conference, because research on human health needs to be included in the broad discussion of ecosystem restoration,” said Senior Advisor Allen Dearry, Ph.D., who represented NIEHS on the conference steering committee and served as co-chair for the conference sessions on public health impacts of the oil spill.

In total, NIEHS staff and grantees gave 12 presentations and 10 poster sessions on NIEHS-supported recovery efforts, including the GuLF STUDY, the university-community research projects funded by $25 million in NIH grants, the toxicology testing of oil and dispersants, and safety training for cleanup workers.

Over the course of the three-day symposium, some common themes prevailed. First, there was broad consensus that emergency response plans should allow research efforts to begin on day one of a disaster. Second, researchers should collect as much data about the people as they do about the biophysical environment. And third, response and research must address the human dimension, including health, economic, and social stressors.

Retired U.S. Coast Guard Adm. Thad Allen, who headed the oil spill Unified Command, gave the opening keynote speech for the conference. “One of the final actions I took was to order the collecting of water samples and oil samples for research … We probably gave up our chance to get baselines,” Allen said. “We need to come up with a science response plan, to go along with the disaster response plan. I would endorse creating a science team with the necessary background and security credentials already in place.”

Maureen Lichtveld, M.D., an NIEHS grantee and chair of the Tulane University Department of Global Environmental Health Sciences, expanded this idea in her plenary talk, saying, “We need upfront approval to do human subjects research — a shovel ready approval — and a plan on the shelf.”

A shortage of baseline data posed a serious challenge for all the scientists who presented their research, whether they were studying people, sea life, plants, or water quality. “We need to know the state of the environment, so we can measure change,” said John Farrington, Ph.D., scientist emeritus at Woods Hole Oceanographic Institution. “We know that oil spills are one of the multiple stressors on the Gulf of Mexico ecosystems. The next generation of scientists needs to make sure we are better prepared with updated baselines.”

The ecosystem includes people too

“The health of the environment and the health of the community are inextricably linked,” Lichtveld said. “Let’s break down the silos of doing ecosystem research separate from health research.”

Michael Orbach, Ph.D., director of the Coastal Environmental Management Program at Duke University, said there is a lack of social science in environmental policy. “We know a lot more about the fish than we know about the fisherman,” he said, as he called for more research on socioeconomic impacts. Orbach made the point that economic stress influences social behavior and resiliency — a word heard often during the conference, meaning the ability for ecosystems and communities to bounce back after a disaster. “As scientists, we need to document the benefits, as well as the costs, of the oil industry. There is a balance that is not always acknowledged by my friends, the marine biologists.”

“We want to thank you for everything that you’ve done to support NIEHS studies in your communities,” said Birnbaum. “We simply could not do the research without you.” 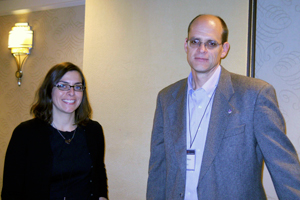 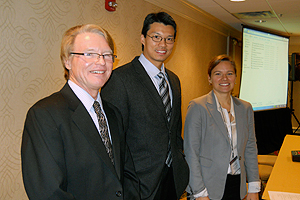