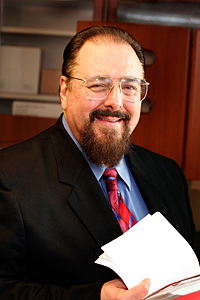 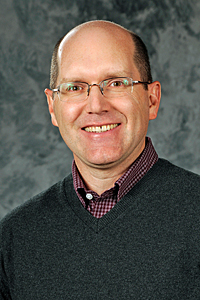 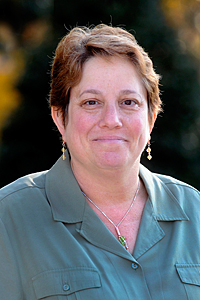 An NIEHS-sponsored workshop in September 2010, which brought together dozens of experts on autoimmune diseases to examine the state of the science in the field, has resulted in four new papers published online this summer, each with the goal of improving diagnosis, treatment, and prevention in the future.

The more than 80 autoimmune diseases include relatively well-known illnesses, such as multiple sclerosis, lupus, and rheumatoid arthritis, as well as those that are extremely rare. Although most autoimmune diseases are individually unusual, collectively they are among the most prevalent diseases in the U.S., affecting as many as 23.5 million Americans. Although various autoimmune diseases impact different parts of the body, they share a common characteristic — in each case, autoantibodies attack the host’s own cells, tissues, or organs.

The papers from the NIEHS expert panel workshop, all of which were e-published in the Journal of Autoimmunity, demonstrate that increasing evidence supports a role for the environment in the development of autoimmune diseases.

One group of experts was led by Fredeick Miller, M.D., Ph.D., who is NIEHS acting director of clinical research and chief of the Environmental Autoimmunity Group based in Bethesda, Md. Miller worked on developing criteria for identifying which autoimmune disease phenotypes are associated with environmental triggers. The paper laid out approaches that are useful for developing criteria and outlined the types of studies needed to identify autoimmune diseases in which the environment plays a causative role.

A second paper reviewed available evidence about environmental factors in specific autoimmune diseases. It also identified both the gaps in knowledge and the research needed to fill those gaps. “Identifying environmental risk factors is a critical first step in prevention,” said Miller, who was the lead author of the paper and coordinated an expert panel on the epidemiology of environmental exposures.

The panel identified high priority areas that need more study. For example, although a review of existing data could not definitively establish a link between autoimmune diseases and pesticides, the experts noted that repeated epidemiological studies have found that farmers have higher risks for rheumatoid arthritis and lupus.

Dori Germolec, Ph.D., head of the NIEHS Division of the National Toxicology Program Systems Toxicology Group, was the first author of a paper assessing animal model studies that increased confidence in links between autoimmune diseases and the environment.

The review concluded, for example, that studies in animals had led to a high degree of confidence that exposures to mercury and pristane, as well as infection with Streptococcus and Coxsackie B virus, affected development of specific autoimmune diseases. A second level of consensus identified exposures likely to influence autoimmunity, and recommended more study.

A fourth paper reviewed the most promising major theories about the mechanisms by which the environment influences autoimmunity. The paper concluded that those theories, used in concert with animal models and epidemiological studies, can provide a comprehensive picture of the environmental causes of autoimmune diseases. The lead author on the study was Carlo Selmi, M.D., a physician-scientist with joint appointments at the Humanitas Clinical and Research Center in Milan and the University of California, Davis.

(Cindy Loose is a contract writer with the NIEHS office in Bethesda, Md.)