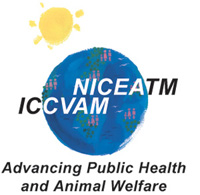 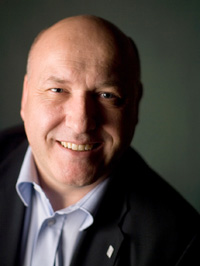 Along with efforts well underway in Europe, writes Jeffrey Perkel in the Science article, animal-free toxicology in the U.S. is demonstrating that, sometimes, in vitro is better than trying to subject tens of thousands of chemicals to time-consuming and expensive animal testing. The goal of these initiatives is to identify the biomolecular changes triggered by toxic exposure that lead ultimately to the pathological outcomes, or apical endpoints, measured in traditional animal studies.

Mapping perturbed pathways as a guide to high-throughput screening

Hartung, a Doerenkamp-Zbinden professor and chair for evidence-based toxicology at the Johns Hopkins University Bloomberg School of Public Health, has embarked on a six-year NIEHS funding quest to map the biomolecular pathways perturbed in response to toxicity by endocrine disruption that will mark one important step forward toward the gargantuan task. “Mapping the entirety of these [toxicity] pathways (i.e., the Human Toxome),” Hartung wrote in his grant description, “will be a large-scale effort, perhaps on the order of the Human Genome Project.”

In addition to funding such researchers as Hartung, NIEHS/NTP is also a part of two forward-thinking interagency consortia working to expand use of in vitro testing and reduce reliance on animals. The newest, known as Tox21, is a partnership among NIEHS/NTP, the NIH Chemical Genomics Center (NCGC), the U.S. Environmental Protection Agency, and the U.S Food and Drug Administration, to develop predictive toxicology using high-throughput screening.

Tox21 has set its sights on screening 10,000 plus compounds on an NCGC robotics platform. The information that high-throughput screening yields will help identify toxicity pathways that will be the basis for more targeted assays.

The NTP Interagency Center for the Evaluation of Alternative Toxicological Methods (NICEATM) also administers a partnership known as the Interagency Coordinating Committee on the Validation of Alternative Methods (ICCVAM). With representatives from U.S. federal regulatory and research agencies that require, use, generate, or disseminate toxicological information, ICCVAM is charged with promoting the validation and regulatory acceptance of new alternative test methods that may reduce, refine, and replace animal use for safety testing of various chemicals, medicines, and consumer products.

To date, ICCVAM has contributed to the regulatory approval of more than 49 alternative methods. Replacing animals with in vitro testing to ensure consumer and worker safety isn’t always possible. But when they can’t replace animals, alternative methods strive to use many fewer animals and to make safety testing with animals less harmful, painful, and stressful.

Everyone Perkel interviewed for his story conceded that the challenges are enormous, and that progress toward realizing predictive toxicology and reducing animal testing, as much as possible, will take several years. Still, the effort is receiving government support from such agencies as NIEHS/NTP and private sector involvement is growing.