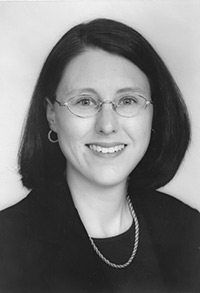 Brandt’s research focuses on two areas where traditional economic theories have failed to solve difficult problems in the allocation of public goods — fisheries management and chronic illness. (Photo courtesy of the University of Massachusetts Amherst) 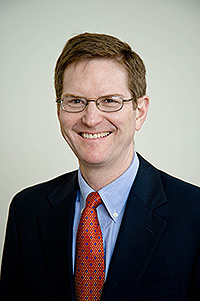 McConnell is the lead researcher for a large prospective cohort study within the Children's USC Health Study investigating environmental factors involved in the development and exacerbation of asthma. (Photo courtesy of USC)

The impact of asthma on health and quality of life is severe, and a new study by NIEHS-funded researchers emphasizes that the economic costs attributed to childhood asthma, induced or exacerbated by traffic-related pollution, are equally troubling. Their findings appeared online Jan. 26 in the European Respiratory Journal.

Using new methodology that includes estimates of asthma cases directly caused by traffic pollution, researchers estimated an economic burden of more than $18 million annually for the communities of Long Beach and Riverside in Southern California. “The fact that together these two communities account for only 2 percent of the population of California suggests that the statewide costs are truly substantial,” the researchers wrote, noting that the total cost nationwide is a significant economic burden that disproportionately falls on those living near high traffic corridors.

Sylvia Brandt, Ph.D., an associate professor of resource economics at the University of Massachusetts Amherst, was first author on the study. The lead researcher was NIEHS grantee Rob McConnell, M.D., a professor of preventive medicine and the deputy director of the NIEHS/U.S. Environmental Protection Agency-supported Children’s Environmental Health Center at the University of Southern California (USC).

The work relied heavily on previous work by McConnell’s group that derived the extent of childhood asthma care in Long Beach and Riverside attributable to traffic-related pollution, along with estimates of the economic cost of this care gathered from a variety of sources.

Typically, risk assessment analyses of the economic impact of air pollution have considered only how it leads to an increase in symptoms and the direct costs for medical treatment of existing asthma cases. “Traditional risk assessment methods underestimate both the burden of disease and cost of asthma associated with air pollution,” the authors argued.

The unique methodology in this study also allowed an estimate of asthma cases that were directly caused by traffic pollution and the indirect costs of caring for a child with asthma. The authors found that including this data almost doubled the estimated economic cost for these two communities alone. They propose that the novel approach used in the study is widely applicable for studying other urban areas with concentrations of housing close to major roadways.

Brandt found that the average annual cost of asthma care was approximately $4,000 per case, with the loss of income due to the need to care for an affected child as the largest single component of cost.  The authors said they used conservative cost estimates and did not account for the decrease in quality of life due to the disease. This cost value represents 7 to 8 percent of the median household income in this area, a level the authors consider as unsustainable for the average family.

Brandt noted that costs of asthma care could be decreased by policies to improve air quality, including tighter emission limits, more use of public transportation, and limitations on housing developments in close proximity to major roads. As cost of asthma care is equal to more than 20 percent of the annual budget for the Long Beach Department of Health and Human Services, there could be a significant return on investments in improving air quality.