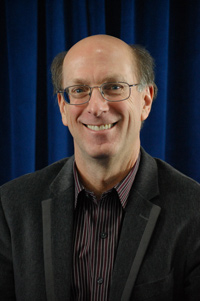 Eaton will join the distinguished group of scientists who have served on IOM, among them NIEHS/NTP Director Linda Birnbaum, Ph.D. (see story (https://factor.niehs.nih.gov/2010/november/spotlight-birnbaum.cfm)) who was elected in 2010. (Photo courtesy of the University of Washington)

, has been elected a member of the IOM.

Eaton is professor of environmental and occupational health sciences in the UW School of Public Health and associate vice provost for research-external relations in the UW Office of Research.

At the UW, Eaton directs the Center for Ecogenetics and Environmental Health (https://projectreporter.nih.gov/project_info_details.cfm?aid=8055670&icde=10177947)

He is among 65 Americans and five foreign associates newly elected to the IOM. Election to the IOM is considered one of the highest honors in the fields of health and medicine. Membership recognizes individuals who have demonstrated outstanding professional achievement and commitment to service. Eaton brings to 53 the number of UW faculty members who have been elected to the IOM.

"It is with great pleasure that we welcome these distinguished and accomplished individuals to the Institute of Medicine," said IOM President Harvey V. Fineberg, M.D., Ph.D. "Each of them stands out as a professional whose research, knowledge, and skills have significantly advanced health and medicine, and their achievements are an inspiration. The Institute of Medicine is greatly enriched by the addition of our newly elected colleagues."

Eaton is highly regarded for his work on toxins in the environment. Nationally, he is past president of the Society of Toxicology and treasurer of the American Board of Toxicology. His active roles on boards and commissions studying environmental health include serving on the National Academy of Sciences/National Resource Council Board on Environmental Studies and Toxicology.

He has chaired or served on numerous other National Academy of Sciences committees dealing with controversies in toxicology, such as safe levels of arsenic in drinking water, evaluation of the U.S. Environmental Protection Agency's risk assessment on dioxins in the environment, and a review of the federal strategy to address environmental health and safety issues related to nanomaterials.

New members to the IOM are elected by active members through a highly selective process that recognizes individuals who have made major contributions to the advancement of the medical sciences, health care, and public health. "I am deeply honored by this recognition from my peers," said Eaton. "To share in this distinction with faculty from the UW who have been elected in past years is the greatest honor I could ever hope to achieve. I'm humbled to be included in this distinguished group.

The IOM is unusual in its structure as both an honorific membership organization and an advisory organization. It was established in 1970 as the health branch of the National Academy of Sciences, and is a national resource for independent, scientifically informed analysis and recommendations on health issues. Its members commit to serve voluntarily on the institute's committees, boards, and other activities. Eaton received his Ph.D. in pharmacology in 1978 from the University of Kansas Medical Center, where he also completed a postdoctoral fellowship in toxicology. In 1979, he moved to Seattle to join the UW faculty. Eaton is an elected fellow of the American Association for the Advancement of Science and the Academy of Toxicological Sciences. He has published more than 150 scientific articles and book chapters on toxicology and risk assessment.

(Elizabeth Sharpe is communication director in the Department of Environmental and Occupational Health Sciences at the University of Washington School of Public Health. Her story first appeared Oct. 17 as a press release (http://www.washington.edu/news/author/elizabeth-sharpe/)