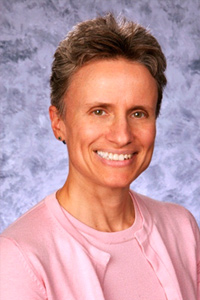 London holds dual appointments in the NIEHS Epidemiology Branch and the Laboratory of Respiratory Biology. (Photo courtesy of Steve McCaw) 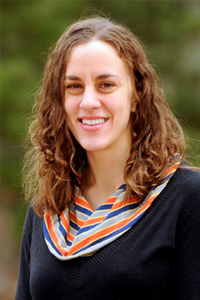 Joubert is a research fellow in the Epidemiology Branch. (Photo courtesy of Steve McCaw)

By combining two large genome-wide association studies (GWAS), a team of researchers has found 16 new loci or specific locations on genes that are responsible for determining proper lung function. The results came from the more than 48,000 individuals who participated in SpiroMeta, a European-based consortium, and Cohorts for Heart and Aging Research in Genomic Epidemiology (CHARGE), a consortium based in the U.S. The results appeared online (https://www.ncbi.nlm.nih.gov/pubmed/21946350)

Sept. 25 in the journal Nature Genetics.

“The finding basically opens doors into pulmonary pathophysiology,” said NIEHS senior researcher Stephanie London, M.D., Dr.P.H. (https://www.niehs.nih.gov/research/atniehs/labs/iidl/pi/gen-epi/index.cfm), co-author on the paper and an organizer for the pulmonary function group within the CHARGE Consortium. “It allows us to study what could go wrong in the lung, as well as understand normal lung development.”

The research team prevented experimental duplication and produced twice as much data by putting both consortia together. London explained that increasing the sample size boosted statistical power and enabled the scientists to find things they wouldn't have ordinarily found in their half of the data.

London said the team used a machine that measured two parameters that are standard clinically used methods for testing normal lung function. Participants were instructed to breathe in and blow out into the machine as hard as they could. The amount exhaled in the first second was the first parameter called forced expiratory volume in one second or FEV1. When participants kept blowing until they couldn't blow anymore, the researchers had a measure of the total amount of exhaled air called forced vital capacity, or FVC.

The data set contained approximately 2.5 million single nucleotide polymorphisms (SNPs) from subjects participating in one of 23 epidemiological studies. The highest ranking SNPs in the top loci underwent follow-up replication studies. The resulting 16 novel gene loci are important, according to London, because they expand the list of gene targets involved in determining normal or abnormal lung function.

Although the results represent a substantial leap in pulmonary research, today's lung specialists aren't going to put this work into practice just yet.

“From a clinical point of view, these are modest size effects,” London added, “but the doctors of the future might prescribe medications for pulmonary disease based on knowledge that could come out of these discoveries.”

Epidemiology research on a global scale

London said large collaborations can generate a wealth of worthwhile information, but many people don't realize the amount of work that goes into one of these projects. One of the main points is having a high level of coordination, not just between lots of groups, but also between individuals within these groups. More than 150 authors appear on the article, with each of them playing a role in generating, analyzing, or interpreting the data ( see text box for more information).

One of these researchers, Bonnie Joubert, Ph.D., is a research fellow in London's group. Joubert considers herself fortunate to have worked with so many talented scientists. She said, “It is a privilege to be involved in a consortium of this size and scope because it offers important contributions to the fields of genetic epidemiology and respiratory disease.”

London agreed that the final results were well worth the time and financial resources it took to produce them.

“Sometimes you hear scientists say, ‘We spent all this money on GWAS and what have we really learned?,'” London said. “This research is an example in which we've really learned a lot from GWAS.”

In addition to London and Joubert, two other researchers on the author list have ties to NIEHS. Dana Hancock, Ph.D., is a former postdoctoral fellow in the NIEHS Epidemiology Branch and is a special volunteer in London's group. She is currently a genetic epidemiologist in the Behavioral Health Epidemiology group at RTI International. Laura Loehr, M.D., Ph.D. (http://www.sph.unc.edu/?option=com_profiles&Itemid=6711&profileAction=ProfDetail&pid=701641979)

, was also an Epidemiology Branch postdoctoral fellow when she started working on the project and is now a research assistant professor at the UNC Gillings School of Global Public Health in Chapel Hill, N.C.