Androphy and Burr Appointed to Senior Posts at NIEHS 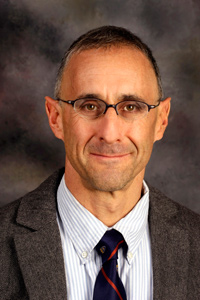 Androphy, above, oversees a four-person group of ethics specialists who offer guidance in person and through a special NIEHS intranet site.
(Photo courtesy of Steve McCaw) 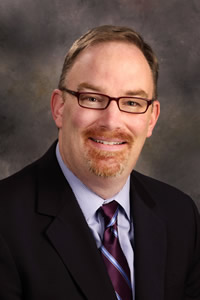 Burr, above, supervises the administrative personnel who provide a range of support to their assigned branches and offices, in areas ranging from travel and communication to performance review, authorization, and documentation.
(Photo courtesy of Steve McCaw)

During the final weeks of 2009, NIEHS announced the appointments of Deputy Ethics Counselor Bruce Androphy, J.D., and Administrative Management Branch Chief Matt Burr to senior posts at the Institute.

With his appointment in the Office of the Director, Androphy will provide on-site consultation for NIEHS personnel to achieve the highest level of compliance with NIH ethics guidelines. As Chief of the Administrative Management Branch in the Office of Management, Burr will lead the efforts of the Institute's integrated administrative officers and staff, who provide support to employees across the Institute.

Prior to joining NIEHS, Androphy served for nearly three years as the first executive director of the Tennessee Ethics Commission, established in 2006 in response to the Tennessee Waltz bribery scandal. In that role, he oversaw the Commission staff, was responsible for the Commission's operations and mission, and advised the Commission members. He dealt extensively with members of the Tennessee state legislature and legislative lobbyists (see Androphy in action in a March 2007 YouTube video (http://www.youtube.com/watch?v=UnOCYucAdTg)

Before assuming his position in Tennessee, Androphy was general counsel to the New York State Ethics Commission, where he worked for almost 17 years. As general counsel, he was involved in issues surrounding state-sponsored scientific research. He is a member of the Council on Governmental Ethics Laws (COGEL) (http://www.cogel.org/?page=History)

, an international government ethics society that includes NIEHS as a member organization.

A graduate of the University of Pennsylvania, Androphy received his law degree from George Washington University National Law Center in Washington, D.C.

Burr has been at NIH in Bethesda since 1991, serving in a variety of extramural and intramural program positions. Early in his career, he entered the NIH Management Intern Program, which allowed him to gain broad administrative experience at four Institutes and the NIH Office of the Director.

Burr has also served on a number of NIH-wide committees and is a past recipient of the NIH Director's Award. A native of Maryland, Burr is a graduate of the University of Maryland at College Park.