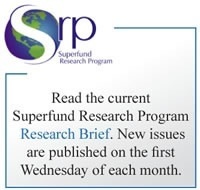 According to research recently published by NIEHS grantees, mortality climbs during summer heat waves in the United States almost every year. These results have policy implications for addressing the burden of heat waves and for estimating the possible health effects of climate change.

According to the study, the average daily risk of non-accidental death increased 3.74 percent during the heat waves studied in 43 U.S. cities from 1987 to 2005. For each one-degree increase above average temperature, the risk of death increased 2.49 percent and 0.38 percent every day the heat wave continued. For the purposes of this study, heat waves were defined as two or more days when the average mean temperature exceeded the 95th percentile of temperatures for May through September for a given city.

Daily risk of mortality was almost double during the first heat wave of the season compared to later heat waves. The authors conclude that people were not acclimated to the heat early and may not have taken appropriate precautions such as using air conditioning or fans and curtailing outside activities. Risk of mortality was greatest in the Northeast and Midwest and the risk of death soared during catastrophic heat waves in 1995 in Chicago and Milwaukee.

NIEHS grantees write of the need for the study of the exposome in the October 22 edition of Science. The word exposome was coined in 2005 and is defined as the record of all exposures, both internal and external, that individuals receive throughout their lifetime.

Martyn Smith and Steve Rappaport advocate for identifying exposures during critical windows of development. They employ the analogy of a movie trailer to explain their idea. A movie represents an individual's life and each frame of the film represents an exposure. Just as a movie trailer condenses all the important parts of the film into about 30 seconds, they believe that having a record of exposures during the important parts of our lives would be beneficial in predicting and preventing disease.

Scientists and others advocate a top-down approach using various 'omics technologies to gather information needed to understand the exposome. Their approach is to measure gene expression, protein adducts, metals, and metabolites in blood, and then use data analysis to determine which exposures are related to disease.

The idea of the exposome is gaining traction in the scientific community and in the chemical industry as well. Industry representatives think that a better understanding of exposures will exonerate many chemicals that are widely feared.

NIEHS-supported scientists at Ohio State University report that low-dose exposure of human breast epithelial cell cultures to bisphenol A causes epigenetic changes, suggesting that this model may be widely useful in studying the health effects of bisphenol A and other endocrine disruptors.

There is wide evidence that early exposure to bisphenol A and other estrogen-like compounds may increase breast cancer risk later in life. An epigenetic process has been postulated for this effect, but it is not well understood.

The researchers identified 170 genes with similar gene expression changes after the low-dose bisphenol A exposure. Further analysis revealed that the expression of the gene for lysosomal-associated membrane protein 3 was epigenetically silenced. Additional studies found the same effect in estrogen receptor alpha-positive breast tumors. The authors conclude that the combination of their exposure model, epigenetic analysis, and other assays can lead to a better understanding of the heritable effects of low-dose bisphenol A exposure in human cells.

NIEHS-supported investigators at the Cincinnati Children's Hospital Medical Center have discovered a genetic basis for determining the severity of asthma. The work, carried out in laboratory mice, could form the basis for future therapeutic strategies to treat asthma.

Asthma cases have been increasing in the past few decades. The disease is triggered in susceptible people by components of air pollution, allergens, tobacco smoke, and other environmental agents.

The research team identified a pro-inflammatory protein called interleukin-17A as the chief cause of severe asthma-like symptoms in their laboratory animals. They found that exposure to allergens causes incorrect regulation of a gene called complement factor 3 that is part of the innate immune system. This results in overproduction of interleukin-17A, which in turn contributes to ever increasing inflammatory responses and hyper airway responsiveness and airflow obstruction.

The research team will continue to study the interaction of complement factor 3 and interleukin-17A in severe asthmatics, with the hope of targeting one or both of the pathways for the treatment of severe asthma.

2010. Complement-mediated regulation of the IL-17A axis is a central genetic determinant of the severity of experimental allergic asthma. Nat Immunol 11(10):928-935.

(Jerry Phelps is a program analyst in the NIEHS Division of Extramural Research and Training.)

next story - "Intramural Papers of the..."
December 2010 Cover Page