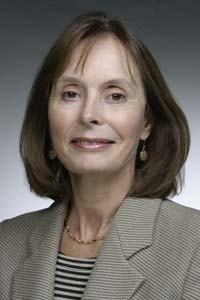 "This research is aimed at detecting early signs of asthma risk, so that we can better prevent this chronic disease that affects as many as 25 percent of children in Northern Manhattan and elsewhere," Perera explained. (Photo courtesy of Columbia University's Mailman School of Public Health) 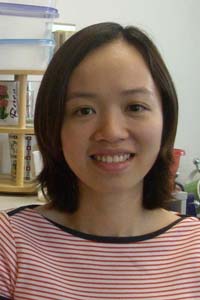 Second author Tang took the lead in performing experiments for the basic research component of the study and made major contributions to design, data analysis and write-up of the study. (Photo courtesy of Shuk-mei Ho) 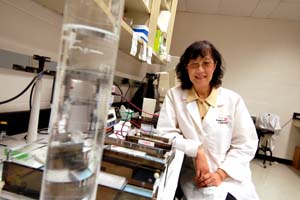 Chief author Shuk-mei Ho maintained, "Our data support the concept that environmental exposures can interact with genes during key developmental periods to trigger disease onset later in life and that tissues are being reprogrammed to become abnormal later." (Photo courtesy of the UC Academic Health Center)

A recent proof-of-principle study, funded in part by NIEHS, reports preliminary evidence of an association between transplacental exposure to traffic-related polycyclic aromatic hydrocarbons (PAHs) and childhood asthma among a cohort in New York City - where more than 25 percent of children are affected by the disease. The seven-member team of researchers at Columbia University and the University of Cincinnati maintain that their study is the first to "examine the effects of prenatal exposure to ambient air pollutants on DNA methylation patterns in genes potentially associated with the asthma phenotype in the offspring."

, published online in PLoS ONE, were Frederica Perera, Dr.PH. (http://www.mailmanschool.org/msphfacdir/profile.asp?uni=fpp1)

, professor of environmental health sciences and director of the Columbia Center for Children's Environmental Health (CCCEH) and NIEHS grantee Wan-yee Tang, Ph.D., of the University of Cincinnati (UC). The principal investigator and corresponding author was Shuk-mei Ho, Ph.D. (http://www.eh.uc.edu/dir_individual_details.asp?qcontactid=702)

, chair of the Department of Environmental Health at UC.

The paper outlines a novel study design for identifying biomarkers and surrogate disease endpoints that could serve as what the authors call a "new blueprint" for use in population-based studies. The authors described their approach as "environmental epigenetics" - a research focus that incorporates analysis of epidemiologic data with unbiased investigation into epigenetic alterations associated with disease to identify the most promising candidate genes associated with the population data. The approach is based on the concept that environmental exposures can interact with genes during key developmental periods to trigger disease onset later in life.

Subjects in the study were nonsmoking Dominican and African-American women from the Washington Heights, Central Harlem and South Bronx areas of New York City. The women were members of a CCCEH cohort who were willing to complete prenatal air monitoring and collection of a maternal and/or umbilical cord blood sample at birth. Childhood asthma in the offspring was verified by parental report of a doctor's diagnosis.

Using this approach with unbiased profiling by methylation sensitive restriction fingerprinting, the researchers were able to identify 31 candidate genes that showed differential methylation patterns between those with maternal PAH above and those with levels below the median in the cohort of 20 children. From that group of genes, they were able to narrow the field to six candidates that are known genes with CpG islands in the 5' promoter flanking region using computer-based, or in silico, analysis.

The team found a positive and significant association between methylation of a 5'-CpG island in a gene known as acyl-CoA synthetase long-chain family member 3 (ACSL3) and the level of maternal PAH exposure and parental reports of asthma symptoms in offspring prior to age five. ACSL3 is one of the candidate genes critical to T-helper cell differentiation that may induce polarization toward or away from an allergic phenotype. T cells are important in the production of cytokines and other asthma mediators. The researchers reported that additional testing showed methylation status was predicted with 75 percent sensitivity and 82 percent specificity - suggesting strongly that the methylation of ACSL3 is a putative epigenetic marker associated with PAH exposure and asthma.

In their conclusion, the study's authors described their work as "an important first step" in much-needed research to help scientists understand a theoretically preventable disease by pinpointing environmental triggers and establishing the mechanisms that initiate this complex condition. Further research is needed, they wrote, "to identify an epigenetic profile related to PAH-associated childhood asthma and determine whether reprogramming events associated with transplacental exposure to PAHs increase risk of childhood asthma."

Two of the study's authors, Rachel Miller, M.D., and Ho had identified the same research need in an earlier review (https://www.ncbi.nlm.nih.gov/pubmed/18187692?ordinalpos=4&itool=EntrezSystem2.PEntrez.Pubmed.Pubmed_ResultsPanel.Pubmed_DefaultReportPanel.Pubmed_RVDocSum)

, "Environmental Epigenetics and Asthma: Current Concepts and Call for Studies," that appeared in the March 2008 issue of the American Journal of Respiratory and Critical Care Medicine. They reviewed research into the genetic and environmental components of asthma as they called for novel approaches to understand the role of epigenetic alterations by applying newly developed technologies to epidemiologic studies.