Recent advances in science and technology now make it possible to improve how scientists evaluate the health risks posed by chemicals found in the environment.... read more

Most Americans know that February is Black History Month, but many don't realize the origins of the observance. That's why the employees of the Research Triangle Park (RTP) campus.... read more

A new plan to further reduce, refine and replace the use of animals in research and regulatory testing, commonly referred to as the 3Rs, was unveiled at a symposium February 5 in Bethesda, Md. marking the.... read more

NIEHS Bioethicist David Resnik, J.D., Ph.D., presented his latest contribution to the on-going discourse about health policy and spending priorities in the United States with his January 31 talk in Rodbell Auditorium.... read more 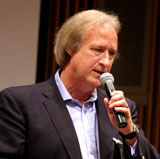 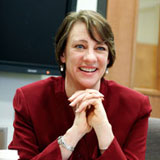 NIEHS To Celebrate Women in Science with March Events

By the time the China Day celebration on February 12 got underway, the NIEHS Cafeteria was packed with employees, contractors and relatives drawn to the event by the promise of good food and entertainment.... read more 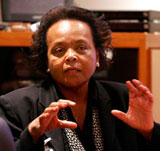 Clinical associate Edna Ballard has had ample opportunity to see the various ways that individuals face loss and express their grief.... read more 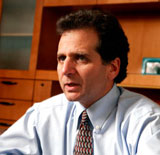 Former NIEHS Director David Schwartz, M.D., will end his three-year tenure with the Institute in May to assume a research position with the National Jewish Medical and Research Center (NJMRC) in Denver, Colo.... read more

Nutritional epidemiologist Anna Maria Siega-Riz, Ph.D., had good reason to sound alarmed when she talked about pregnancy and weight gain during her February 1 Frontiers of Environmental Sciences lecture in Rodbell Auditorium.... read more

Not all asthma sufferers have respiratory allergies, but the ones who do must be wary of certain "triggers" that initiate asthma attacks. The results of new research may help the millions of Americans who fall into this category.... read more

Some studies suggest that adults who consume foods rich in soy protein receive several health benefits such as healthy bones and a decreased risk of breast or prostate cancer, although research investigating diets rich in soy are in progress.... read more

Thanks to Hugo Alonso Zúñiga HernÁndez - and other young scientists like him - what now looks like a moonscape in the Mexican state of Sonora may one day again live up to the meaning of its name in the Opata language, the "Place of Corn.".... read more

The NIEHS appropriation for fiscal year 2008 provides for an overall budget for grants amounting to one percent more than 2007 funding.... read more

Extramural Papers of the Month

Intramural Papers of the Month